The More the Merrier: Large Bridal Parties and Big Weddings

These couples share why wedding planning doesn’t have to be stressful with a large bridal party by your side.

Every bride knows that narrowing down the final guest list is hard, but choosing the final bridal party members can be even harder. However, these couples are here to tell you that there’s no need to cut that list. A big wedding party may mean more planning and more expense, but it will be worth it to be surrounded by people you love on your special day. 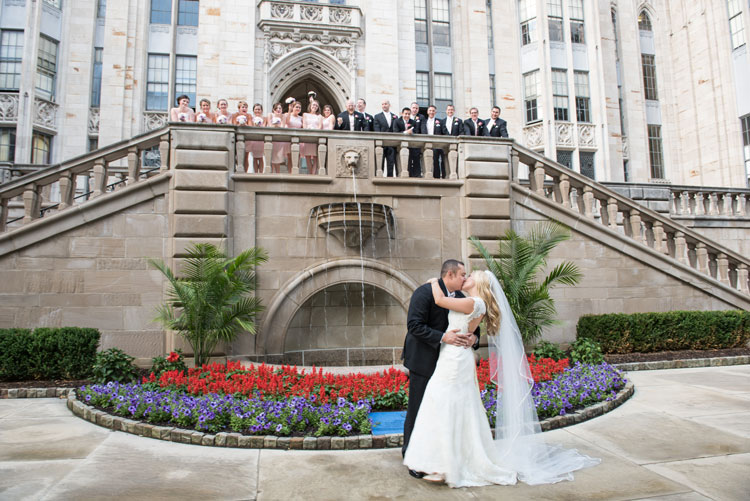 When Melissa Vrabel and Oscar Diaz picked out their wedding party, the couple wasn’t concerned with numbers – they just wanted to make sure they included all of their best friends throughout their lives, whether they were friends they hadn’t seen for a while or saw almost every day.

“Our bridal party was close friends, our siblings and my nieces,” says Melissa. “For my husband, who has many friends from different places, he chose one close friend from each ‘group’ in life — high school, college, work, [his] job when he lived in Rhode Island, and friends we couldn't live without.” 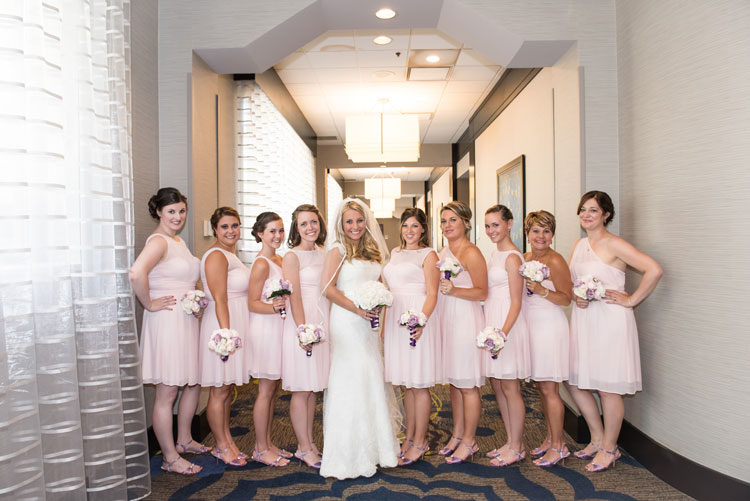 According to Melissa, the key to their stress-free wedding on July 9 was not requiring that every member of the 18-member party be at every event. In fact, the first time everyone in the bridal party came together was during the rehearsal dinner.

“It was OK if someone couldn't attend [the] bridal party, bachelor party, bachelorette party and rehearsal dinner,” says Melissa. “For us, it was about sharing our experience and celebrating with our good friends.” 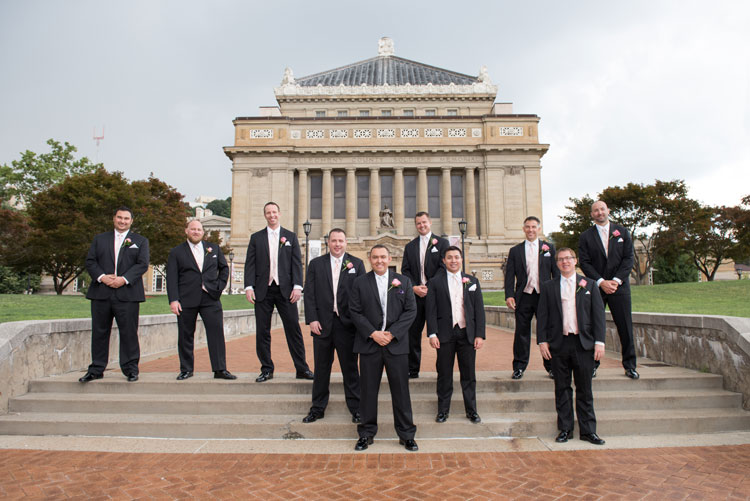 Along with celebrating their love for each other, the couple wanted to use their wedding to celebrate the friendships they have gained throughout their lives. Before their wedding, Melissa and Oscar created a photo album called, “Thanks for being part of our journey” that they filled with all of the memories they had shared with their friends and family throughout the years.

They also used the album to introduce the bridal party to the rest of the guests by labeling their pictures with rhinestone nametags in the front of the album. The couple displayed the photo album during their cocktail hour and reception. 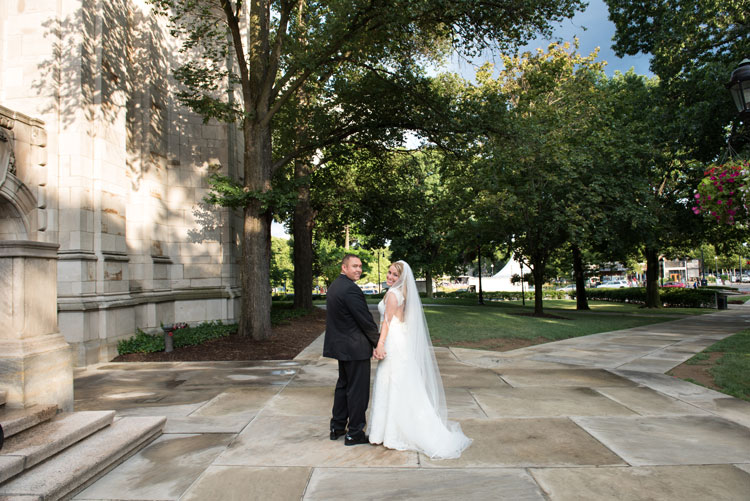 “I was surprised what a hit it actually was,” Melissa says. “Many people told me during the reception and after that they loved seeing the photos, didn't even realize some of the photos existed, and had a blast reminiscing with each other."

All in all, a large wedding party was the perfect way for this couple to celebrate their special day. “Our wedding really was about our relationship and all of the people that have been a part of our journey,” says Melissa. “All that mattered to us was that everyone was there and having a good time.” 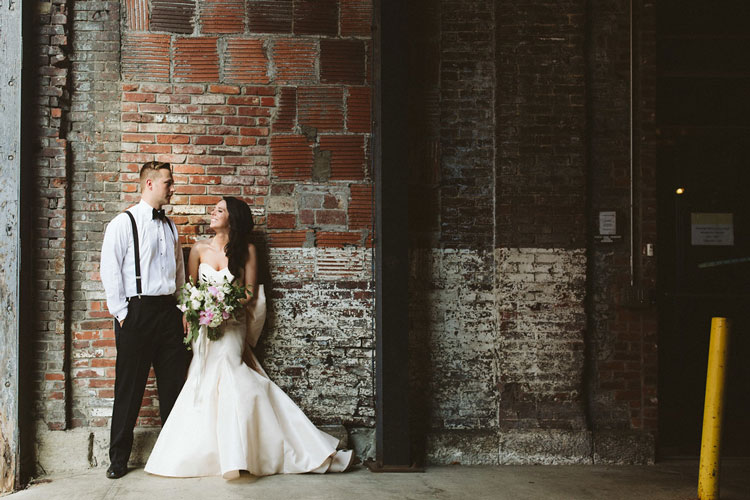 Brianne Conley and Eric Kordenbrock had 175 wedding guests and a bridal party of 20 friends and family — and the couple wouldn’t have had it any other way. Both come from large families and have large groups of friends, so when the big day rolled around on July 23 they didn’t even consider leaving anyone out.

“Technically we had a mix of family and friends, but to us, everyone that stood next to us was part of our family,” says Brianne. “We had all of our siblings and both friends from college and high school.” 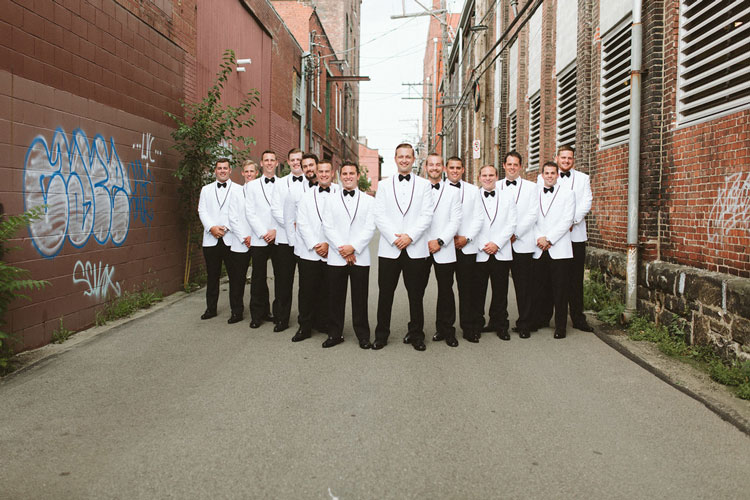 Brianne and Eric never really worried about planning or managing their bridal party because most of their friends and family had participated in weddings before. Because they knew the drill, it was easier for the couple to plan out the wedding week itinerary and feel confident that everyone would be there when they needed them. 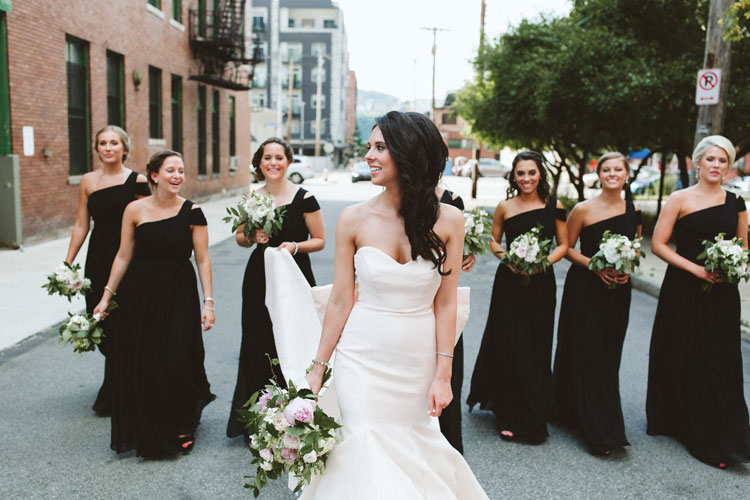 The couple’s favorite part about having a large wedding was being able to spend the hours before the ceremony with the people closest to them. “We both loved having a larger wedding party because the morning of our wedding was like having a mini party before the big night ahead,” says Brianne. “We got to spend time with our closest friends at each of our parents’ houses, and it was special to be able to have that time.” 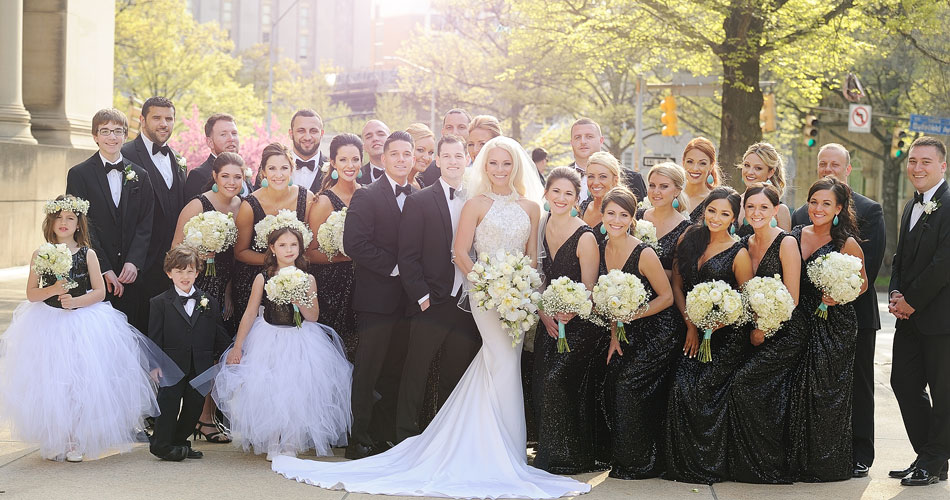 For Stephanie Werner and Randolph Meyer, there was never a question of whether they would have a big wedding. Both of them come from large families, so they wanted to make sure that all of their friends and family were able to be there on their special day.

On May 2, 2015, Stephanie and Randolph said “I do” in front of 260 wedding guests and a bridal party of 27 — 13 bridesmaids, nine groomsmen, one junior bridesmaid, one junior groomsmen, two flower girls and one ringbearer. 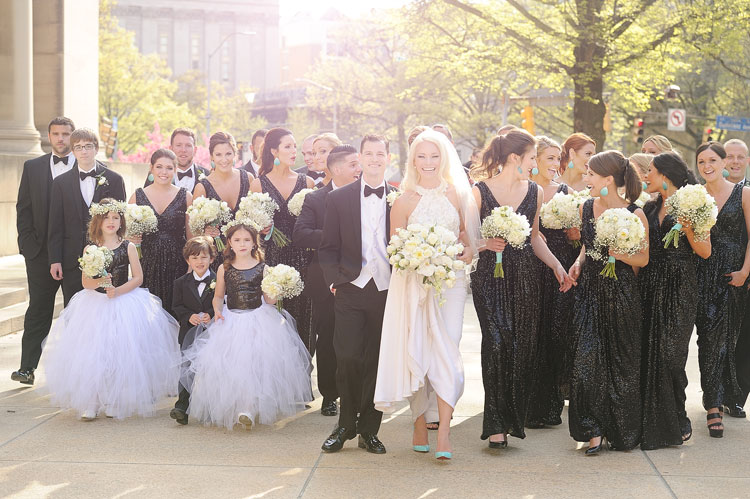 Although expense may seem to be the biggest issue in planning a big wedding, distance also poses some difficulty in the planning process. Stephanie solved this issue when picking out bridesmaids dresses by using a company called “Rent the Runway” so that two of her bridesmaids living far away could try on the dress.

“I rented the dress to both of their homes to do a ‘virtual’ fitting to see if they liked the dress and how it felt,” says Stephanie. “Once they gave me the thumbs up on the dress, I rented it to my house and the rest of the girls in town got a chance to come and try it on as well to see what size they would be when it came time to rent the dresses.” 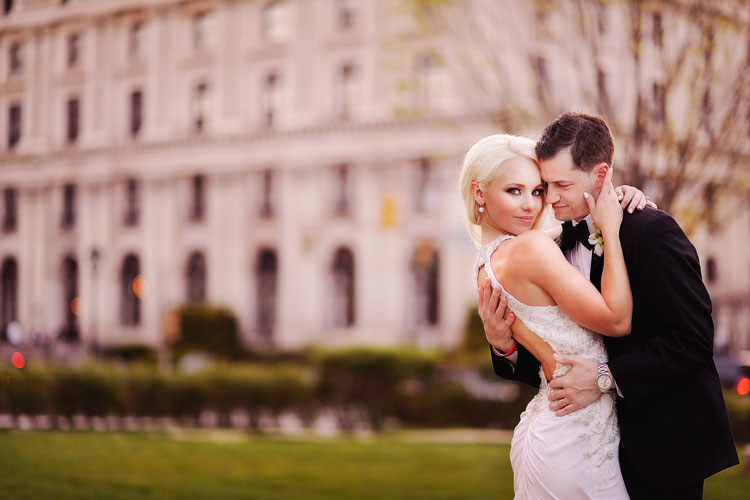 According to the couple, the wedding day was a success. "From our point of view, we felt that having a large wedding party made it a little more fun," Stephanie says. "Having all of your closest friends and family with you throughout every step was something that I will always cherish.”