The Mon and Beyond

Neighborhoods such as Braddock and McKeesport fully embody the progressive spirit that has made the ’Burgh what it is today and what it will be in the future. 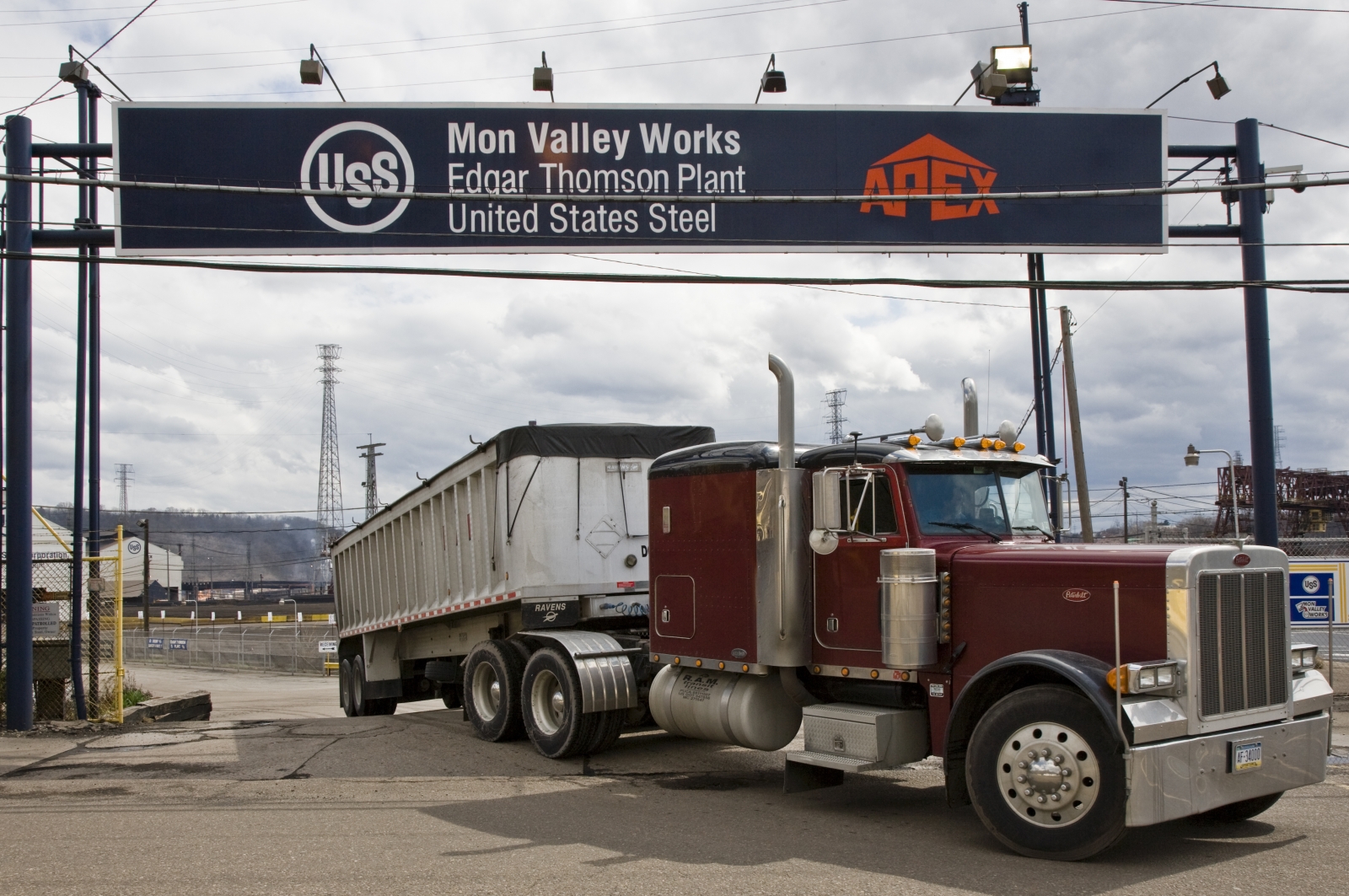 North Braddock: No fewer than eight NFL football players hail from North Braddock, including Mark Gefert, Coley McDonough, Elmer Merkovsky, Fran Rogel and Bill Priatko — all of whom played for the Steelers.

East Pittsburgh: This borough played a key role in the advancement of telecommunications as the site of the first radio transmission (by KDKA) in 1920, as well as a 1928 demonstration of television by Vladimir Zworykin, who worked in the Westinghouse labs here.

Wilmerding: The borough of Wilmerding celebrates its quasquicentennial this year — that is, its 125th anniversary. The borough’s motto, “Wilmerding brakes the world,” pays homage to the Westinghouse Air Brake Co., which broke ground here in 1889.

Wall: This small borough of fewer than 600 people can trace its ancestry back to the Shawnee and Delaware tribes that populated the area before the 1750s. Its motto: “The best of all come from Wall.”

Trafford: George Westinghouse named Trafford for a town in England when the borough was incorporated in 1904. Today, you can visit BY Park [Route 130 near Forbes Road], named for the railroad “wye” that had to be created in the Pennsylvania Railroad in order to get commuters back to Pittsburgh.

Duquesne: This borough of about 5,500 people once was home to the booming Duquesne Steel Works, part of the Carnegie Steel Company. Bob Dylan named his song “Duquesne Whistle” for the famously productive “Dorothy Six” blast furnace that formerly operated here.

McKeesport: The city at the confluence of the Monongahela and Youghiogheny rivers has a rich history. Among the firsts to occur here: 13 years before their presidential campaign meetings, then-U.S. Reps. Richard M. Nixon and John F. Kennedy came here in 1947 to debate the merits of the Taft-Hartley Act.

East McKeesport: As a result of efforts by the East McKeesport Revitalization Corporation, nearly $1 million of grant money has been poured into improving curbs, sidewalks and light poles; there’s even a new town clock.

Versailles: This community isn’t just around the riverbend — it’s right there, nestled into the sharp curve in the Youghiogheny River. Although Versailles bears the name of the French palace, we in the ’Burgh prefer to pronounce it “ver-sales.”

White Oak: White Oak’s motto is, “Come grow with us,” fitting for one of Pittsburgh’s younger boroughs; the municipality is less than 70 years old.

Irwin: The borough of Irwin celebrated its 150th anniversary in 2014. The 1-square-mile town once sat on some of the richest reserves of bituminous coal in the country. 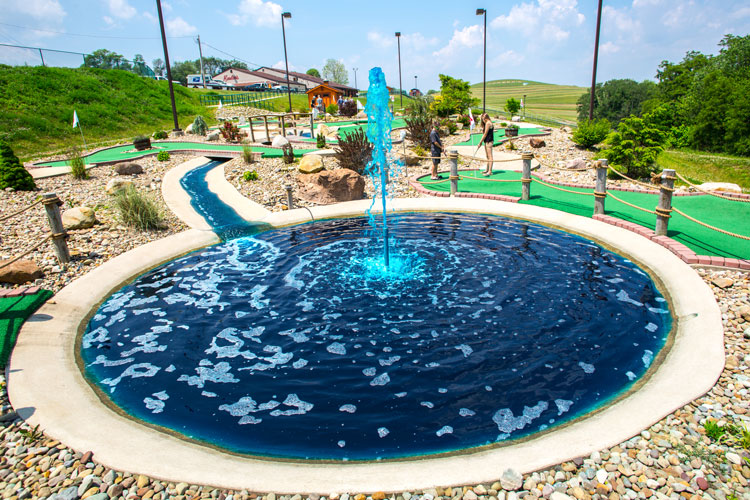 10 Things We Love in The Mon and Beyond

1 The homemade garlic bread at Parente’s Ristorante [427 Cavitt Ave., parentesoftrafford.com] in Trafford is a buttery, cheesy work of art.

2 A scoop of Blue Cheesecake ice cream at Irwin’s Kerber’s Dairy [1856 Guffey Road, kerbers.com] is delicious any time of year but particularly when you can enjoy it after a round of mini-golf at the same location.

3 North Versailles Public Library’s [1401 Greensburg Ave., northversailleslibrary.org] programming helps residents to become familiar with (and perhaps master) skills ranging from crocheting to cooking to navigating the computer. The age-old tradition of summer reading is alive and well here, where there’s a club for warm-weather readers.

4 Taking a fresh pasta-making class at Cenacolo [1061 Main St., cenacolorestaurant.com] in Irwin involves more than just manipulating dough; you also get a glass of wine and tastings of some of the restaurant and market’s other offerings.

5 We know that foregoing your favorite beer to sample a pineapple ale is a hard sell, but trust us: The Hala Kahiki brew from Rivertowne Brewing is refreshing and delicious. Try one on the outdoor deck of Rivertowne Pub & Grille [14860 Route 30, myrivertowne.com] in North Huntingdon.

6 A freshly baked loaf of sourdough bread made by Shauna Kearns in Braddock’s outdoor brick oven can be purchased at the Grow Pittsburgh Farm Stand [Braddock Avenue next to Bell’s Market, growpittsburgh.org]. Kearns is learning how communities connect through bread and communal ovens as a Falk Food Studies Fellow at Chatham University.

7 Grab 16 ounces of White Sky at The Brew Gentlemen Beer Company [512 Braddock Ave., brewgentlemen.com] in Braddock. The White Sky Chai Wheat Beer is a sunny blend of ginger and wheat. Hanging out in the tech-savvy yet industrial taproom (that often has a food truck lingering nearby) isn’t too shabby either.

8 The chocolate-chip cookies at Minerva Bakery [927 5th Ave.] in McKeesport are dense, chewy and perfectly sized; you’ll want more than one. If you’re looking to be extra decadent, try one dipped in chocolate.

9 Visit the McKeesport Regional History & Heritage Center [1832 Arboretum Drive, mckeesportheritage.org] in Renziehausen Park. The museum has six rooms dedicated to aspects of the region’s history, including a one-room schoolhouse from 1832 and a model of the National Tube Works factory.

10 Named for George Westinghouse’s nearby air-brake manufacturing plant, the enduring Station Brake Café [500 Station St., stationbrakecafe.com] — open since 1986 — in Wilmerding is where to head if you’re in the mood for large portions of good, classic American food. Ask for a seat in the glass atrium; you’ll have more light with which to peruse the extensive menu! 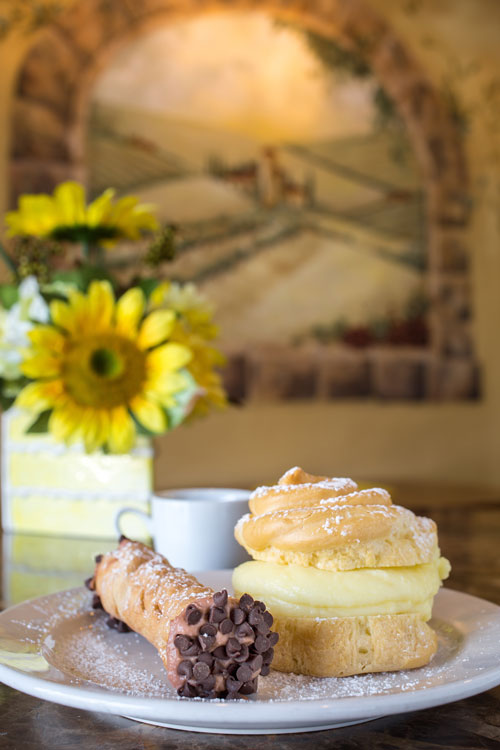 Patti’s Pasticceria [1502 Lincoln Way, pattiswhiteoakbakery.com] in White Oak is a charming, family-run Italian bakery. Grab a seat, hook up to the free Wi-Fi and enjoy a treat from baker Patti Macey, who has more than 30 years of experience making delectable desserts. There are familiar items such as cinnamon rolls and pinwheels, plus Italian specialties including cannoli, pasticiotti and sfogliatelle. There’s also fresh bread from the brick oven on Mondays and espresso and housemade soups every day except Sunday (when the bakery is closed). — Hal B. Klein 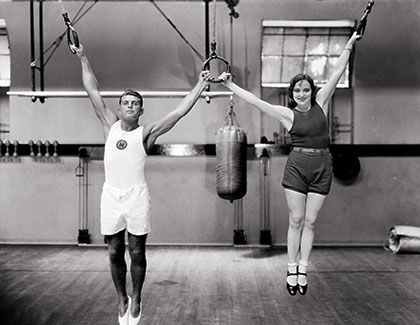 If you’re into either gymnastics or weight lifting, you’ll get both at the Pittsburgh Gymnastics Club & Pittsburgh Barbell Club [609 6th St., pgcpbc.com] in North Braddock. It offers a plethora of classes for kids as well as gymnastics for CrossFit types who want to explore tumbling and different skills. The same goes for weightlifting — there are classes for youth and adults, as well as options for adults to take a weightlifting and gymnastics combo class. — Jennie Dorris