The Mon and Beyond

Past meets the present in the communities making up Pittsburgh’s eastern and Mon Valley regions. Here you’ll encounter reminders of where we started as leaders in the steel industry and — while plenty of these small towns still face challenges — you’ll find glimpses of where we’re going in neighborhoods moving towards revitalization. 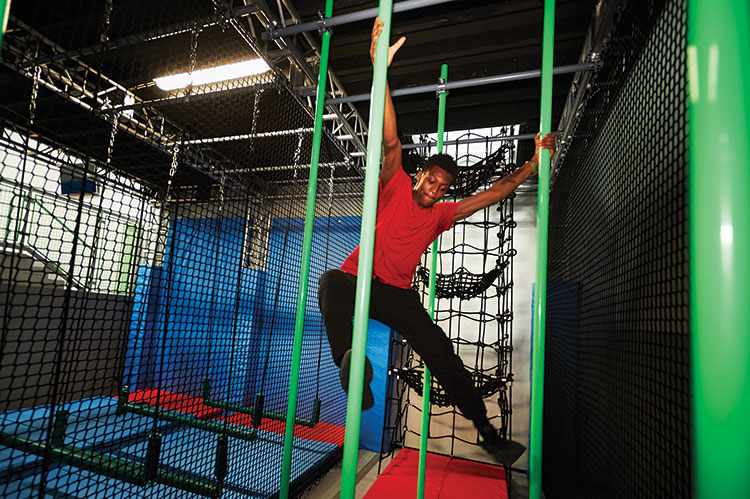 Braddock
Though hard hit by the collapse of the steel industry, Braddock is a community filled with passionate residents looking to restore it to its former glory. The artists, activists and entrepreneurs who call it home join long-time residents in sharing high hopes for the town’s future.

North Braddock
The borough whose website touts it as being “Proud, Protected, Vibrant, Historical and Welcoming” earned its reputation as the birthplace of steel when Andrew Carnegie’s Edgar Thomson Steel Works opened here in 1875.

​Wilmerding
On the map as home of the historic Westinghouse Air Brake Co. General Office Building, Wilmerding was the first incorporated borough in the Turtle Creek Valley.

Wall
With fewer than 600 residents today, Wall might be tiny, but it has a big history. The borough once laid claim to a freight depot of the Pennsylvania Railroad. Today, it’s home to Cornerstone Television Network’s WPCB-TV.

Trafford
Trafford reaches across two counties; most of the borough is in Westmoreland, but a small section stretches into Allegheny County. Incorporated in 1904, George Westinghouse named it after the town of Trafford near Manchester, England.

Duquesne
In this town named for Fort Duquesne and incorporated in 1891, the Duquesne Works steel mill brought employment and prosperity in the early 20th century. Today, about 5,500 people call the small city home.

​McKeesport
Though settled in 1795, McKeesport didn’t become a city until 1891 as the population grew thanks to the expanding steel industry. Today, McKeesport is the second-largest city by population in Allegheny County.

East McKeesport
Named after the McKee family of pioneers in the area, the borough is located on a plateau between the Turtle Creek and Monongahela and Youghiogheny river valleys.

Versailles
Don’t let its local colloquial pronunciation fool you. The tiny borough locales refer to as “Ver-sales” actually is named for the palace in France.

North Versailles Township
With a heavily traveled portion of the Lincoln Highway within its borders, North Versailles is home to many businesses as well as several well-maintained neighborhoods.

South Versailles Township
Steelers nation, swing a Terrible Towel in the direction of this township nestled along the Youghiogheny River — it’s the birthplace of team founder Art Rooney Sr.

White Oak
With a public pool, dek hockey rink, parks and playground, there’s no shortage of ways to have fun in White Oak.

North Huntingdon
Located between Pittsburgh and Greensburg, North Huntingdon contains a busy commercial district on Route 30, quiet residential communities and quick access to the recreational areas of the Laurel Highlands.

The Colonial Grille & Taproom is a favorite in downtown Irwin with a diverse beer list of local brews as well as big-name domestics and imports. Its lengthy food menu offers wings, wraps, sandwiches, burgers and more. 333 Main St., colonialgrille.vpweb.com.

With sweeping views overlooking its namesake golf course and the Mon Valley beyond, The Restaurant at Grand View in North Braddock is an ideal spot for enjoying a memorable meal in the dining room or celebrating a special occasion. 1000 Clubhouse Drive, pittsburghgolf.com.

The Wooden Nickel Restaurant in North Huntingdon’s Norwin Town Square is the second location for the popular restaurant (the original is in Monroeville) serving up specialties from land and sea. 12120 State Route 30, thewoodennickelrestaurant.com.

Greenhouse Winery has its main location in Irwin (2155 Gracin Lane) and a satellite shop in North Huntingdon (10650 Route 30). Offering white, red and seasonal selections, it’s the perfect spot to stop for a tasting, pick up a gift or grab a bottle (or two) for yourself.; greenhousewinery.com. 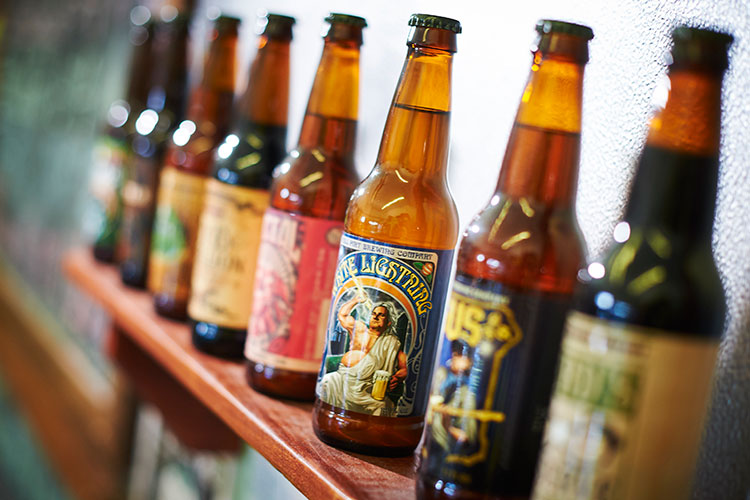 Stop by Full Print Brewing in North Versailles to sip on one of the independent brewery’s signature beers, take a tour, grab a snack and enjoy.  1963 Lincoln Highway, fullpintbrewing.com.

The beers may be made in Export (see The Sprawling Suburbs), but the North Huntingdon outpost of Rivertowne Pub & Grille offers thirsty guests a great outdoor deck to enjoy whichever brew they selected. 14860 Route 30, myrivertowne.com.

Life is sweet at Dorothy’s Candies in White Oak, where one can find gourmet, handcrafted chocolates, cremes, candies, truffles and much more. Call ahead to arrange a tour of the factory.  1228 Long Run Road, dorothyscandies.com. 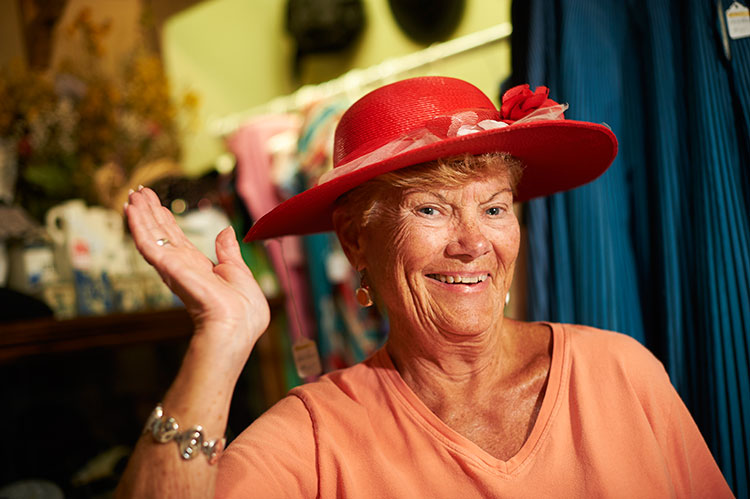 Main Street Music and Sound in Irwin is in tune with any musician’s needs. In addition to selling both used and new instruments, the shop also offers rentals and lessons.  327 Main St., mainstmusic.com. 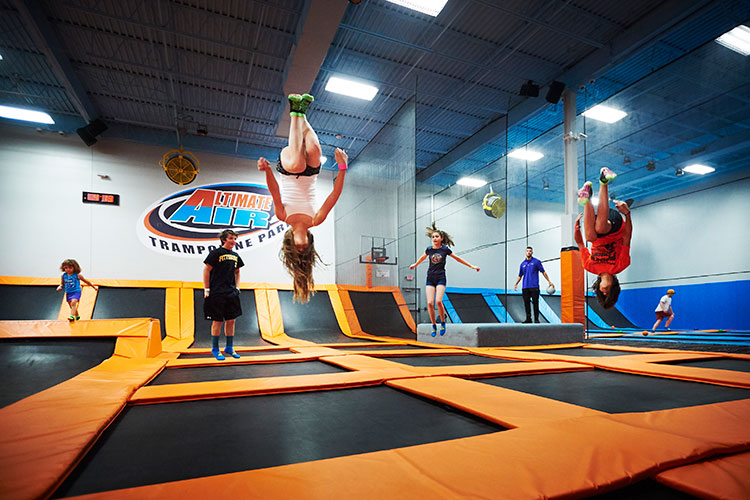 There is so much more to the Braddock Carnegie Library than books. The building, a National Historic Landmark, is home to a print shop, puppet room, ceramics studio and even an art lending program which permits patrons to take pieces home.  419 Library St., braddockcarnegielibrary.org.

Looking to do some good with your free time? Why not volunteer at the Greater Pittsburgh Community Food Bank in Duquesne? The nonprofit organization offers several ways to get involved both onsite and in the many communities it serves.  1 North Linden St., pittsburghfoodbank.org. 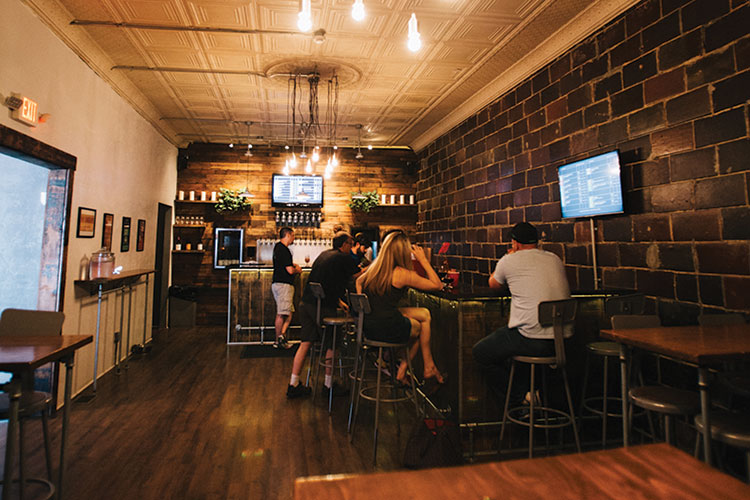 Sometimes you have to bring the food to where you are. That’s what the top-notch Braddock brewery The Brew Gentlemen does five days per week with regularly scheduled visits from Pittsburgh-area food trucks. Check the brewery’s website to find out when the Pittsburgh Taco Truck, Blowfish BBQ and others are visiting, and don’t miss the monthly food-truck roundups. Oh, there are 14 house-brewed beers on tap, too. (512 Braddock Ave., brewgentlemen.com) — Hal B. Klein

For more than 50 years, McKeesport has hosted the International Village, one of Pittsburgh’s oldest and largest ethnic festivals. Spread over three days in August in Renziehausen Park, where you’ll also find a fitness trail, a heritage museum and Pennsylvania’s second-largest rose garden, you can experience a plethora of ethnic foods, cultural demonstrations, entertainment, dancing, crafts, games and more. More than 20,000 people typically attend the event, so go early, go often and go hungry. (internationalvillage.info) — Lauren Davidson