Don’t let the lack of shiny veneer on these hardworking communities fool you. Some of Pittsburgh’s most exciting hidden gems lie west of the Ohio River. 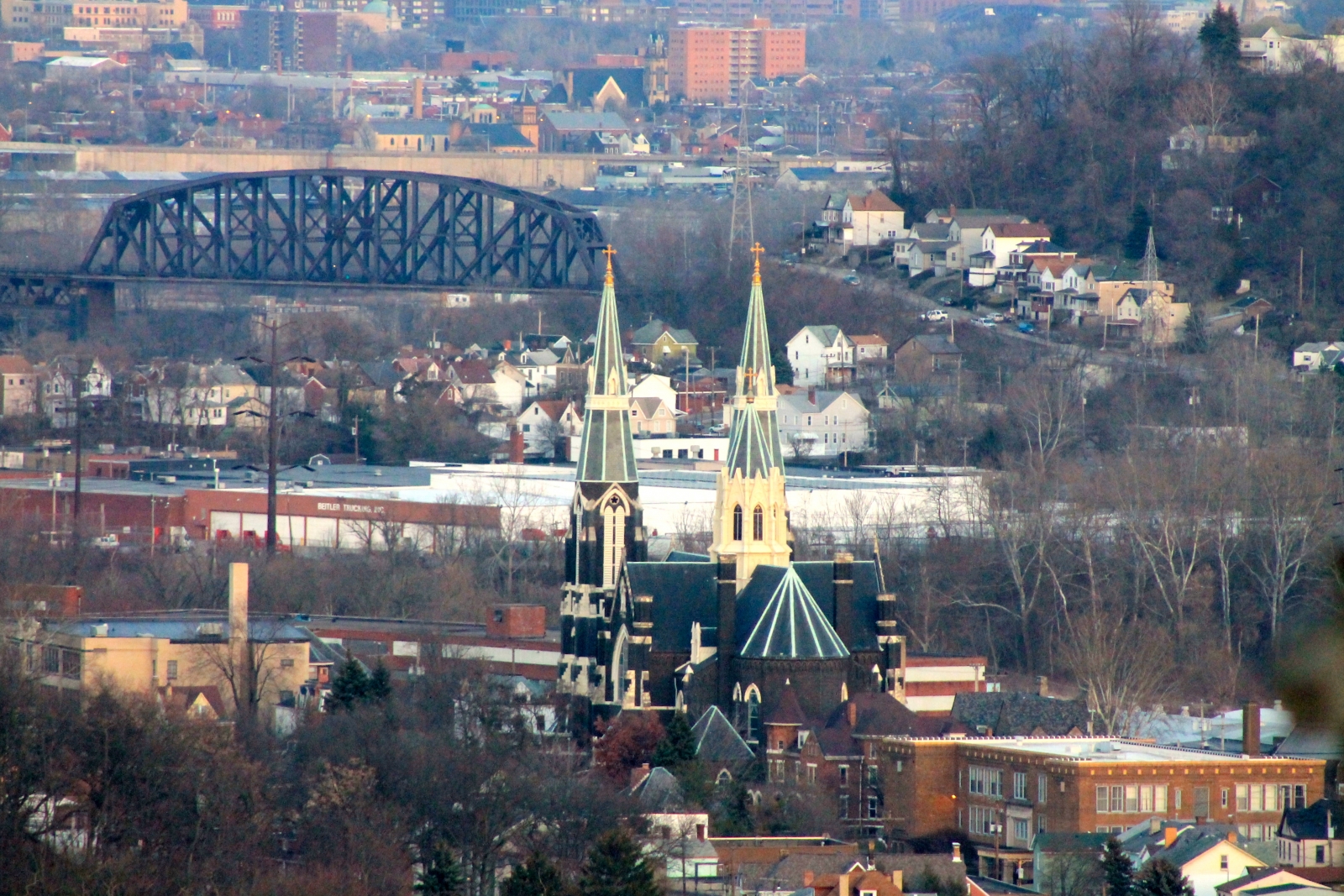 Stowe Township: You might call this community pizza-centric. A quartet of pizza shops are clustered around the intersection of Seventh Street and Broadway Avenue, including favorite Mama Lena’s II [732 Broadway Ave., facebook.com/mamalenasii].

McKees Rocks: McKees Rocks was named for Alexander McKee, who in 1764 received a 1,300-acre tract of land that included a “rocky” projection into the Ohio River.

Ingram: For more than 100 years, this community has been going strong. Celebrate with the borough during Ingram Days
[ingramborough.org].

Thornburg: Pittsburgh’s “Best Little Borough” was developed on just 250 acres at the end of the 19th century. The Thornburg Village Players and the Thornburg Community Club [thornburg-pa.gov] have been active since the 1930s.

Fairywood: Fairywood may be home to a highway to nowhere (a major construction project started in the 1960s and abandoned in the ’70s), but that hasn’t stopped companies including ModCloth, Amazon and Giant Eagle from establishing facilities here.

Chartiers City: Pierre Chartiers, a French-Indian spy and trader in the mid 1700s, established this neighborhood, which is less than half a square mile in size and home to about 400 people.

Esplen: Railroads used to define this little borough. Now it’s defined by busy Carson Street, which runs through this small neighborhood with panoramic views of the Ohio River.

West End: This is a cute commercial hub directly across the West End Bridge. From great restaurants and pubs to a cool branch of the Carnegie Library of Pittsburgh [47 Wabash Ave., carnegielibrary.org/locations/westend], this neighborhood feels like a small European hamlet.

Sheraden: Though Sheraden’s history as a borough goes back to 1858, it was annexed into the city in 1907. The city later built a fire station and established the 51-acre Sheraden Park.

Crafton Heights: Though many old homes are still standing in Crafton Heights, it has become a target area for developers and new construction.

Westwood: Westwood is home to the John Frew House [105 Sterrett St.], one of only five pre-1800s structures remaining in the city of Pittsburgh. It is on the National Register of Historic Places.

Elliott: This small, topography-rich neighborhood is championed by the Elliott Community Group [elliottcg.org], which works to improve the community through area clean-ups and other events.

East Carnegie: The home of Bishop Canevin High School and St. Paul Seminary, this city neighborhood is quite suburban in nature despite sitting just 10 minutes from downtown.

Oakwood: Looking for a place to roll? You’ll be in good company at the AMF Noble Manor Lanes [2440 Noblestown Road, amf.com/noblemanorlanes], a favorite of local bowling enthusiasts. 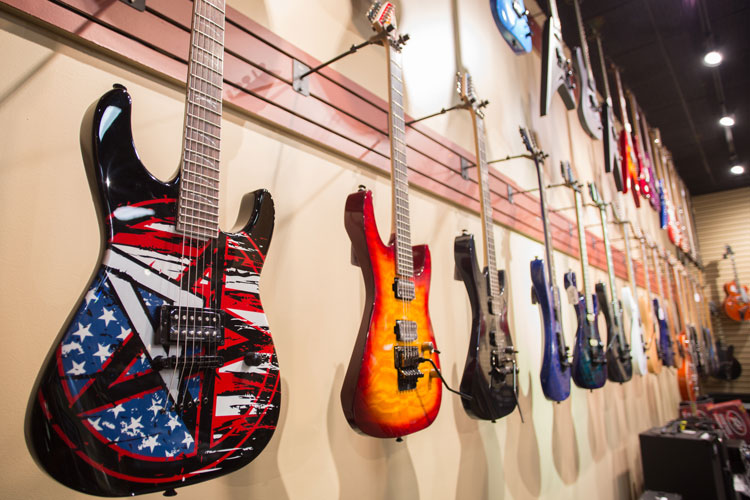 10 Things We Love in the Midwest

1 The Coconut Crème variety from Big Daddy’s Donuts [90 Noble Ave.] in Crafton is worth crossing a few bridges for. The fluffy white pastry cream tucked into the golden, fried dough is accented slightly by sprinkles of toasted coconut on the top. Arrive early in the morning for the best selection at this charming, ’50s-esque shop.

2 The view of the skyline from the West End/Elliott Overlook [Marlow and Rue Grande Vue streets] gives Mount Washington a run for its money and offers an inviting green space to boot. Catch a movie there on Tuesday evenings in the summer thanks to Cinema in the Park [pittsburghpa.gov/citiparks/cinema-in-park].

4 For many, the experience of ordering a sweet treat from a neighborhood ice cream shop is loaded with nostalgia. At Remember When Ice Cream [3860 Chartiers Ave., rememberwhenicecream.com] in Windgap, get even more misty about the good old days every Friday night, when “Doo Wop Dan” arrives for an evening of oldies (weather permitting).

5 Four wheels are welcome at Sheraden Skate Park, located on wooded Tuxedo Street just outside the century-old Sheraden Community Park. With bowls, fun boxes and grinds, the course is a challenge for anyone willing to give it a try. Don’t forget a helmet!

6 Catch the Spaghetti Western Dinner Series on the third Thursday of every month at The Parkway Theater & Cinema Coffee Shop [644 Broadway St., communityreelartscenter.org] in Stowe Township. The one-screen movie house serves pasta, meatballs, beer and wine along with a Western flick.

7 If you’ve got the kids in tow, consider taking them to a park to burn some energy. Foster Park [Foster Avenue], located within the boundaries of Crafton and Ingram boroughs, has green space and a volleyball court; the revamped Crafton Park [West Steuben Street] has a sizable playground; and Oakwood Park [Durbin Street] also contains a playground for little ones to conquer.

8 Brunch at Tartine [400 S. Main St., tartinepgh.com] in the West End is more than just quiche and crepes. Go for the buttery, perfectly spiced pommes Lyonnaise.

9 Pluck the strings of a vintage guitar or try out an old tube amp at Johnny B. Goods in Hollowood Music & Sound [601 Chartiers Ave., hollowood.com] in McKees Rocks. The used and vintage music-equipment dealer buys and sells instruments, amps and recording gear.

10 Channel your inner Ron Swanson while taking Woodworking Fundamentals at Great North American Woodworks [831 Broadway Ave., gnawoodworks.com] in Stowe Township. You’ll learn furniture-making basics such as how to operate hand and power tools safely. The course culminates in the creation of a step stool. 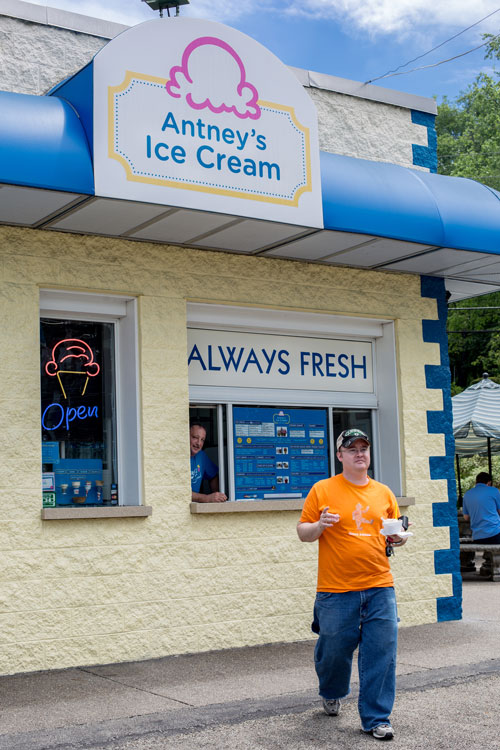 Just off of a major intersection in Westwood is Antney’s Ice Cream [1358 Poplar St., facebook.com/antneys]. Friendly service and a rotating selection of fun flavors such as hazelnut biscuit and pizzelle make this an area favorite. The outside seating area encourages lingering in the summer months. Bob’s Kennedy Diner [1815 McKees Rocks Road, eatatbobsdiner.com] in Kennedy Township doesn’t look like much from the outside — just another narrow storefront in a shopping plaza. Step inside this branch of a four-diner chain run by Bob Marshall, though, and you’re thrown back to a warm, neighborhood breakfast and lunch spot. The orange-and-yellow walls help to wake you up on a foggy morning, as does coffee served in a beaker. Stick to the classics here; the lively short-order cook team does them well. — Hal B. Klein 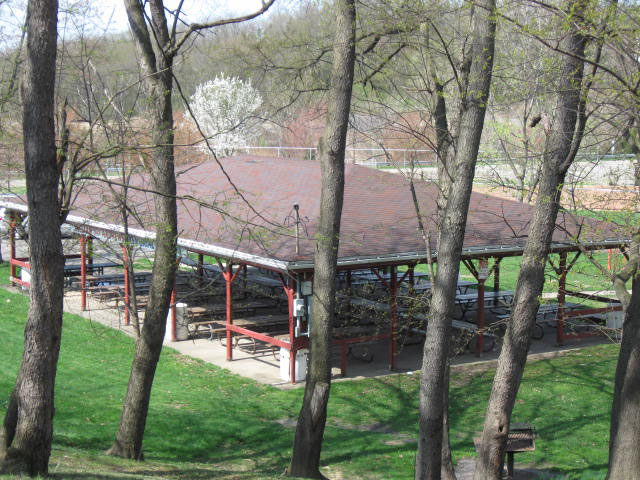 Visit Fairhaven Park [Fairhaven Road, kennedytwp.com/parks-recreation] in Kennedy Township, which boasts 30 acres of beautiful rolling hills. The Life Trail in the lower portion of the park serves as a free gym for those of us who are tired of working out indoors. The first station is designated to help with lower-body stretches, such as standing stretches and yoga poses. The second station is designed for upper bodies — creating strength in your triceps and stability in your torso and shoulders. There’s also a short walking trail to get your heart pumping. — Jennie Dorris