The neighborhoods west of Downtown were among the region’s first. Most were part of Chartiers Township, which (like the creek) was named for Pierre Chartier, a local trader of French and Shawnee parentage who later became a chief. He and his tribesmen helped defeat George Washington in the Battle of Fort Necessity, sparking the French and Indian War. Formerly farmland, most of this area was transformed by industry into working-class neighborhoods, a legacy which persists today. 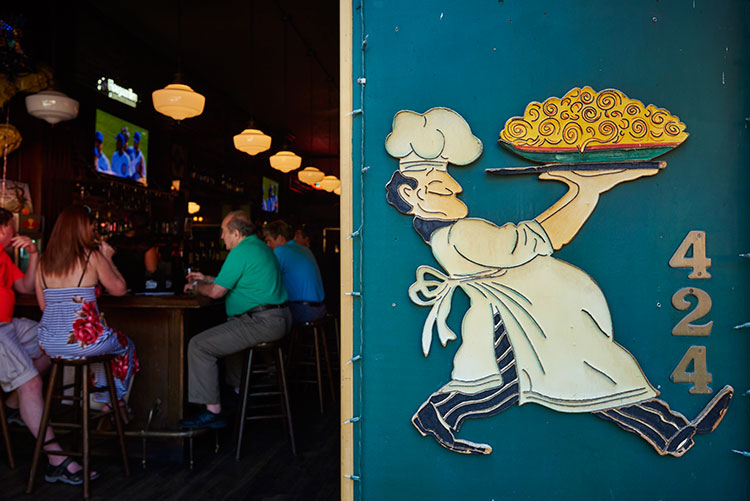 McKees Rocks
An alternative location considered for what would become Fort Pitt, this industrial town was named for Alexander McKee, a guide who, like Chartier, married a Shawnee woman but who stayed loyal to the British — so loyal he had to flee during the Revolutionary War.

Stowe Township
Railroad yards and industry along the Ohio River and in nearby McKees Rocks fueled the boom of this hilly working-class neighborhood where Mancini’s Bakery (601 Woodward Ave. #1, mancinisbakery.com) is located.

Kennedy Township
An appealing vantage of the Downtown skyscrapers peeking over Mount Washington can be spotted from the hilltop shopping center near Ohio Valley Hospital in Kennedy Township.

Crafton
Local springs made the area a popular retreat in the mid-1800s. Attorney James Craft liked it so much he bought the land — then built a railroad from Pittsburgh to Steubenville, Ohio, through it. Today, the neighborhood mixes city and suburban elements for its approximately 6,000 residents.

​Thornburg
​Thomas Thornburg, another Irish immigrant, bought this area for farmland in 1806. The small borough is the longtime home of the Thornburg Village Players and the Thornburg Community Club (thornburgborough.org).

West End
The Old Stone Tavern (434 Greentree Road) built around 1780 is the city’s oldest still-standing commercial building. It has survived the Whiskey Rebellion, numerous floods and fires, and the decades during which this town was known as Temperanceville (before Pittsburgh snapped it up in 1873).

Crafton Heights
You can look out over Crafton from the hills of this city neighborhood where John Obey built a tavern in 1823; they still serve drinks at the Obey House (see next page) today.

​Fairywood
​Soldiers from Fort Pitt suffering from smallpox once were treated at an isolation hospital on the creek here, currently home to operations facilities for ModCloth and Amazon.

​Windgap
​This far-flung city neighborhood is one of several annexed by the city in 1921, gobbling up the last bits of the former Chartiers Township. Residents beat the heat at old-fashioned Remember When Ice Cream (3860 Chartiers Ave., rememberwhenicecream.com).

​Chartiers City
University of Pittsburgh researchers recently singled out this small residential neighborhood for its stability and low poverty rate.

​Sheraden
​Tranquil Sheraden Park isn’t the only impressive bit of nature here: An old house on Bergman Street has a romantic archway over its sidewalk made by two maple trees fused together.

Westwood
Named by developers in the early 1900s, this neighborhood is home to the John Frew House (105 Sterrett St.), one of five city buildings built before 1800 that still are standing.

East Carnegie
A slice of suburban living 10 minutes from Downtown, the home of Bishop Canevin High School picked up its name from the neighboring borough, which in turn took its name to honor the steel baron who kept local coal mines and rail lines busy.

Oakwood
The Idlewood station now on the West Busway was served by 14 trains a day in the late 1800s, carrying vacationers to the Idlewood Cottage Hotel, a country resort with amenities including riding trails, tenpins and amateur theatricals.

​Ridgemont
Plans are in the works to redevelop the site of the nearly shuttered Parkway Center Mall, which dominated this small neighborhood next to Green Tree since its opening in 1982.

Roadside diner Mary Anne’s Breakfast &-Lunch in Stowe Township was established more than 30 years ago especially for hungry truckers. The hoagies are a good choice, with plenty of options from which to choose.  1460 Island Ave., 412/331-2322.

The fresh gnocchi and ravioli at Sarafino’s Homestyle Italian Cuisine in Crafton is simply one of the family-kitchen secrets. The sous vide cooker they use for brisket and veal chops is another.  40 E. Crafton Ave., sarafinos.com.

Workers bake 10,000 loaves a day at Mancini’s Bakery in Stowe Township, and it doesn’t get any fresher than eating a hand-turned twist right there at the counter. Owner Mary Mancini Hartner, niece of the original owner, can show you the hearth that dates back to the opening of the shop in 1926.  601 Woodward Ave. #1, mancinisbakery.com.

Bartenders will whip you up a New Orleans-style Hurricane at Rocks Landing Bar and Grille to go with your jambalaya. Stop in to this McKees Rocks spot for live jazz on Sundays.  506 Chartiers Ave., rockslandingbargrille.com. 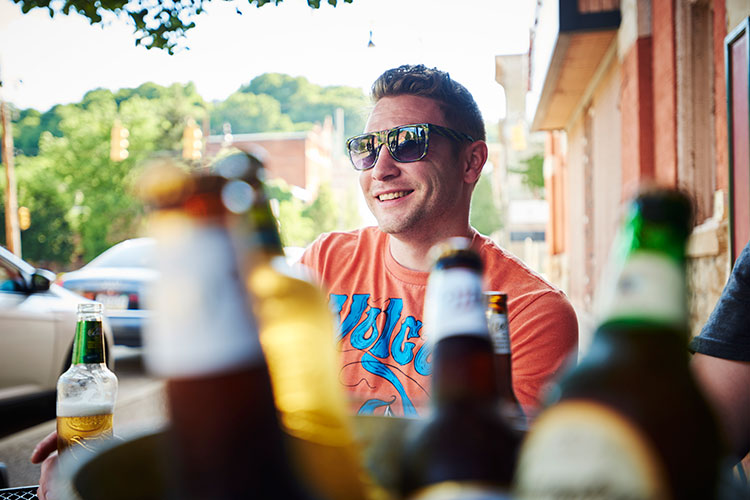 The Village Tavern and Trattoria in the West End is the most recent in a string of bars occupying this building for a century. A portion of the space can be opened to the street so you can breathe fresh air while you sip a drink.  424 S. Main St., facebook.com/villagetavernpgh.

The sign outside the Obey House Tavern in Crafton Heights says the tavern was built in 1823. Inside, it’s a typical neighborhood pub like your grandpa sometimes took you to when you were a kid (if you were lucky). 1337 Steuben St., 412/922-3883.

Even if you’re not ready to redo your whole countertop, visit Pittsburgh Marble in Esplen to pick up a cutting board or rolling pin. The stone yard contains rows of interesting rock. 2421 W. Carson St., pittsburghmarblecompany.com.

Place a bid at the Dargate Auction Galleries in McKees Rocks. One lucky recent buyer got a rare ’50s Fornasetti cabinet and bar for under $33,000, which (depending on your budget) could qualify as a steal. 326 Munson Ave., dargate.com. 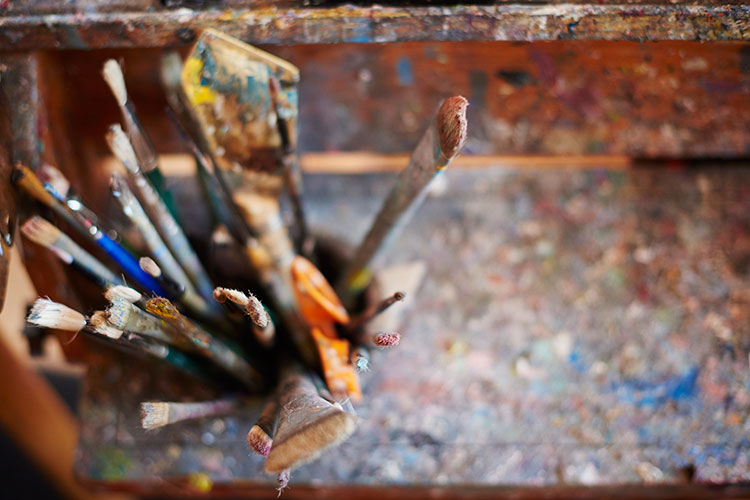 Play Connect Four or another of the board games available at Top That Yogurt Bar in Kennedy Township. Or make a sweet mosaic of lychee popping pearls, blueberries, candy bar and cookie bits, or an all-gummi menagerie on your fro-yo.  1827 McKees Rocks Road, 412/458-5633. 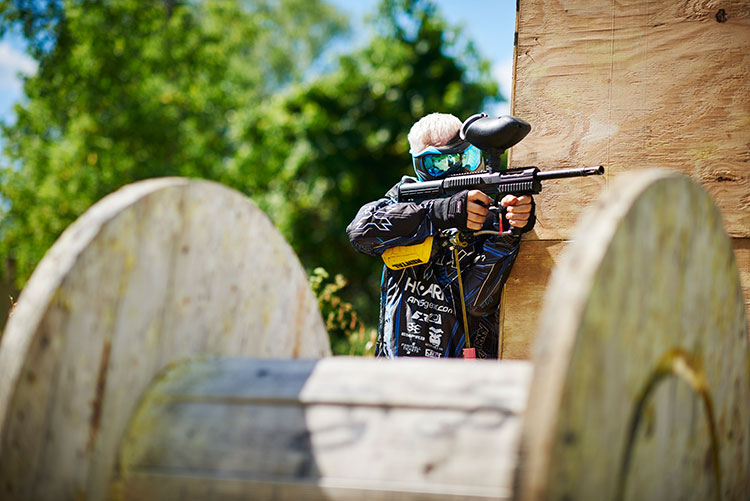 Compete with your friends (or strangers) at Pittsburgh Paintball Park in East Carnegie. In addition to woods and castle scenarios, the park has a regulation NXL turf field where local pros come to train.  1403 Idlewood Road, pittsburghpaintballpark.com.

When legendary Pittsburgher and Pittsburgh Magazine columnist Rick Sebak raved about the cake doughnuts at Better-Maid Donut Co. in Crafton Heights, I figured I had to give it a try, too. The shop — it’s a pink house — opens at 6 a.m. Wednesdays, Thursdays and Fridays, and closes when it runs out of treats to sell. That often happens in as little as two hours, so this really is a case of the early bird gets the … doughnut. You’ll be happy you made the effort. (1178 Steuben St., 412/921-9526) — Hal B. Klein 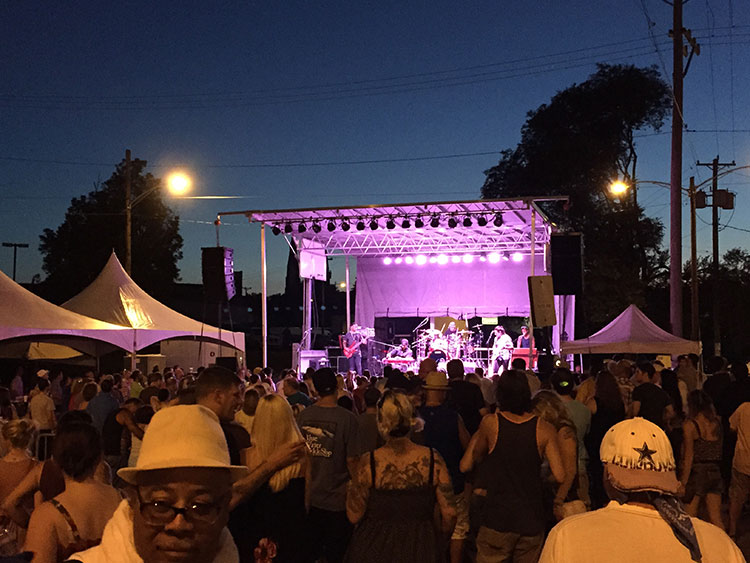 What began in 2013 as a pop-up event now is a neighborhood celebration that draws thousands. FEASTival in McKees Rocks is an all-day festival that includes lots of food, music and art. Hosted by the McKees Rocks Community Development Corp. in conjunction with many other sponsors and supporters, the event’s highlight is the food, with between 10-20 vendors (expect food-truck favorites Oh My Grill, the Mac & Gold Truck and Dream Cream Ice Cream). There also are kids events, the I Made It! Market and a 21+ over area with a full-service cocktail bar. Truly something for everyone. (pghfeastival.com) — Lauren Davidson