Six simple lessons for the future mayor of Pittsburgh. 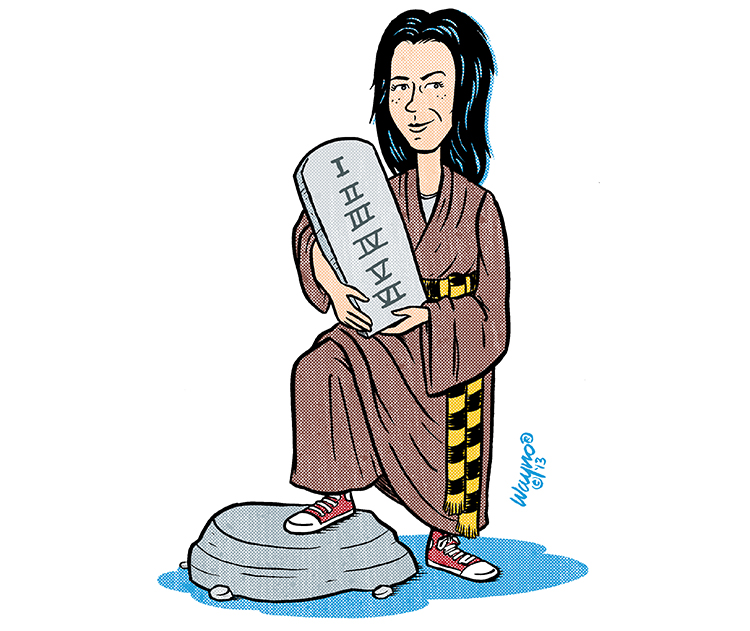 Life essentially is a long series of instruction manuals. We can either follow or ignore the guidance we received and deal with the consequences — like the time my father and I installed a new storm door inside-out and had to deal with a harsh reality: my mother.

On the first day of kindergarten, the rules are laid out: “This is what’s expected of you. These are the rewards. These are the behaviors that will earn you time in the shame chair.”

Every year, students receive a new “manual.” Rules. Goals. Punishments. Guidelines. Then we grow up and get our manuals for being adults. “Do this. Don’t do that, or you’ll find yourself friendless, loveless and possibly overrun by cats.”

Right now, spouses all over Pittsburgh clutching honey-do lists a mile long are saying, “Preach, sister.” There’s a proverbial manual for everyone and everything — except newborns. God help you if you have one of those.

So why can’t the Office of the Mayor have a manual? Why can’t We The People lay down the expectations early so there aren’t late-in-the-game trips to the shame chair? I asked Pittsburghers what advice they wanted to give the next mayor, and as they say, opinions are like Terrible Towels — everyone has at least two.

Here’s your manual, Future Mayor, for winning over the people. For leaving a lasting legacy and being our good neighbor. Hang this in your office. Fold it up and put it in your pocket. Laminate it. Frame it. Make it your computer wallpaper. Never throw it away.

1. Be a grown-up. While many constituents phrased it as, “Don’t be a jagoff,” the message is the same: Pittsburgh is ready for mature, thoughtful leadership. And that means …

2. Be humble. As reader Stephanie Barbour put it, “Be a citizen, not a celebrity.” That thought was echoed by many. Do you need four bodyguards? Do you need to take selfies with Wiz Khalifa? Do you plan to walk the streets with a posse while hoping the peons don’t make eye contact or dare speak to you? Don’t. After all …

3. “You work for the people, not the other way around,” reader Jim Shireman said. The people are your bosses, and each election is your performance review. As your bosses, we’d like to remind you to …

4. Show up. Be a visible mayor. Fill your publicly available schedule not just with the glitzy but with the grimy and gritty, too. Work the trenches, not just the ballrooms, and show regular folks that we matter, too. Demonstrate that you’re there for us when the crises hit, even if it means collapsing in bed bone-tired when the city has been asleep for hours. Our trust in you is your reward, and we are trusting you.

5. Don’t be for sale. Not to anyone — including the party, unions, valet companies, sports teams and universities. This is not Walmart, and you are not a Rollback Special. Let it be known that you are not, and never will be, available to the highest bidder … or you will be spending a good portion of time in the shame chair with only a juice box and millions of scolding eyes to keep you company. Despite that, we want you to know …

6. It’s OK to make mistakes. You’re human and we get that, but when you mess up, and you will, “Admit it and make sure history doesn’t repeat itself,” is blogger Michelle Hammons’ advice. Transparency and honesty go a long way in soothing the sting of mistakes.

Six rules for success. They seem so basic, but many a politician has tripped up by ignoring or forgetting such simple guidelines. Those people are sitting in shame chairs or even jail cells. Maybe they needed it all spelled out on paper.

Maybe they just needed a manual.

This article appears in the October 2013 issue of Pittsburgh Magazine.
Categories: From the Magazine, Hot Reads, PittGirl