Alexander the Great’s Washington Capitals will be golfing next week. Many people are shocked by last night’s 2-1 Game 7 victory by Les Habitants de Montreal. After all, the last time an 8-seed overcame a 3-1 series deficit to defeat a 1-seed was…never in the history of the universe.

Shocking, perhaps. But for my money, the real scandal occurred 32 hours before Game 7, at the Capitals’ sleepy optional morning practice. That’s right—optional. In their last chance to fine-tune their power play, which had been clunking along at an uncharacteristically abysmal 3-percent in the series, many of Washington’s key players didn’t even bother to lace up the skates.

Among them, team captain Alexander Ovechkin. 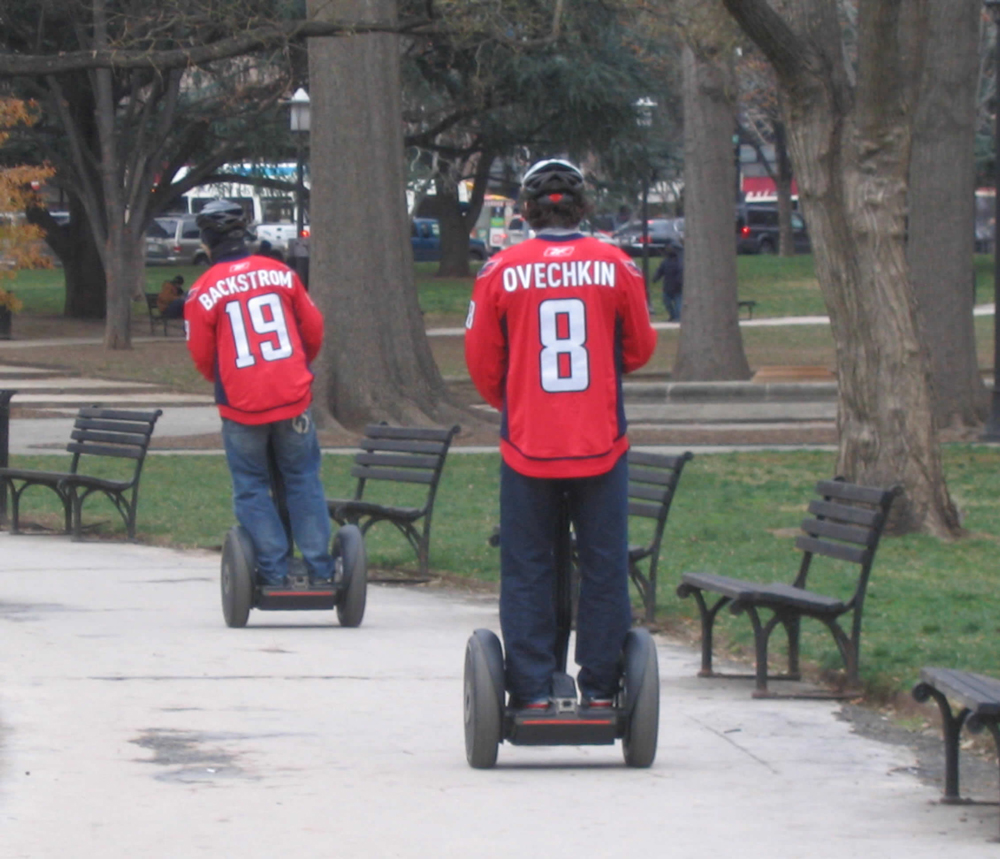 Dude was busy riding a Segway.

Last season, when the Stanley Cup was still just a gleam in Sidney Crosby’s eye and the Caps-Pens rivalry was heating up, Capitals forward Alexander Semin pondered aloud, “What’s so special about Crosby?”

Semin, Ovechkin’s teammate and Russian compatriot, suggested that Sid the Kid was being over-marketed by the NHL, and even compared him unfavorably to the Chicago Blackhawks’ young star Patrick Kane. “I don’t see anything special there,” he said of Crosby, aside from "good head, good pass. But there’s nothing else." 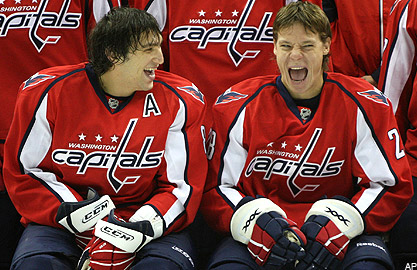 I can see where Semin was coming from. He gets to witness the raw talent of Ovechkin every single day—the way he chops his skates down the ice like a marauder and snaps off a searing wrist shot that even HD cameras can’t capture. I get that.

Crosby’s calculated, hovering, swooping, ass-to-the-ground style may seem underwhelming and old-fashioned in comparison to Ovechkin’s relentless blitzkrieg. But Semin, along with many members of the mainstream media, failed to see the big picture. The hockey world loves to compare Crosby and Ovechkin’s mirror-image career statistics and yin-and-yang personalities, but the narrative doesn’t focus enough on the one thing that truly separates them: work ethic.

When Semin characterized Crosby’s limited game in early 2008 as "good head, good pass," he was actually half right. At the time, Sid had never topped 40 goals in a season, and was mediocre in the face-off circle. That’s the remarkable thing about him: even after winning a Stanley-freaking-Cup, Crosby was not content with his game. He spent the entire off-season practicing his scoring touch and his face-off technique.

As a result, his goal total jumped from 33 to a league-leading 51, and perhaps more astonishingly, he lead the league in face-off wins with 1,001 this season. The second-best dude had 864. Talk about work ethic…I could barely muster the effort to crank the lever on the recliner 1,001 times this season. 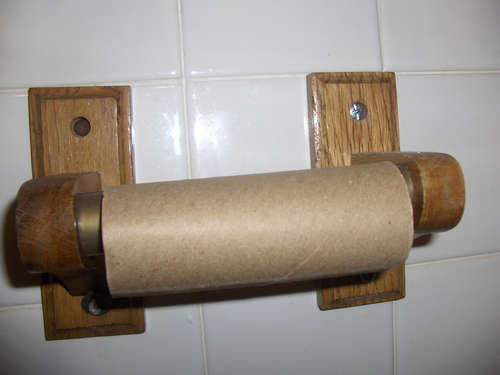 Hey, speaking of being lazy: is there any simple task on earth more daunting than changing a toilet paper roll? Look at that contraption. I have no idea how it works. Each one is different. Ever have to "play a road game" and figure out unfamiliar equipment? I usually just rattle the cylinder like a caveman until something happens.

There is more to the measure of a superstar than YouTube clips and scoring titles. Truly elite players, especially team captains like Crosby and Ovechkin, are leaders above all else.

Ovechkin set the tone for his team by playing hooky from the last practice before Game 7. Can you ever imagine Crosby missing that practice? Say what you will about The Kid, but he would be the first player on the ice even if he had to crawl.

Joining Ovy in apathy was none other than Alexander Semin, who managed one lone assist and zero goals in the entire series. Ovechkin scored 5 goals and 4 assists in the series. Solid numbers, but until Alex the Great can inspire his teammates to match his effort in the playoffs, he is not an elite superstar. He is an island. 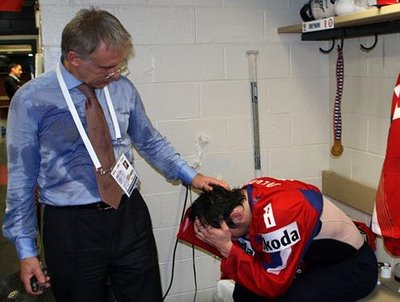 "Bro! You got tears all over my new shirt. Expect a bill for twenty rubles."

In only six games against Ottawa, Crosby racked up 5 goals and 9 assists. More importantly, his team won.

It will be an excruciating off-season for Capitals fans, who witnessed the implosion of a team that won a league-high 54 games in the regular season. The enduring memory that they will dwell on all summer long will be that of Ovechkin rushing down the wing with precious seconds remaining, looking so threatening and unstoppable before limply giving the puck away. It was an apt metaphor for their season as a whole.

Until the "Next Great One" proves that he can lead his team to win real hardware, it is only fair ask: “What’s so special about Ovechkin?” 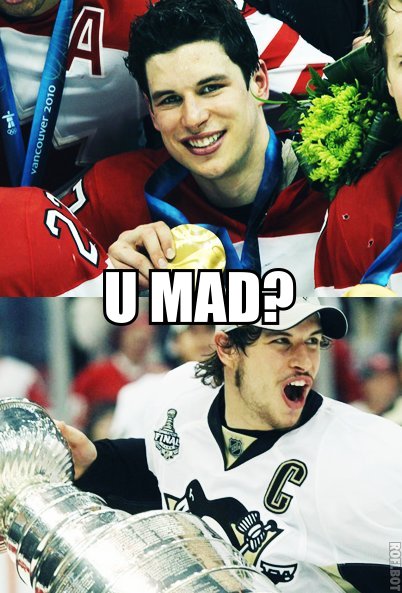