Faced with too many great concerts on the spring calendar, we had to get a little selfish. 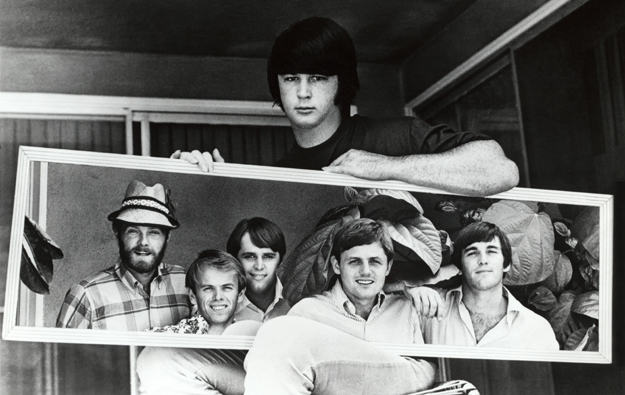 When toying with the idea of putting together a Spring Concert Preview edition of this here blog, I found myself stumbling with the logistics. After all, a glimpse at any collection of concert listings reveals less of an article and more of a database. We have more mid-level venues and worthy clubs than ever. Every bar in Lawrenceville, Bloomfield and the South Side has a stage, and they’re filling them constantly. Our region puts together outdoor music events at a staggering rate. And seriously, if you stand in one place long enough, a Clarks concert will happen there.

So how to narrow it down? Preview just rock? Just pop? Stick to the clubs, or the major venues? Under-the-radar acts? Golden oldies? What to do?

And then, the answer presented itself: screw it, I’m just writing about what I like.

So, call this my personal concert calendar. Should you attend all of these shows as well? Yes, of course. Even if your iTunes library doesn’t sink up perfectly with mine. Spring is (almost, sort of) here. Get to a show.

Reverend Horton Heat
Altar Bar
March 9
Ever since seeing the Cherry Poppin’ Daddies at Metropol at the tender age of 13, I’ve known that modern swing in a sweaty club is a great way to work up a sweat…

The Business
Smiling Moose
March 21
…as is thrashing around to some old-school punk. The Business have been at it long enough that some of those other folks in the mosh pit might even be your age! And seeing a seminal punk act in an intimate venue like the Moose is pretty awesome, too.

Kimya Dawson
Andy Warhol Museum
March 22
I tried to avoid anything that wears a bright pink “hipster” label on its sleeve, but Kimya Dawson is just too damn charming. Her lo-fi folk stuff with The Moldy Peaches went mainstream thanks to the indieriffic Oscar winner Juno; you’ll recognize “Anyone Else But You” (head to YouTube for a refresher.)

Van Halen
Consol Energy Center
March 30
I don’t even particularly like Van Halen, and yet I was clamoring for tickets as soon as the reunion tour was announced. I’ll take a half-dozen bottles of Iron and David Lee Roth demanding that I “Jump”, please. The paring with opening act Kool and the Gang guarantees that this will be the most fun you can have outside of 1986.

Jimmie’s Chicken Shack
Hard Rock Cafe
April 20
I’ve maintained an affinity for this 90’s alt band that never quite made it for a simple reason – they were the first band I ever saw live, at X-Fest ‘98. Their only pseudo-hit, “Do Right,” is an overlooked alternative gem.

Lez Zeppelin
Altar Bar
April 20-21
Too young to have ever seen Zep? Doesn’t matter. Among a sea of tribute bands, this acclaimed all-female lineup is the standout. Not only can they play like Page and the boys, they have a worthy sense of showmanship. Not to be missed.

Squeeze
Carnegie Music Hall Homestead
April 26
I might be more excited for this show than any other this year. The unbelievably talented '80s songsmiths Squeeze, along with irrepressible ska masters The English Beat? I’d go to this show every night for a week.

Marilyn Manson
Stage AE
May 5
The erstwhile god of shock has evolved (nay, matured) into the elder statesman of twisted glam. I’ve always been a casual fan, but an appearance at Stage AE rather than a giant arena or summer fest has me pumped.

Colin Hay
Rex Theater
May 13
The singer and songwriter of Men at Work may not be on your radar, but he should be. Check out his album Man @ Work, featuring solo versions of his '80s hits, for some convincing. Poppy tracks like “Overkill” and “It’s a Mistake” become touching pleas.

Primus
Stage AE
May 22
Paired with similarly weird alternative act Gogol Bordello, Primus’ blend of rock, funk and…unclassifiable noise is the perfect way to kick off your summer. Always worth it just to see Les Claypool perform acrobatics on the bass.

For tickets, visit Ticketmaster or StubHub