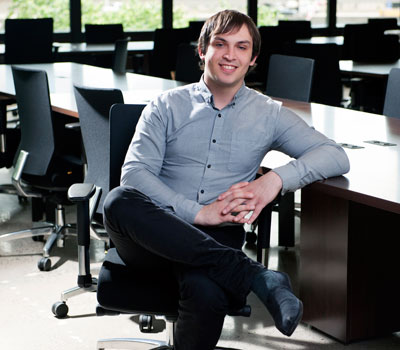 Every year, tens of thousands of children undergo cardiovascular surgeries. For too many children, these procedures result in complications or have to be repeated. PECA Labs Inc. is working to change that.

The company was formed in 2012 while the founders were still students at Carnegie Mellon University. The company received investment and support from Innovation Works to pursue the goal of improving surgical devices used on children with complex congenital defects.

The company’s first device, the MASA Valve, has already shown “excellent clinical results with intra-operative construction in a couple hundred children worldwide,” suggesting it is “capable of reducing the number of open-heart surgeries those children will undergo,” says Bernstein.

Replacement valves are often made with animal or human tissue, but PECA Labs hopes to bring the first fully synthetic heart valves to market, which could significantly reduce complications in pediatrics. The company aims to utilize its devices for adult patients as well.

“My partners and I truly believe that the technologies we are developing can have a major impact in the cardiovascular device field,” says Bernstein.

In order to do so, PECA’s main focus today is getting its devices FDA approved for sale to “make them available to everyone who needs them.” The company hopes to receive approval for the MASA Valve in the next year or two.

Bernstein says the keys to PECA’s success are “confidence, long hours and luck.”

“The company would have never even started if I didn’t believe it was possible for a guy in his early twenties to be successful developing some of the most complex medical devices with one of the most stringent sets of regulatory requirements,” he says. “However, with that comes…an almost unfathomable amount of work. Over and over again, though, serendipity plays a key role in our success, from meeting my partners Jamie Quinterno and Dr. Arush Kalra, to investors finding out about us through odd channels.”

Overall, Bernstein says none of this “would be possible without our amazing group of employees, advisors, investors and supporters.”