Avi Geller is CEO and Founder of Maven Machines. 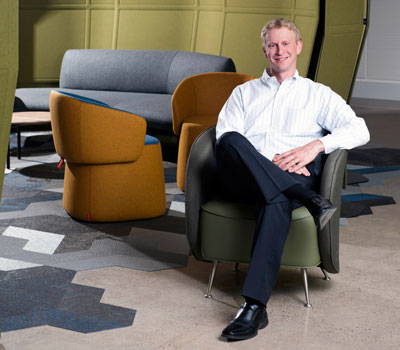 “The goal of the company is to reduce the number of crashes and be a worldwide leader in disruptive mobile solutions for transportation safety,” says Geller.

The company’s Maven Co-Pilot™ is a wearable wireless headset that monitors a driver’s alertness by tracking head bobs and mirror checks while also providing hands-free communications. The device reads data from sensors 50 times each second and then maps drivers’ bio-rhythms, so they can see their fatigue cycles and improve their habits. This information is also sent to the Maven Portal, so fleet managers have real-time views and can assist drivers.

“Maven’s solution is the first of its kind and only ‘active safety system’ capable of monitoring driver performance and driver fatigue in real-time,” says Geller. “By showing empirical evidence of driving behavior, Maven brings awareness so drivers can monitor, manage and make positive changes to their habits.”

Though Geller has contacts in his hometown of Silicon Valley, Boston, Chicago and abroad, he decided to bring his company to Pittsburgh because he was drawn to the unique program offered by Innovation Works’ AlphaLab Gear, an accelerator providing investment, business assistance and help with design for manufacturing and production resources. Geller has found the city’s mix of talent, support and expertise provides the best environment to launch a startup.

Since adding three new fleets in 2016, Maven Machines now works with six fleets and in May reached 100,000 safe miles with no crashes.