It’s not the sudden death they suffered at the hands of the Rangers that stings so much. It’s the realization that an era unlike any other has come to a crashing, crushing end along with the 2021-22 season. 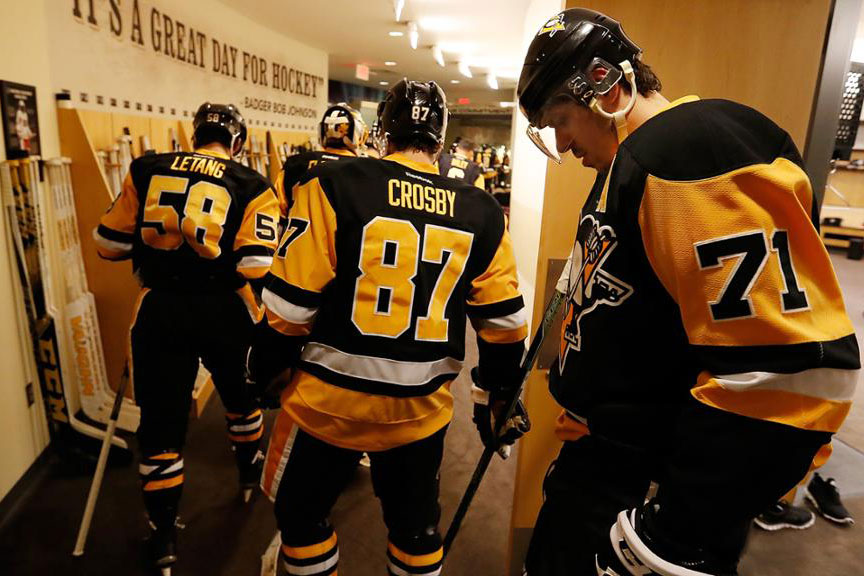 It was still too soon, Mike Sullivan maintained, to make any significant declarations regarding the direction in which the Penguins should be heading following a fourth consecutive first-round elimination from the playoffs.

Tuesday was for exit interviews and other close-the-books-on-the-season details, Sullivan alluded, not concrete conclusions about the future.

“We try to look at each experience as objectively as we can and remove some of the emotion,” the Penguins’ head coach explained less than 48 hours removed from Rangers 4, Penguins 3 in Game 7 in overtime. “When you’re as invested as we all are we all get caught up in our emotions.”

This was a series the Penguins were in a position to win, repeatedly.

Blowing a three-games-to-one series lead, blowing two-goal leads in Game 5 and in Game 6, and blowing two one-goal advantages in Game 7, including one with less than six minutes remaining in regulation had to sting.

“I feel as though our team played extremely well,” Sullivan continued. “There’s such a fine line between winning and losing. None of us feel very good about the result at this point. But never once did we feel throughout the course of that round that we were getting outplayed.

“That just speaks to the parity in the league. We felt like we played a pretty solid game, game in and game out, that gave our team the best chance to win.”

Just as it hasn’t been since the Pens last won a series back in April of 2018 against Philadelphia.

They lost the next one to Washington, but since the Caps went on to capture the Stanley Cup no one thought much about it.

But the four one-and-dones in succession since then are an undeniable indictment of the Pens’ ability to contend in their current configuration.

The series loss to the Rangers was the Penguins’ franchise-record fifth in a row.

Think about that for a minute.

The authors of the “Golden Era” of Penguins hockey, the generational players and the collectors of Cups on the ice and behind the bench are also responsible for the worst extended stretch of postseason futility in franchise history.

And the franchise history in the postseason was pretty bad pre-Mario.

Sullivan is spot on when he contends emotion must be removed from the decision-making process in the wake of what for the Penguins now qualifies as unprecedented playoff failure.

But it’s not the emotion generated by the oh-so-close confrontation with/elimination by the Rangers the decision-makers will need to guard against.

It’s the lingering emotion/nostalgia from what once was but at this juncture is clearly a bygone era.

That’s why the new ownership group, Fenway Sports Group, is in the right place at the right time.

Pages need to be turned.

Hard decisions need to be made.

And the Penguins need to head in a new direction that will require them to achieve salary cap flexibility before any significant steps can be taken.

New ownership will find it much easier to reach those inevitable conclusions without getting emotional over a championship history it wasn’t a part of in the first place.

Everyone knew it was going to come to this eventually.

Everyone was aware the clock was ticking on the Sidney Crosby-Evgeni Malkin-Kris Letang Holy Trinity Era due to Malkin’s and Letang’s status as impending unrestricted free agents at season’s end.

But no one in the Penguins camp saw the end coming quite this abruptly.

And it’ll take some adjusting to lurch forward without at least one and more likely two of the Penguins’ Big Three.

Crosby arrived in 2005-06, and Malkin the following season.

Letang played seven regular-season games in 2006-07 and has been a fixture when healthy ever since.

“We understand it’s not something that can happen forever,” Crosby offered. “Hopefully, a little bit longer.”

The much more likely scenario is this:

Elvis has left the building, and Malkin and Letang are about to follow him out the door.

That’s the emotion the Pens will have to get over.

Once they realize the seismic changes they’re about to confront were not only inevitable but necessary, the healing can truly commence.