The Growing Popularity of Shooting a Clay Pigeon

Skeet shooting is taking off as a favored western Pennsylvania hobby. 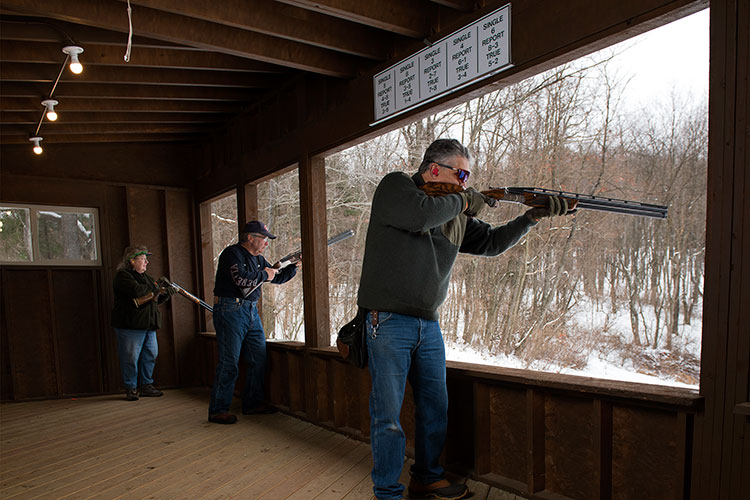 As I loaded a yellow shell into the bottom barrel of the borrowed, over/under-barrel shotgun in my hands, I briefly wished I had paid more attention in algebra.

At the moment, an equation was running through my head: If a target 4 5/16 inches across and 1 inch thick is propelled at an upward angle (starting 4 feet off the ground) over a hillside at 48 miles per hour, can a person (with no meaningful shooting experience) wielding a 7-pound, 20-gauge shotgun hit said target before it reaches its terminal height of 15 feet at a distance of 62 total yards? 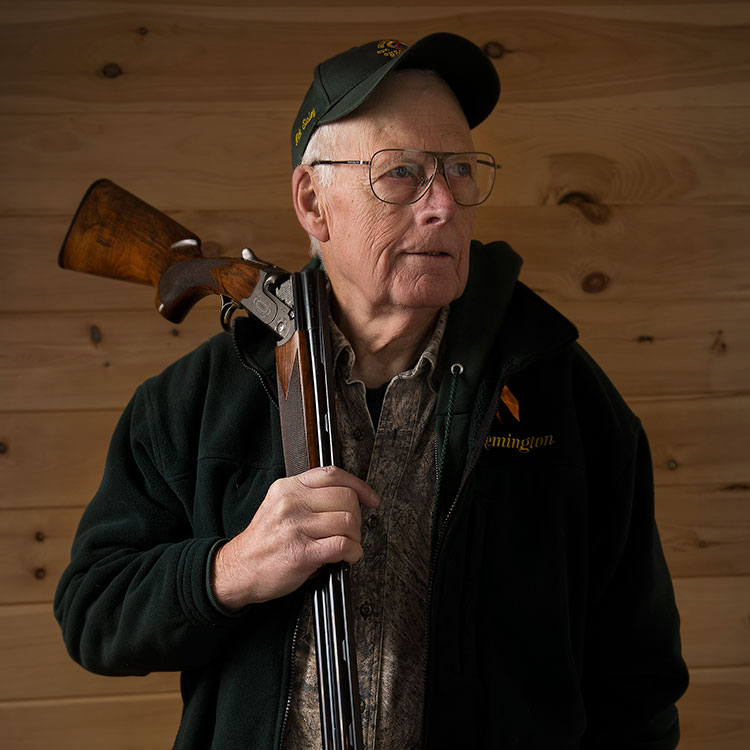 Miraculously, without the benefit of math, it happened twice in 16 tries. That one-in-eight success rate took a fair amount of coaching from Nick Sisley, a member of the Pennsylvania Skeet Shooting Hall of Fame — as well as luck.

Sisley escorted me through the basics of skeet on a visit to the Tarentum District Sportsmen’s Club, a woodland retreat on hilly acreage in Sarver featuring a newly built lodge-style clubhouse. 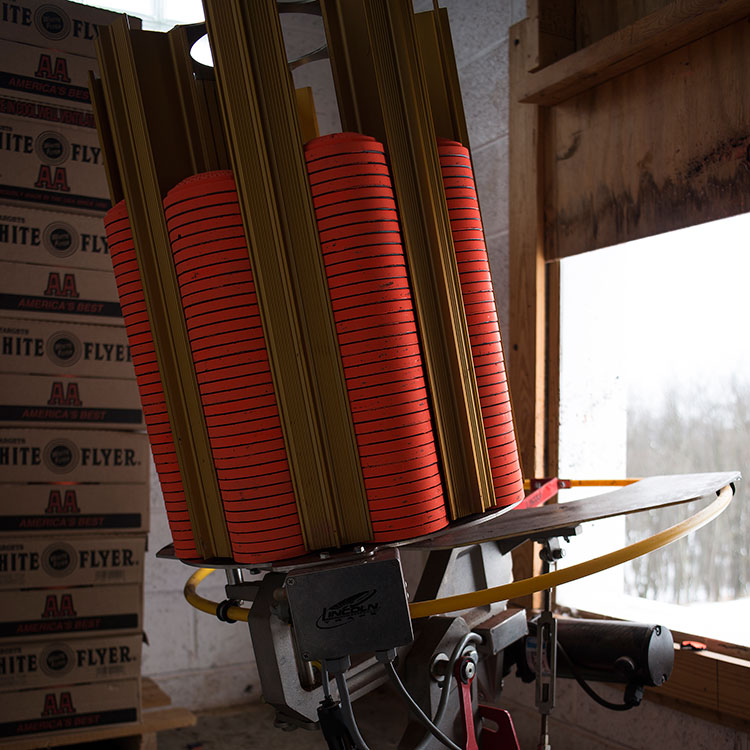 Skeet is one of the major disciplines of the sport of clay target shooting, along with trap shooting and sporting clays. Skeet came along in the 1920s, originally developed as a way for grouse hunters to hone their craft; it has since become a sport with international competitions.

In each discipline, a competitor moves through a number of different stations, using a shotgun to shoot clay discs that have been “thrown” at varying levels in the air by machines triggered by remote control from two “houses” located to the right and left of the field. (The number of stations and targets, their locations and other details change between skeet, trap and sporting clays.) 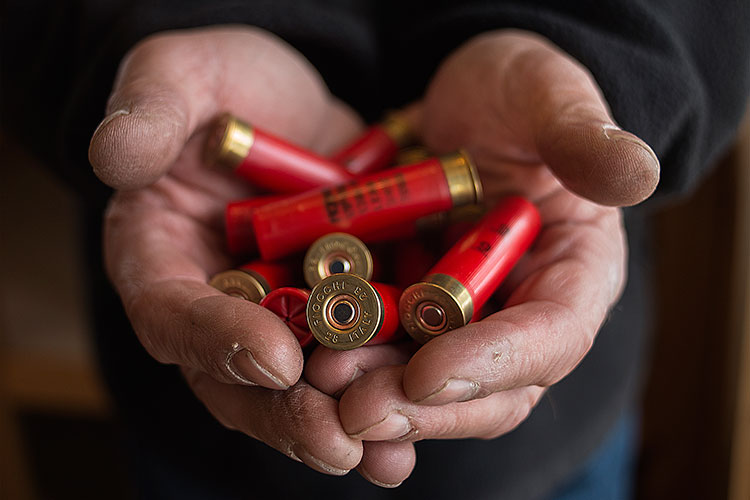 A focus on safety is apparent upon entering the facility — rules related to gun safety and using eye and ear protection are posted along the roadways and in several locations inside and on the outside of the buildings throughout the property.

Sisley, one of three accredited skeet shooting instructors at the club, took me through the paces as he prepared the shotgun I’d be using for my lesson. One of the reasons skeet is rising in popularity, he says, is that it has a relatively low cost of entry: For the cost of a box of ammunition and a modest course fee ($4 at the Tarentum club), anyone who owns a shotgun can, accompanied by a member, shoot a round of skeet.

There is the matter of knowing what you’re doing, however. 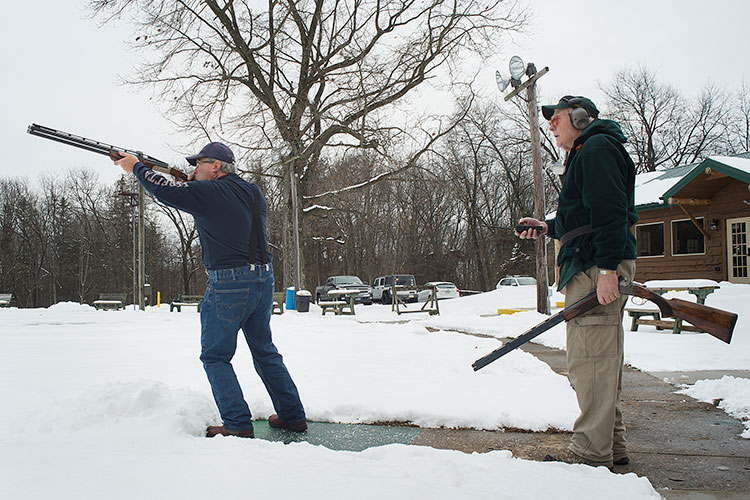 If you’ve ever watched a spaghetti western, it’s tempting to think you can swagger out to one of the designated stations (a painted rectangle at the end of a concrete pathway emanating spoke-like from a concrete half-circle), load a shell in your shotgun, raise it to the sky, yell “PULL!,” squeeze the trigger and watch triumphantly as the fluorescent orange clay target (called a bird or pigeon) explodes into hundreds of pieces.

After a few failed attempts on my part, Sisley demonstrated key skills involved in successful skeet shooting: foot position, muzzle position, eye position and more.
Not closing your eyes when you squeeze the trigger helps, too. 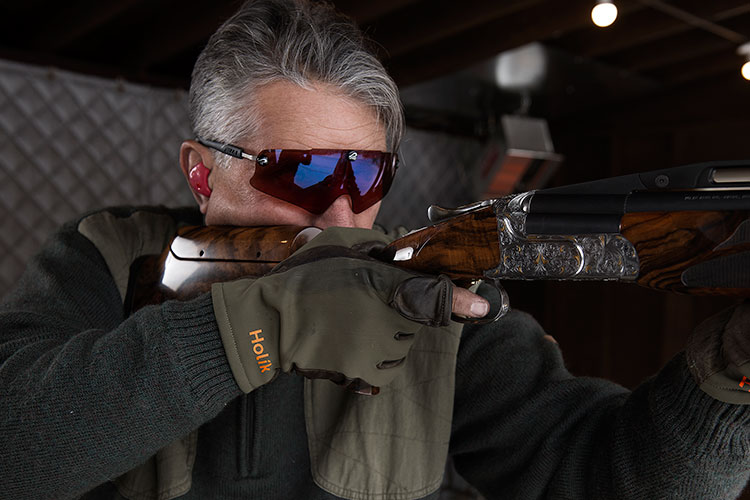 It took two more failed shots, with Sisley standing directly behind me issuing directives (“Linebacker stance!” “Belly out!” “Don’t bend your back!”) before the defining moment every new skeet shooter eventually experiences: the target exploded.

The exhilaration was consuming. I may have even screamed “Whoo Hoo” and pumped my fist a few times.

“It’s really intimidating when you first shoot,” Sisley says, “but once you get that confidence after you break a few birds, it becomes a pleasure.”

The Tarentum District Sportsmen’s Club has experienced a rise in skeet newbies in the past year; their membership, which is open, is nearing 500. There’s a $75 initiation fee and annual fees of $50 (as well as modest per-game fees).

This article appears in the February 2018 issue of Pittsburgh Magazine.
Categories: From the Magazine, Hot Reads, Sports