‘The Good Wife’s’ Zach Grenier Appears on the Pittsburgh Stage

Grenier on playing the dream role of Willy Loman, coming to Pittsburgh and performing at the renowned Pittsburgh Public Theater. 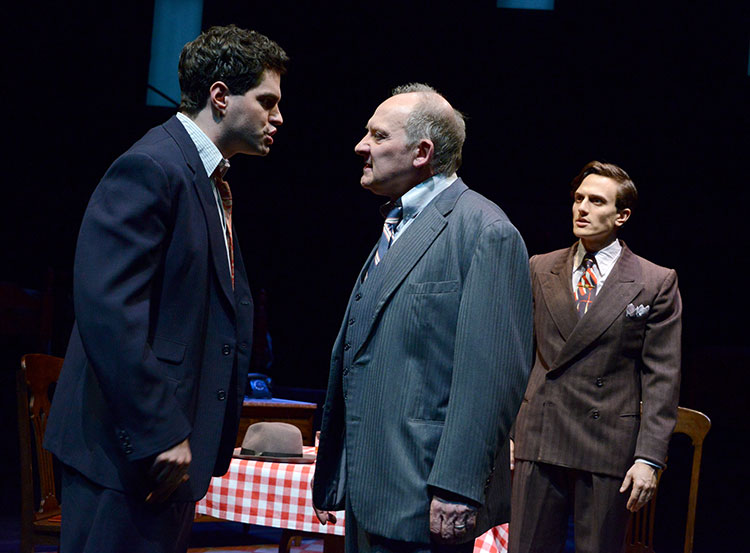 Landing the lead role in “Death of a Salesman” at the Pittsburgh Public Theater marks a welcome return to the stage for New York City-based actor Zach Grenier.

Grenier, perhaps most well-known as divorce lawyer David Lee in “The Good Wife,” is playing Willy Loman, the play’s delusional protagonist. But don’t be fooled by thinking Grenier just has talent in front of the camera — Grenier started his acting career in the theater, touring with Little Flags Theater and appearing in a Boston Shakespeare Production of “As You Like It” at a young age, and has been eagerly awaiting an opportunity to return.

Willy Loman in “Death of a Salesman” often has been thought of as the ideal role to Grenier, who identifies with the overly ambitious yet neurotic protagonist. Grenier likens the play to the life of his father growing up in the Bronx and to his own experiences living in New York.

Grenier took some time to chat with Pittsburgh Magazine about the play, which runs through May 21 at the Pittsburgh Public Theater. 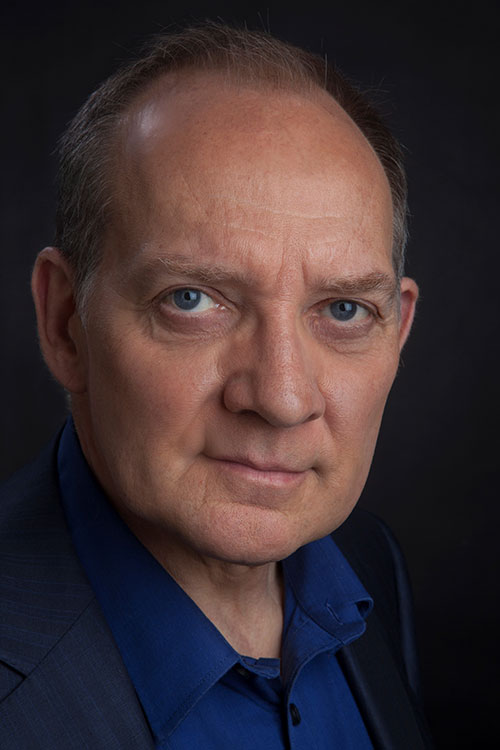 Playing such an iconic character in such a classic play… how do you make the role your own?
[The] first thing I do is make sure I don't watch any of Lee J. Cobbs’ work [playing Willy Loman in the original Broadway run] or go to YouTube and find [any recordings]. It’s so easy to do that now, and it's so tempting to go, “Geez, this moment, how did he do it?” I don't want to know. I watched the first three minutes and I had trouble with the first three minutes of the [play] in rehearsal because I was trying to get away from this incredible performance of Lee J. Cobb’s.

I think it's like anything you do in theater or in film. The idea of making it your own, which is a cliche, is finding the thing that relates to you — it's as simple as that. It's just training yourself not to make assumptions about what this is. I'm the kind of actor that if somebody does it [one way], I'll try it five different ways before I get back to that.

One way to describe art is that which has not been seen before … So, us talking right now — this has not happened before, so in our conversation we're creating something that hasn't happened before. It's happened similarly all over the place but not like this, and that's what you have to find every night when you do a play.

What has the experience been like so far? Talk to us about how rehearsals are going.
Oh, they’re wonderful. We just have this extraordinary cast. I worked with [“Death of a Salesman” director] Mary Robinson years ago but, like it was yesterday, we did “The Moon for the Misbegotten” together back in Philadelphia. … I don't know how much you know about the process of rehearsing and directing, but there are times when you just have someone who knows the play — not that she knows the play so well but she’s so sensitive to the play and to actors that she can help you mold and create something wonderful. And this is what she’s doing. When I found out I was going to do this I said, “Who’s directing it?” and they told me and I said, “Yes, OK, definitely.”

I'm in heaven. She cast [“The Death of a Salesman”] so well that the people that are involved in this are just angels. I can't tell you [what it’s like] to be involved in a play that is such a masterpiece, and I'm not saying that lightly … I've never worked on a play like this — except Shakespeare — in terms of its complexity, of its emotional life and also the poetry of what [Arthur Miller has] written. And, on top of it, it's a very realistic bunch of people, so it's easy to go there as far as wanting to find really the truth of how people talk to each other and all.

My father's from the Bronx, and my uncles were from the Bronx. And this [play] is about Brooklyn, but it's the outer boroughs of Manhattan in the ‘40s — the ‘20s, ‘30s and ‘40s is where this takes place. It is my father's realm; my father’s family’s realm. Just as a boy, I know the language, the style, the attitude of an urban kid almost from the streets and those neighborhoods. It just sings out of this play, and it's just something from my childhood that I remember, so I'm very comfortable with that. 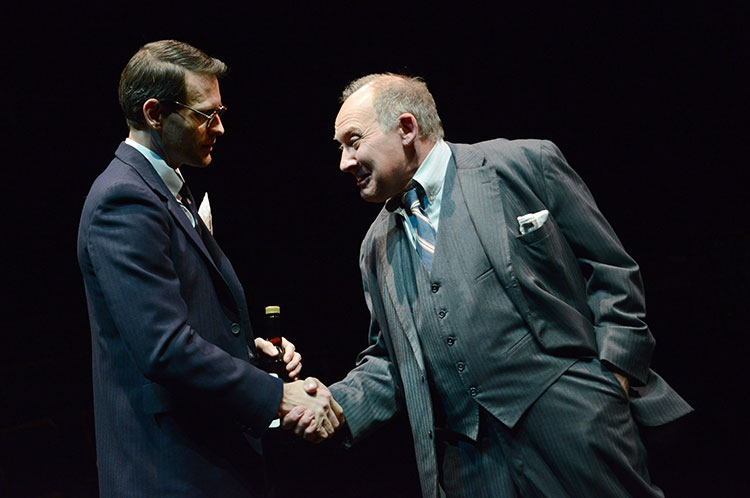 What attracted you to Pittsburgh and the Public Theater?
[The Pittsburgh Public Theater] has a great reputation in New York amongst us — actors and agents and casting people. It's a very well-respected theater in New York. It's a place that you should go, and when I got here I understand why. The way Ted [Pappas] has created this extraordinary environment … And Pam Berlin [a director at Pittsburgh Public Theater] was hoping that I was going to work with her at one point here, [so] she asked me to come and do something and I couldn’t. And then … Mary and I have been trying to work together for years, so it's been on my mind, like someday I have to get out to Pittsburgh.

One Monday my wife and I were sitting around, “The Good Wife” is done, and I had just gotten back from Chicago [filming] another episodic, … wondering where I'm going to land, wondering what kind of thing, and I really wanted to do some theater. … So, [we’re] sitting around one Monday, and I was saying, “Oh, God, if I only could do Willy Loman. I'm never going to do that role.” The next morning I got a call offering me the role. 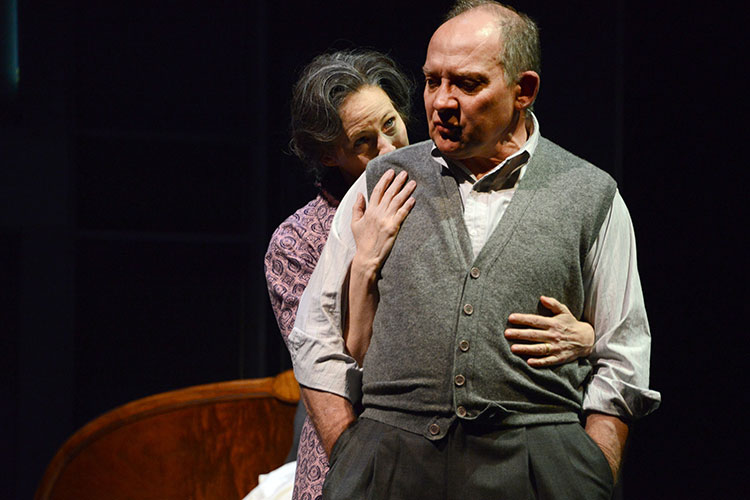 Have you had the chance to sightsee around Pittsburgh?
Well, I was here in ‘85 a long time ago, so it was a very place at the time, and I saw [Pittsburgh] through the lens of West Aliquippa — this town that had been left after the factory around it closed. It was a movie [“Kenny”] and I was here for about two-and-a-half months in a [hotel] around that area. It was an independent film, and I only came [into the city] a couple of times.

I spent a lot of time in the Midwest as a kid; I traveled a lot as many actors do, and we moved all over the place — Ohio, Michigan. My father was an associate professor at Penn State in Middletown, an electrical engineer, so I sort of know Pennsylvania a bit. When I was 14, I had a heartbreaking break up with a girl from Erie, Pennsylvania. That's for another interview; that’s for another play maybe. (laughs)

[Pittsburgh] looks like a combination of San Francisco and Butte, Montana. Because it’s got the beauty of San Francisco, [the] hilliness and all of that, but it's also got something about [it]. Butte’s a coal mine town, so it's got that feel to it — that blue-collar feel — that sort of surrounds it.