And the new bike lanes are just the beginning. 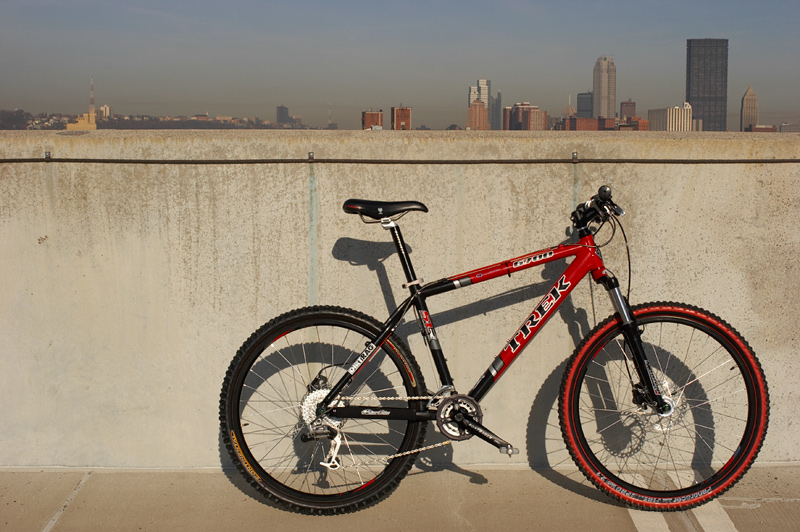 When Mayor Bill Peduto took office this January, he expressed huge plans for the city’s transportation future, including new bike paths and bike racks, express bus service and (eventually) an expanded light rail network. All three are huge steps in the right direction — because they all point to signs that Pittsburgh is a city that is committed to expanding.

Though Pittsburgh is not nearly as densely populated as it once was, there are still 305,000 people living inside the city limit and 2.6 million living within the larger metropolitan area. An expanded transportation network would make the city more connected to the surrounding population than ever before, bridging the gap between the city and its suburbs.

Before any of those lofty transportation goals can be met, however, it helps to get a few smaller projects out of the way. The current focus is on bikes, the second cheapest form of transportation (next to walking). This is bringing about major changes to the city’s already tight traffic situation — including adding a protected bike lane on Penn Ave, turning the busy street into a one-way thoroughfare as it approaches downtown. The stated plan: Develop 5 miles of new bike lanes throughout the city over the next two years, connecting roads owned by the city, county and state. There are also plans to add 50 new bike share stations in the city before 2015.

In order to implement this ambitious plan, Mayor Peduto has appointed Kristin Saunders as the new bicycle and pedestrian coordinator; her tasks will include finding a way to replace Pittsburgh’s current transit plan, last updated in the 1950s. While the percentage of Pittsburghers who bike to work every day is small — 1.4 percent, according to U.S. census data from 2012 — we’re above the national average among medium-sized cities (0.6 percent) and growing.

While the addition of bike paths have caused a small amount of backlash, the additions are addressing the needs of nearly 30,000 Pittsburghers — and that’s a good thing. Though these aren’t the massive additions to the transportation infrastructure the city needs, they are definitely steps in the right direction. We’re at the ground floor of a new era in Pittsburgh where, in a few years time, we’ll be more connected than ever before.

The 5th annual Pittsburgh Fashion Week will take over Highmark Stadium tonight with its kickoff event: "The O.N.E." Opening Night Extravaganza and VIP reception, with a designer's showcase scheduled for 7 p.m. Also tonight, attend the free Fashion Avenue marketplace downtown with vendors from the area from 5:30 to 9 p.m. The marketplace and more designer's showcases will also take place Tuesday, Thursday and Friday evenings.

The week will culminate with two weekend events: a "BTB" Back-To-Basics runway show at 7 p.m. Saturday at the Art Institute of Pittsburgh, where students will showcase their designs; and the Pittsburgh Fashion Hall of Fame induction lunch, set for noon Sunday at the Omni William Penn. The five honorees are: Catherine Ferris, Patricia Sprague Goettel, Lana Neumeyer, Charles Spiegel and Roberta Weissburg.

A full schedule of events can be found here.