The Funhouse at Mr. Smalls is a Treasure

The small, second venue above the Millvale hall is one of the city's best rooms for live music. 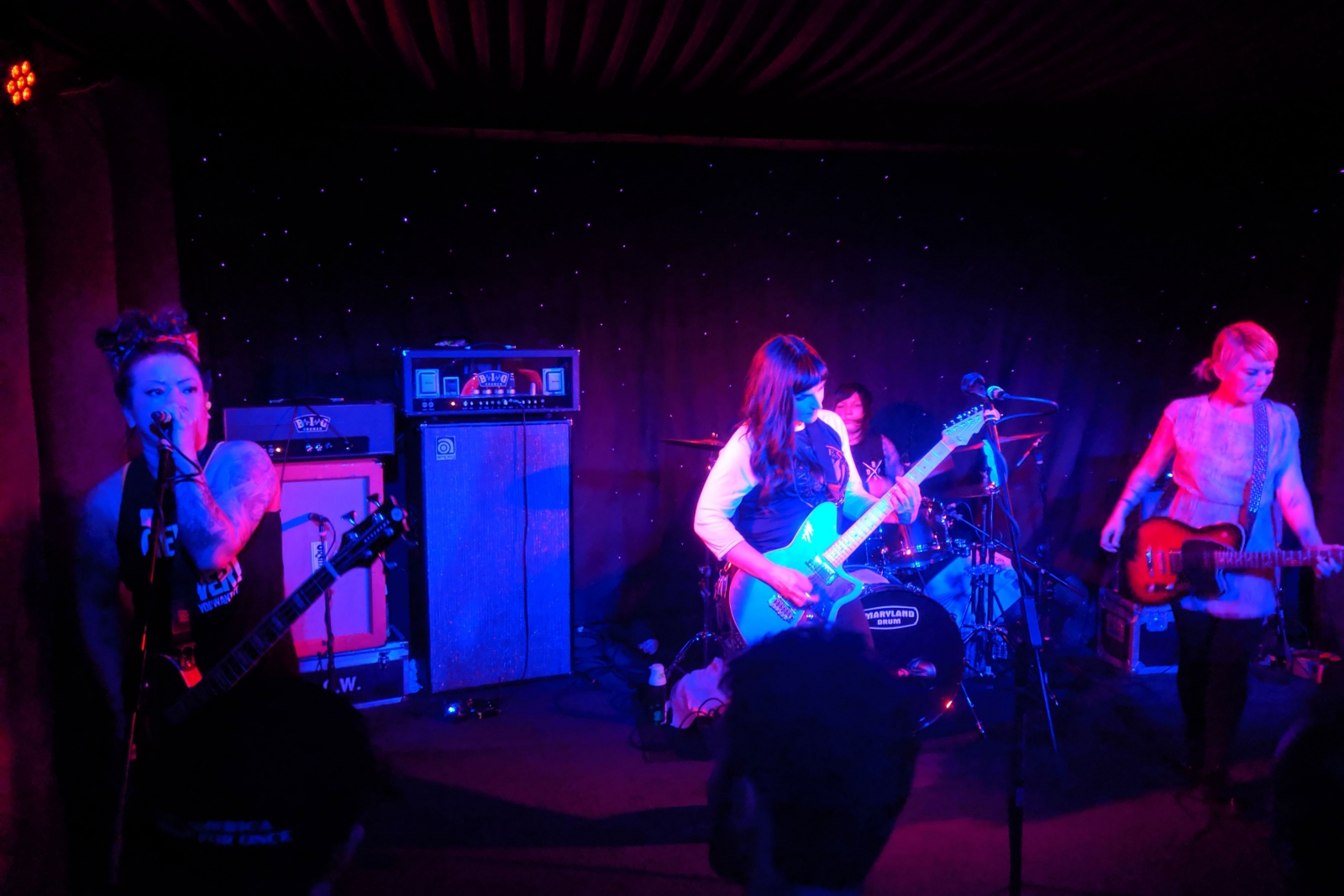 Since 2003, the converted church towering above Millvale has been one of the city’s most consistent and welcoming homes for live music, hosting a diverse slate of acts in a memorable space. It has charm. It has character. There’s a They Might Be Giants song about it.

The Funhouse at Mr. Smalls — its smaller, upstairs sibling — is a great venue.

I’ve been there a few times, but it wasn’t until Monday night when I realized what a gem the room is. A sort of reach-out-and-touch intimacy is essential to a good rock club, and that’s the defining characteristic of the Funhouse; while you’re free to spread out back toward the bar if you’d like, you can easily move toward the stage for the proximity of a house show.

I can remember no proper club in Pittsburgh that has offered this level of intimacy, outside of some of the short-lived, underground venues that only existed until the zoning authority noticed. Bygone college favorite Club Laga was too cavernous; the erstwhile Metropol, which still may or may not be operational under a worse name on whatever day you’re reading this, had a dreadful layout, making the view bad and the path crowded for all but a few patrons.

At the Funhouse, you walk in and can move around freely. The bar is at the back, with swift service; the bathrooms are near the back wall. You can head downstairs to an outdoor patio if you need some air, and unless the show is woefully oversold, you can probably stand in the exact part of the crowd you prefer without much hassle.

You can get a bite to eat, or you can get a beer without going broke. (You can’t really park, but it’s Millvale, so you already knew that.) The sound is quite good, too; it’s powerful without being washed out or overwhelming. Unlike numerous hip venues I could name — I won’t, but let’s just say the smoky dive is an anachronism for a reason — the Funhouse doesn’t appear to be actively trying to deafen you.

Admittedly, all of the above are very old-guy reasons for liking a concert venue: convenience, comfort, acceptable volume. Fundamentally, however, the true measure of a club is always the bands it books — and in this regard, as well, the Funhouse excels.

I was there Monday to see the excellent and woefully underappreciated California punk outfit Bad Cop Bad Cop. While they’ve been through town recently as part of package tours, this was their first headlining show in the area. They were joined by War on Women, a ferocious and fearless act out of Baltimore as engaging as they are enlightened.

Bad Cop Bad Cop and War on Women are excellent bands — and the exact sort that should be staples at clubs in a city like Pittsburgh. The same could be said of other upcoming artists on the calendar, such as latter-day shoegaze band Spirit of the Beehive and ethereal songstress (and former Grimes opening act) Nicole Dollanganger.