The Frick Goes Back in Time

Everything old is new again and retold again at 'Clayton Days,' a perspective on the past at The Frick Art Museum. 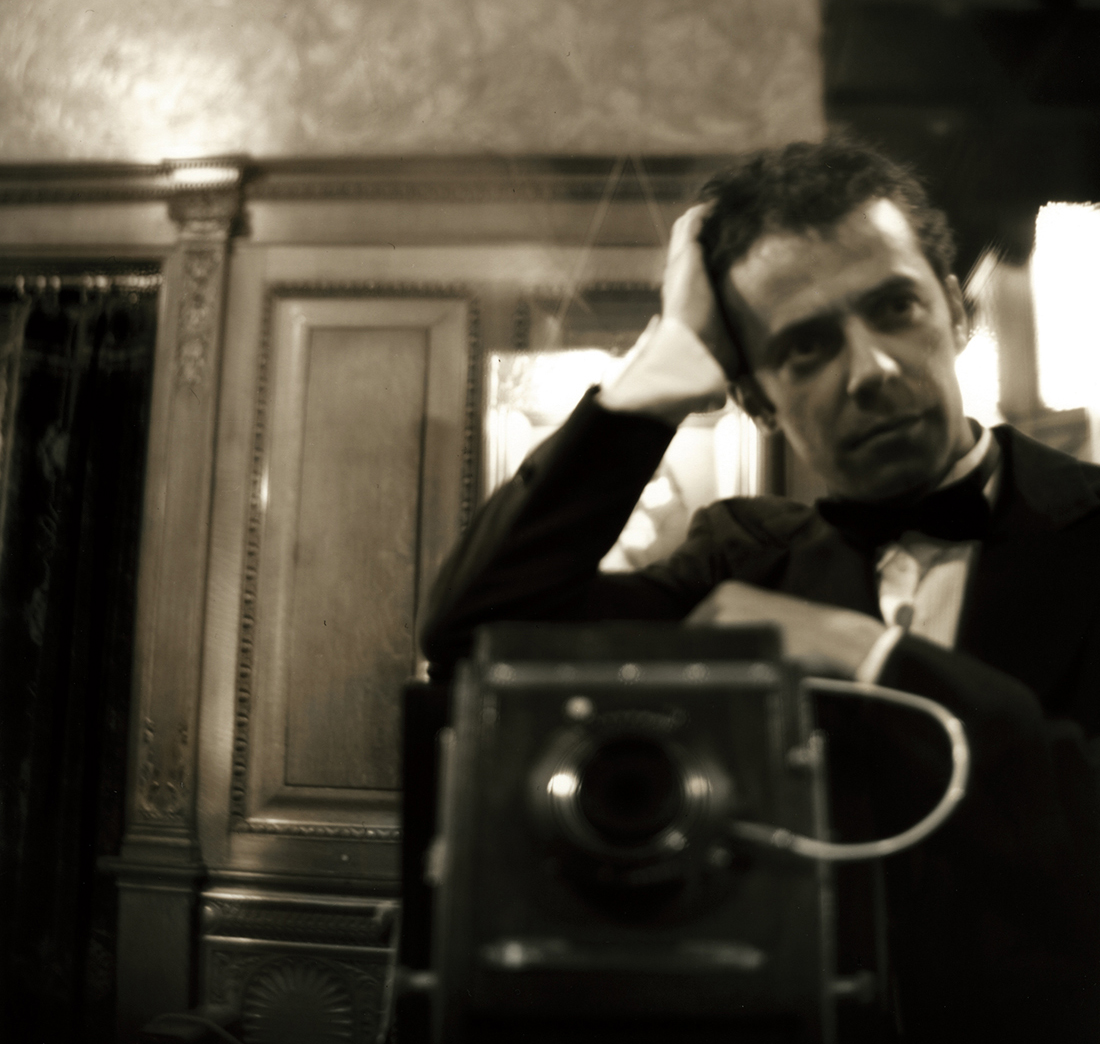 During my many years of covering art exhibitions, I’ve never felt the need to provide a “spoiler alert” — the kind of warning movie critics offer — but “Clayton Days Revisited: A Project by Vik Muniz” requires an exception.

Being duly advised, continue to read on if you wish. Make no mistake, though. “Clayton Days,” which opens this month, is a thought-provoking and visually rich exhibition of photography by Muniz. It’s also the kind of show you might appreciate more if you’d stumble upon it via serendipity, perhaps casually checking it out after lunch at Café at the Frick.

“Clayton Days” first appeared at The Frick Art Museum in 2000. Its debut was a milestone because this was the Frick’s first exhibition of contemporary art. It also was the culmination of a yearlong photography project by Muniz, the Frick’s first artist-in-residence.

Muniz was born in 1961 in Brazil, but by the time of the first “Clayton Days” premiere, he was based in New York, as he is now. He might have been viewed as an unexpected choice for a project at the seemingly staid Frick. A contemporary artist in every sense, Muniz had expressed his creative energies using nontraditional media — chocolate syrup, string, dirt. He’d also drawn inspiration from unexplored subjects and had reimagined other artists’ creations in unconventional ways.

What was unveiled at the conclusion of Muniz’s residency was equally unexpected and, at first glance, not contemporary. Looking at the elegant series of 65 photographs, anyone could have interpreted the project as a study of the life and times of the Henry Clay Frick family and staff during the early days of Clayton. There are sepia-toned images of important-looking people of means in horse-drawn carriages or classic cars; there are women in long white dresses and men in straw hats, jackets and bow ties playing croquet. There are also elegantly attired children, some cradling china-headed dolls. One little girl sends soap bubbles wafting from a Clayton terrace.

But like the bubbles, the photographic album produced for that project was extremely short-lived and almost illusory. It was an alternate universe. Muniz asked us to consider the essence of what is real, the reality of photography and the nature of perception.

As Ansel Adams said, “You don’t take a photograph, you make it.” That’s essentially what Muniz did during his Frick residency. Frick Center staff and their children were enlisted to help stage an imaginary reality that mimicked a Frick family past via “historical” and genre scenes. Mixed in among the new/old images were copies of actual images of the past from the Frick’s collection that Muniz rephotographed.

Reflecting in 2006 on his “Clayton Days” project, Muniz explained, “I started to imagine the little things that might have happened in the interstices between historical events — little things like the discovery of a dead snake, a picnic, a doctor’s house call.”

Feeling the presence of the Frick children who once romped around Clayton and its grounds, Muniz shot a number of the images by positioning the camera angle as related to the height of a child.

Muniz himself got into character for the project. He selected a large-format period camera and orthochromatic film, through which everything waxes “old.” Don’t miss his self-portrait, in which Muniz is attired in turn-of-the-20th-century garb peering out from behind that camera.

Muniz once described his photography as being “short plays.” After the secrets behind this photographic series are revealed, “Clayton Days” may seem like the title of a make-believe play or movie, and the photos assume the function of stills. It’s also worth noting that the Frick calls this show a “restaging.” 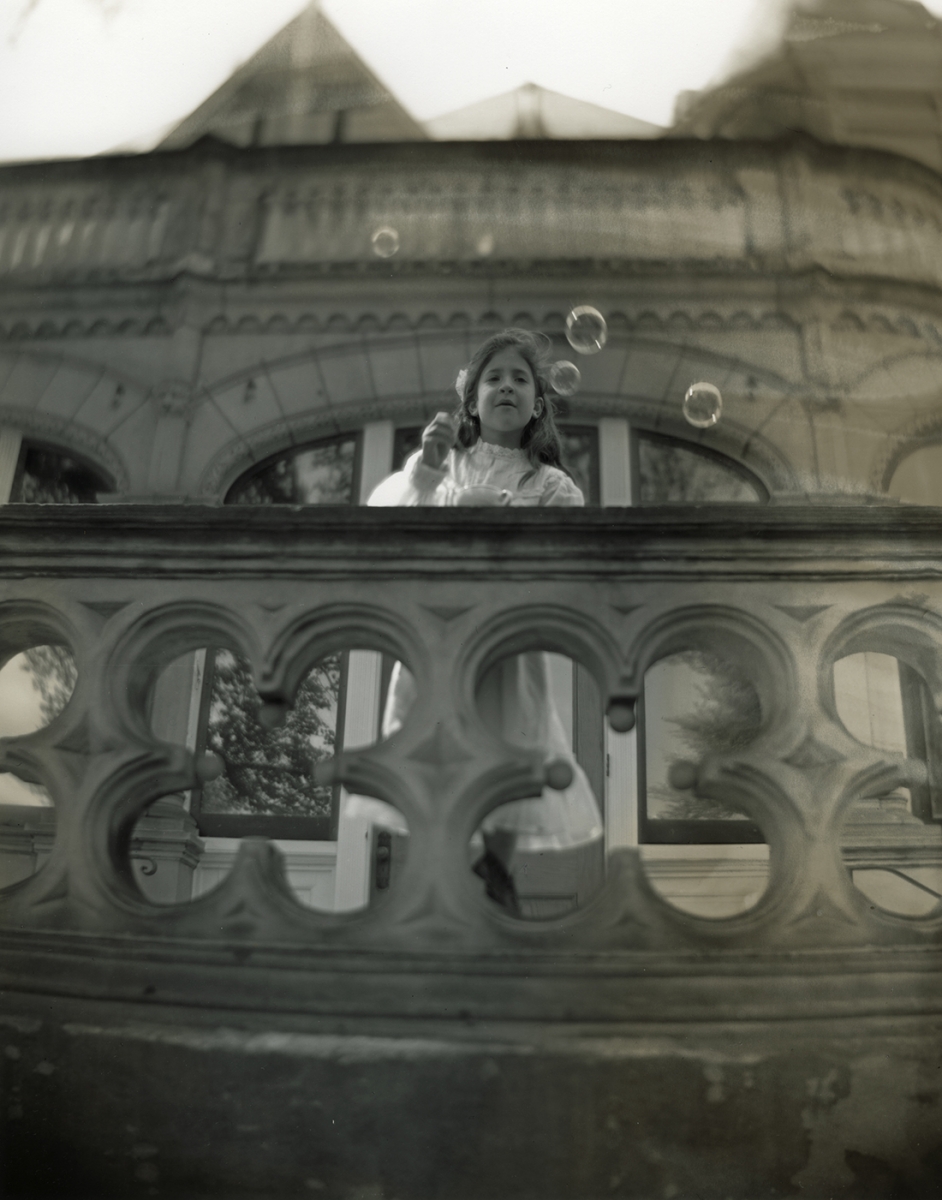 Since “Clayton Days” was last presented, the world has changed considerably. In looking at the “actors” Muniz used in the photos, you can contemplate where the road of life has taken them. In 2013, these once-new “old” photographs are truly remembrances of things past.

After Muniz left Clayton, his international reputation continued to grow. One example is his 2010 film, Waste Land, which focused on garbage pickers in Rio de Janeiro and earned an Academy Award nomination for Best Documentary Feature. In addition to the “Clayton Days” prints, a selection of nine more recent works by Muniz will be on view. Among them is a seven-print series from “Pictures of Garbage,” which was featured in Waste Land. The exhibition has been timed to complement the regional focus on contemporary art during the upcoming Carnegie International, which launches in October.

Susan Sontag once observed that photography involves a participation in mortality. “Precisely by slicing out this moment and freezing it, all photographs testify to time’s relentless melt,” she said.

And melt trickles down into water. Perhaps that’s what so iconic — and memorable — about the child and her bubbles at Clayton.