Fede Pasta opens an intimate eatery, and the owners of Dorothy 6 Blast Furnace Cafe have big plans for their forthcoming Homestead restaurant and bar. 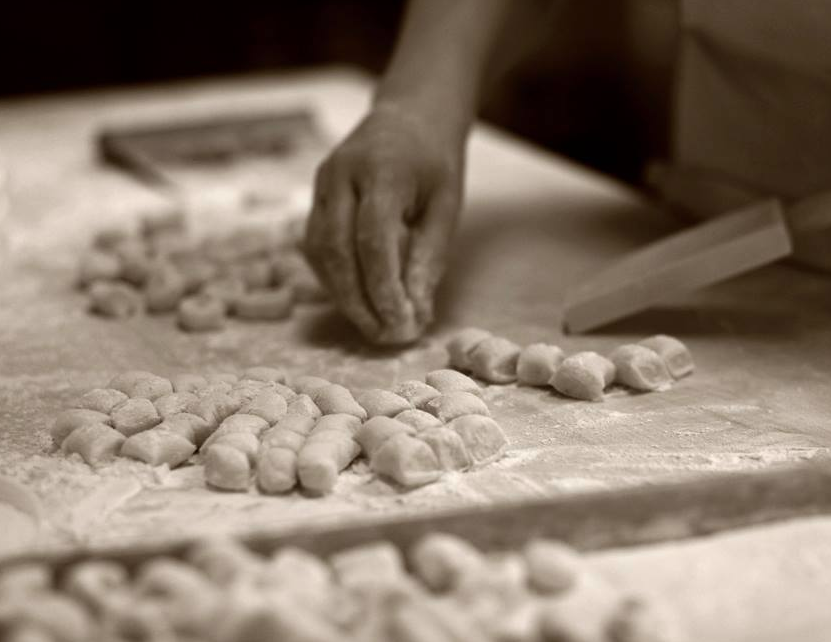 Cenacolo Restaurant
Esteemed noodle producer Fede Pasta expanded its business last month with the opening of Cenacolo. The company that’s been supplying area restaurants with gourmet pasta for eight years will seat 40 diners at its on-site eatery. Look for the signature pasta, handcrafted by a dedicated kitchen staff, as well as other Italian-inspired dishes during lunch and dinner.

Dorothy 6 Blast Furnace Café
Owners Olivia Crocker and Tom Kazar named their 120-year-old building for the furnace that previously kept Duquesne booming, and they want to preserve the area’s legacy via Dorothy 6’s carefully designed interior and menu. They say they hope to be an “awesome bar with great food,” with plans to offer 20 craft beers and a lineup of “blue-plate specials.” The food offerings will change daily but will include a half-dozen starters and entrées, such as tuna-noodle casserole reinterpreted with ahi tuna, homemade egg noodles, sugarsnap peas and shiitake mushrooms. Pooch owners can take Sparky out during “Yappy Hour,” weekdays on the patio.

Blue Line Grille
Pittsburgh Penguins fans now have another spot to visit before or after the game — or during it if they’re unable to score tickets. Positioned 90 feet from Consol Energy Center, Blue Line Grille is a sports bar offering “upscale contemporary food,” including lobster rolls and pork chops. Blue Line, with a roster of 24 craft beers, will soon be joined by its sister establishment, Uptown, on the building’s rooftop.

Sweet Peaches
Bek Winters is helping to start a foodie movement in Allentown. As owner of the catering company Sweet Peaches, she’s whipping up a wide range of dishes. At the end of September, she held an open house in her bright, diner-style establishment to show what sort of food comes out of the Sweet Peaches kitchen. Though her catering menu changes, you can expect to find such dishes as orzo, herbs and seed salad; chilled chocolate ganache with preserves; Cuban congri; and rolled flank steak.

Dijlah
This spot, named for a river in Asia, makes the usual lineup of Middle-Eastern fare — kebabs, hummus, grape leaves, baba ghanoush and various chicken entrées. Dijlah, which is situated in the space once occupied by Istanbul Grill, also is a coffee shop and hookah lounge.