Go to Gus’s Cafe for brews and crepes or the forthcoming Sweet Boutique from the owners of Bella Christie & Lil’ Z’s. 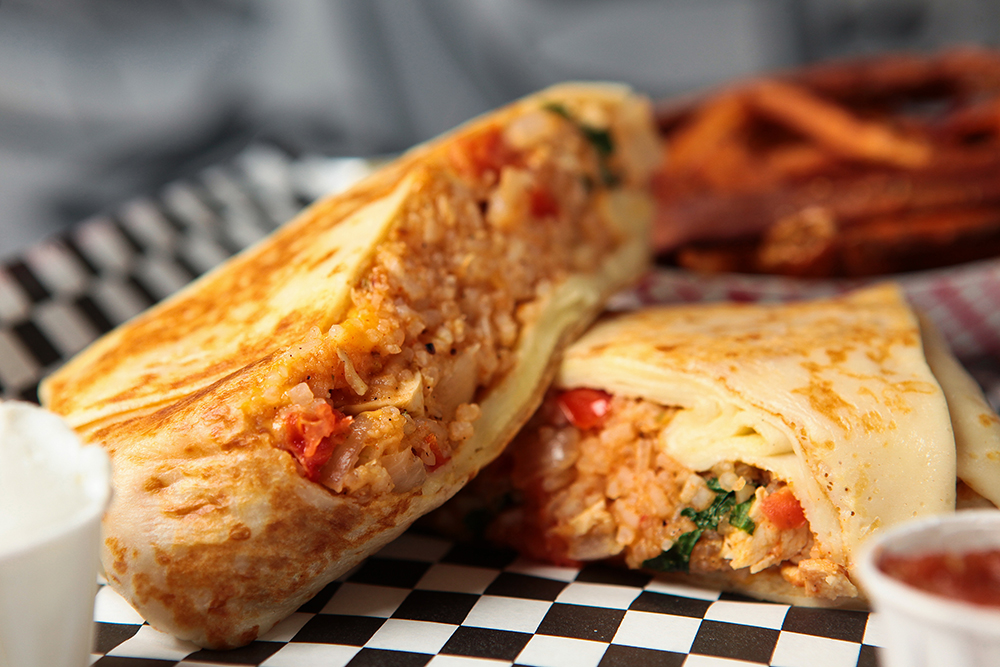 Gus’s Café
You’ll find street-inspired food, beer and more at Gus’s Café, which opened in December. Inside are an open kitchen, art-covered walls and a medley of black, red and blue painted aluminum chairs at wooden tables. The short list of offerings ranges from crepes to burritos to doughnut holes. During late-night “hoppy hour,” select beers, such as those from Fat Heads, are half-price.

A Sweet Boutique by Bella Christie & Lil’ Z’s
This offshoot of Bella Christie & Lil’ Z’s in Aspinwall plans to sell more specialized treats — including miniature doughnuts and trendier candies. Owners (and sisters) Kadee Lewis and Kristin Smith plan to have the space, with an “urban chic” look, ready for a February opening. There you’ll find top-sellers from Bella Christie & Lil’ Z’s, such as chocolate-covered pretzels and “bedazzled glitter bon bons,” plus “grab-and-go” savory items, such as onion-goat cheese crostatas. This location is roomier than its sister spot, so the team plans to use it as a venue for cake-decorating parties and lessons, among other activities.

Las Chulas by Brassero Grill
Locals first got a taste of Fernando Espejel’s fare at East Liberty’s AVA and Shadow lounges, where he cooked for a year. In 2011, he took his Brassero Grill concept on the road via a food trailer, which serves late-night crowds Fridays and Saturdays on Ellsworth Avenue. Espejel didn’t want to just be a mobile vendor, though. The chef, who loves experimenting in the kitchen, is working to get things in order for his takeout cafe; he intends to open by early spring. The menu will list Brassero Grill staples — quesadillas, burritos, tacos and other Mexican favorites.

Burgatory
2014 will be a good year for fans of this local chain known for homemade, handspun shakes and burger choices because it’s adding two locations — Homestead and Murrysville. The Burgatory crew hopes to wrap construction this month on its Waterfront establishment, which boasts a custom exterior made of repurposed barn wood, sculptural steel and hardboard panels. Shoppers taking a break at the burger spot can peruse the same menu and custom-burger form provided at other sites; in addition, certain daily burger specials will be specific to the Homestead location.