The Flick: A Play About Life in a Movie Theater

The play by Annie Baker, which won the 2014 Pulitzer Prize for Drama, will be performed in Pittsburgh in April. 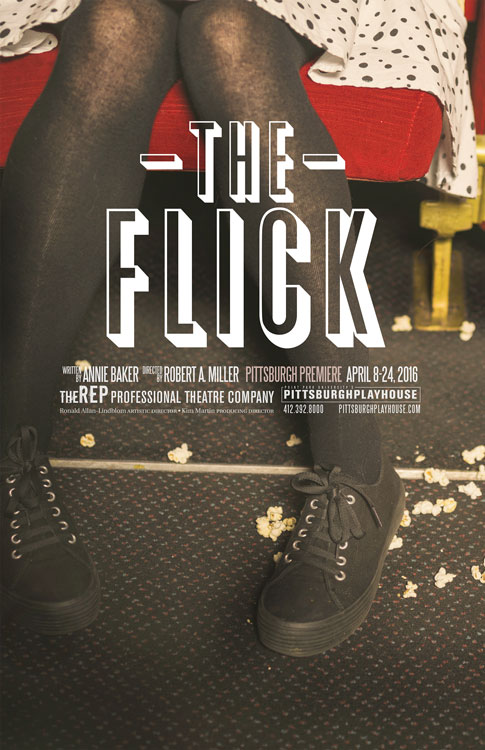 April 8-24/ The main set of The Flick is a small repertory movie theatre in central Massachusetts, so the audience spends the entirety of the play’s three-hour run time staring at rows of seats much like the ones they are occupying. That simple reality pervades the entire production. The play by Annie Baker, which won the 2014 Pulitzer Prize for Drama, unfolds slowly, with long silences and aimless conversations. Its humor and pathos match the scale of real life — no hijinks, no melodrama. These conventions have annoyed some theatregoers but electrified those who have been yearning for naturalism in an age of celebrity revivals and flashy musicals. The play finished an Off-Broadway run earlier this year and now is making its way through the rest of the country, including a performance at Pittsburgh Playhouse directed by Robert A. Miller. (Studio Theatre, 222 Craft Ave., Oakland; 412/392-8000, pittsburghplayhouse.com) 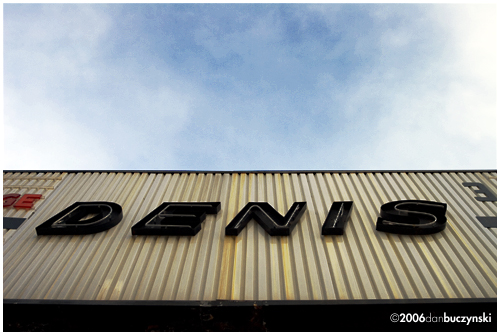 The Denis Theatre opened in 1938 on Washington Road in Mount Lebanon as a beautiful, one-screen movie palace. At the time, neighborhood cinemas dotted the landscape of most cities. By the time a very different Denis closed in 2004, however, it was among the last of its breed. Since 2007, the Denis Theatre Foundation (denistheatre.org) has labored to reopen the historic cinema as a nonprofit.

“The original purpose was to raise funds to acquire the theater and refurbish it,” says Alan Trivilino, chairman of the foundation’s board of directors.

“It is now a full-blown rebuild … which is exciting, but it also brings some challenges to it.”

The foundation’s vision is to reopen the Denis with “four spaces for the arts:” two theaters; a screening and education room; and a lounge area that doubles as a year-round art gallery. While a grand reopening date remains to be determined, if fundraising continues apace, construction could be under way as soon as this year; Trivilino says the design for the new space is “essentially complete.” Trivilino stresses that the new Denis will be a community hub, offering more than a simple trip to the multiplex.

“[It’s] an opportunity to go someplace that is intimate and have an experience that is not merely going in, getting popcorn, sitting down and watching a film and leaving … The Denis will bring that kind of experience to our patrons.”

In the meantime, the Denis continues to hold events in nearby spaces, including the “Reel to Real” series, which treats a film screening like a book-club discussion; at 6 p.m. on April 10, Robert Altman’s “McCabe & Mrs. Miller” will be shown at the nearby Hollywood Theater as part of the series. A discussion will follow, and food is included. The event is free, but donations are appreciated and reservations are required. Sign up at www.denistheatre.org/reel-to-real.