The First Pro Football Game? Of Course It was in Pittsburgh

The game was played less than a mile from where the Steelers play today. 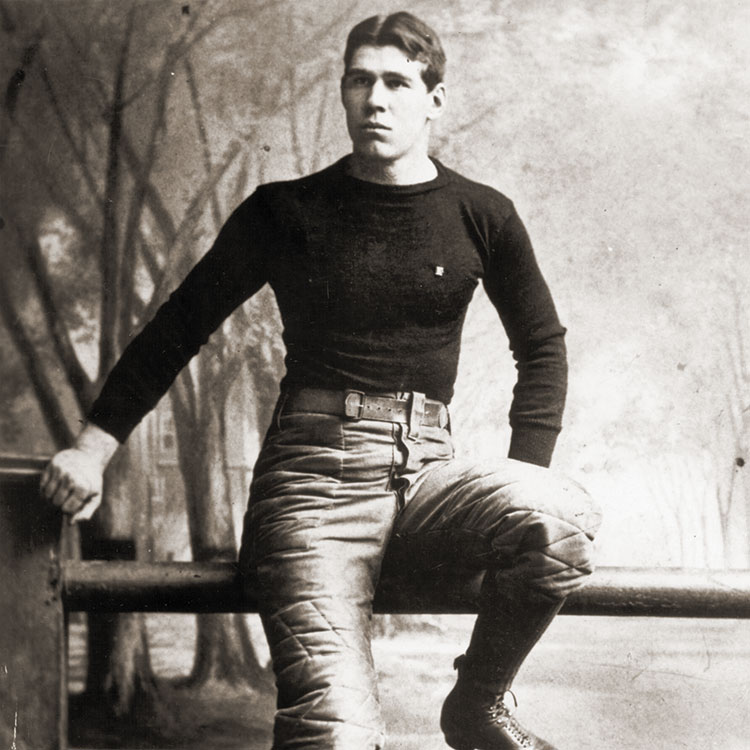 Here’s a bit of Pittsburgh’s football history that even diehards may not know: Less than a mile from the 50-yard line at Heinz Field, pro football was born.

During Pittsburgh Steelers home games, the roar of the crowd can be heard at the northern end of Galveston Avenue in the heart of what once was Allegheny City. This spot, in what is now called the North Side, took on significance 125 years ago when the Allegheny Athletic Association football team took on its cross-town rivals, the Pittsburgh Athletic Club. The assembled fans on Nov. 12, 1892, likely were unaware that they were witnessing history; the Allegheny team had hired a ringer for the day, making that contest the first-ever professional football game.

3,000
The approximate attendance of the game

A Railroad Office in Omaha
Heffelfinger, who was an All-American football player at Yale, took a leave of absence from his job in a Nebraska railroad office to play football, first for the Chicago Athletic Association (where — at least officially — he wasn’t paid) and then for Allegheny.

Allegheny 4, Pittsburgh 0
The Allegheny Athletic Association won the game 4-0; at the time, touchdowns were worth four points. The only score was a fumble both forced and recovered by Heffelfinger.

The East End Gymnasium Club
The original name of the Pittsburgh Athletic Club; it adopted a more professional name after a string of wins. The team was born in a high-end East Liberty gym.

Oct. 11, 1890
Two years prior to Heffelfinger’s appearance, the first official football game played in the Pittsburgh area pitted Allegheny against a squad from the Western University of Pennsylvania (later renamed the University of Pittsburgh).

This article appears in the November 2017 issue of Pittsburgh Magazine.
Categories: Sports