The Fascinating History of the David McCullough Bridge

More than 80 years after its demise was erroneously reported, the David McCullough Bridge still stands as an engineering and architectural highlight among the city’s many spans. 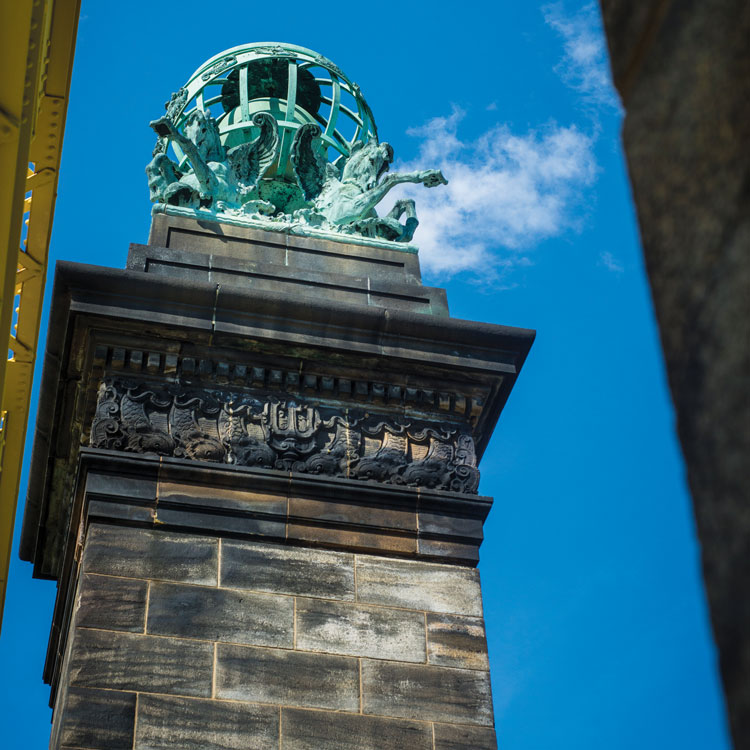 In Pittsburgh, St. Patrick’s Day still conjures distant memories of the devastating flood that occurred on the holiday in 1936. A portion of the panic that followed the massive surge of water centered on a bridge — which was more or less completely unaffected. An unidentified observer (perhaps malicious, perhaps confused) phoned the office of then-Police Superintendent Jacob Dorsey to report the Sixteenth Street Bridge (now the David McCullough Bridge) had been toppled by the flood, with structure and traffic alike plunged into the Allegheny River; Superintendent Dorsey took the caller at his or her word and announced the bridge was gone. When a phalanx of Associated Press reporters rushed to the scene, however, they found the bridge standing, with traffic moving over it. More than 80 years later, the David McCullough Bridge still stands as an engineering and architectural highlight among the city’s many spans.

1923
The year the modern Sixteenth Street Bridge was completed

Armillary Spheres
The name of the globes found at the top of the bridge’s four pillars. Sculptor Leo Lentelli created these spheres, each flanked by horses.

4
The current bridge is the fourth to be constructed at its location. The first, dubbed the Mechanic Street Bridge, was constructed in 1837; fire destroyed it in 1851, and flood waters toppled its replacement in 1865. The third incarnation remained until it was deemed to be too low for steamboat navigation.

Municipal Art Commission
The civic body, established in 1911, decreed that new bridges not only be functional but also beautiful. The David McCullough Bridge’s impressive design was created to meet that demand. However …

‘A Piece of Foolishness’
Writer Walter C. Kidney used that phrase to describe 1920s-era opinions on the design of the then-Sixteenth Street Bridge. While aesthetic opinions have begun to favor the ornate bridge, “[It] connects not very much to not very much,” Kidney wrote, “and seems to be patiently awaiting plazas, monuments and fountains to terminate its axis.”