At (and beyond) the southwestern border of Allegheny County, rolling hills cradle a group of easygoing communities. Search for the small surprises and picturesque streets that are drawing more and more residents to these suburbs. 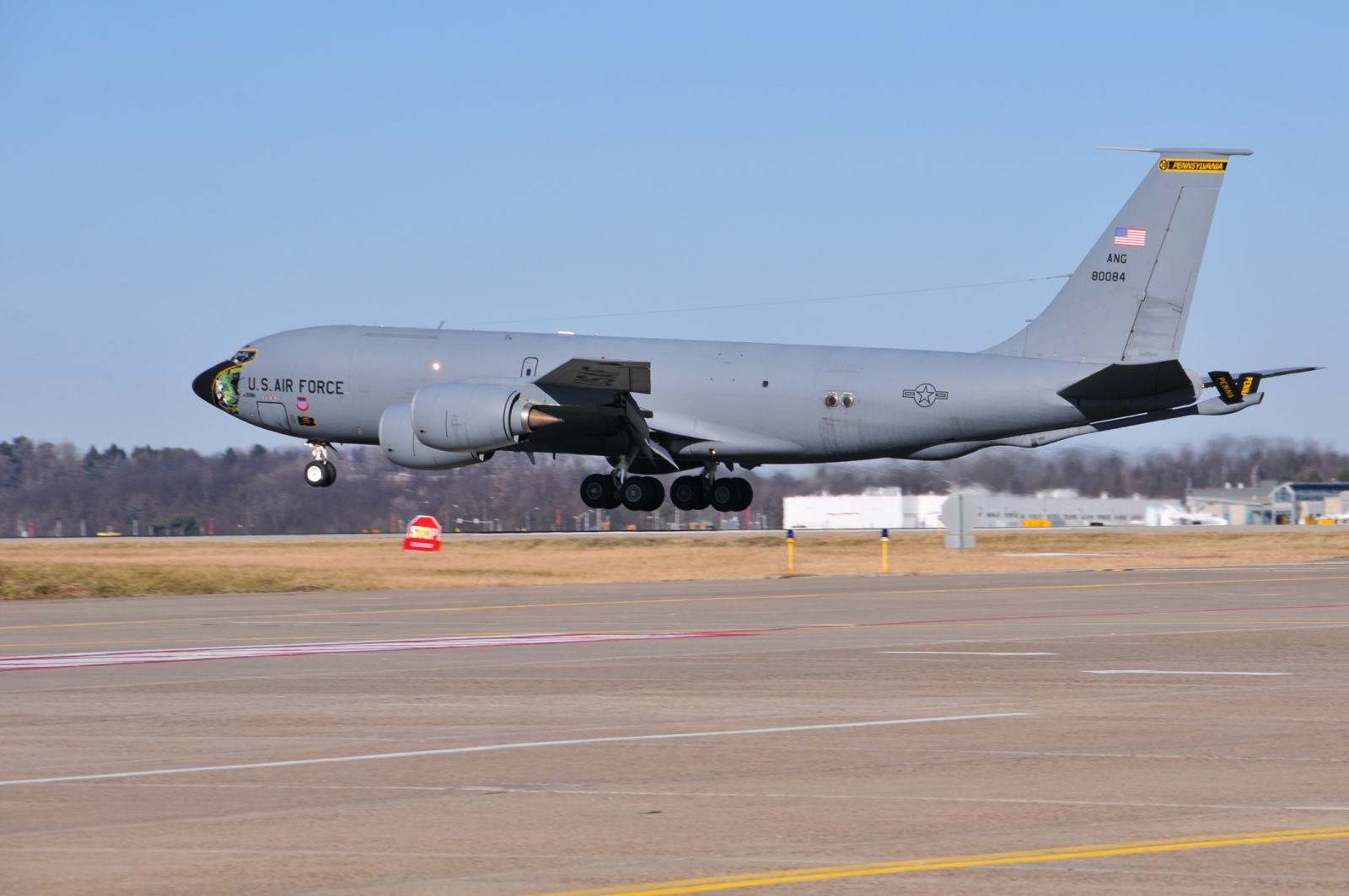 Findlay Township: You’ll find much more green space than road in this sizable township — at least until you get to the bustling outskirts of Pittsburgh International Airport.

North Fayette Township: North Fayette is on the rise, both commercially and residentially. There’s plenty of shopping and dining at The Pointe at North Fayette and plenty of recreation in Settlers Cabin Park [1225 Greer Road, alleghenycounty.us/parks/scfac.aspx].

Oakdale: “America’s Hometown” lives up to its name, thanks to a small, charming business district along Noblestown Road and out-of-the way streets.

McDonald: There’s a bit of Hollywood in this tiny town straddling the Allegheny and Washington county line. McDonald native Jay Livingston (née Jacob Levinson), along with co-writer Ray Evans, composed three Oscar-winning original songs, including “Que Sera, Sera (Whatever Will Be, Will Be).” The duo also composed the holiday classic “Silver Bells.”

Crescent Township: It may be the only pun-based municipality name in the area. In 1855, Crescent Township broke off from … Moon Township. (Technically, that would make Moon a Crescent and not the other way around, but let’s not think about it too hard.)

Moon Township: It may be smaller than the actual moon, but measured against most municipalities, it’s massive. Moon Township includes a large portion of Pittsburgh International Airport, the U.S. Air Force Reserve 911th Airlift Wing, Robert Morris University and much more.

Coraopolis: This riverfront town has a quirky business district along Route 51 (which splits into westbound Fourth Avenue and eastbound Fifth Avenue as it bisects the borough) and a grid of pleasant residential streets.

Robinson Township: Grab your credit card. Robinson is positively soaked with stores, restaurants and entertainment — part of the reason why it’s been attracting more and more residents for years. (The prime location nearly equidistant from downtown and the airport helps, too.)

Pennsbury Village: All hail shows of civic defiance: miffed by a dispute with Robinson Township over sewage-treatment rates, this condominium complex successfully seceded from Robinson on July 4, 1976. It seems to be working out well enough; as one of the county’s tiniest boroughs, it’s plenty proud of its independence today. 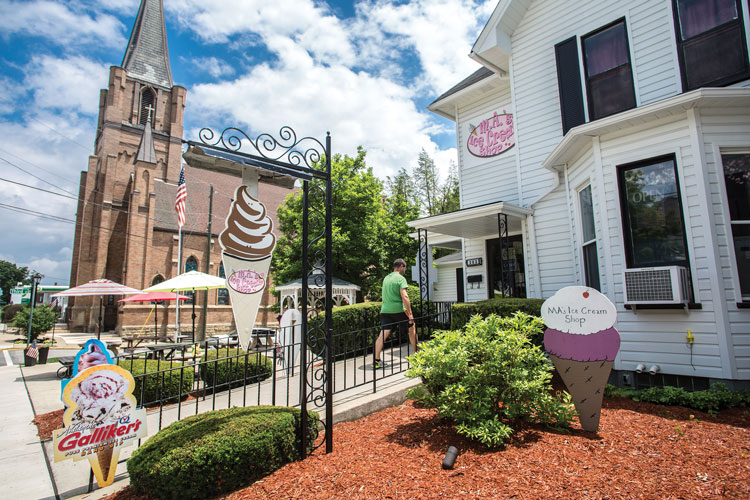 10 Things We Love in the Far-Flung 'Burbs

1 A summer night doesn’t get much more idyllic than one spent with a cold treat from M.A.’s Ice Cream Shop [303 W. Lincoln Ave.] in McDonald. Have a seat in the wooden gazebo for a dose of pure small-town Americana.

2 Take a break on a nice day with a bucket of balls at Scally’s Golf Center [265 Hookstown Grade Road, scallysgolfcenter.com] in Moon Township. You may not know how to golf, but who cares? Swing the club and see what happens. (OK, for the truly untrained, there’s a mini-golf course, too.)

3 You deserve an indulgent morning. Take a long time over breakfast at Our Diner [110 W. Allegheny Road] in North Fayette; the steak and eggs will make you skip lunch (and maybe dinner).

4 Drive past Oakdale Borough Community Park & Ballfield on Oakdale Road, and you’ll notice an odd feature: overlooking the Little League park’s center field are two rows of stadium bleachers. A plaque explains that they’re dedicated to the memory of Oakdale native William Dean Gamble, who died in 2011 at age 89; he played on the field as a boy before fighting in World War II.

5 Who says you need to be near downtown to find a good beer list? There are more than 75 imported or microbrew selections at Walker’s Bar & Grill [176 McGovern Blvd.] in Crescent Township.

6 It may be only a tenth of a square mile, but Pennsbury Village has its priorities straight: It has its own pub. Stop by Pennsbury Pub & Grille [1049 Pennsbury Blvd., pennsburypub.com] and order some gnocchi and a cold beer.

7 Need a slightly unusual new creature around your house? Head to Off the Hook Exotic Pets [926 Fifth Ave.] in Coraopolis for everything from snakes to scorpions. Just want a quick thrill? Head to the back of the store, where an array of rare snakes will eye you suspiciously.

8 Need to destroy some serious hunger in a hurry? Pull up a stool at the Oakdale Inn [5200 Noblestown Road] for a burger, a cold beer (in a frosted glass!) and the indulgent cheese balls appetizer.

9 After a visit to Total Hockey [190 Quinn Drive, totalhockey.com] in North Fayette, you can fall asleep and wake up with the Penguins: All you’ll need is a Pens Zamboni nightlight and a Goal Light alarm clock. The store sells everything you’ll need on the ice, too.

10 Outside the law office of Loretta B. Kendall in McDonald, you can find a lineup of “Wizard of Oz” character statues [364 E. Lincoln Ave.] created by Loretta’s late father, Herk. Tall representations of Dorothy, the Cowardly Lion, the Scarecrow, the Tin Man and the Wicked Witch are constructed mostly from disused parts from the family’s dairy farm; a ceramic Toto sits nearby. (We have no explanation for the Batman logos adorning a garage in the distance behind the statues.) 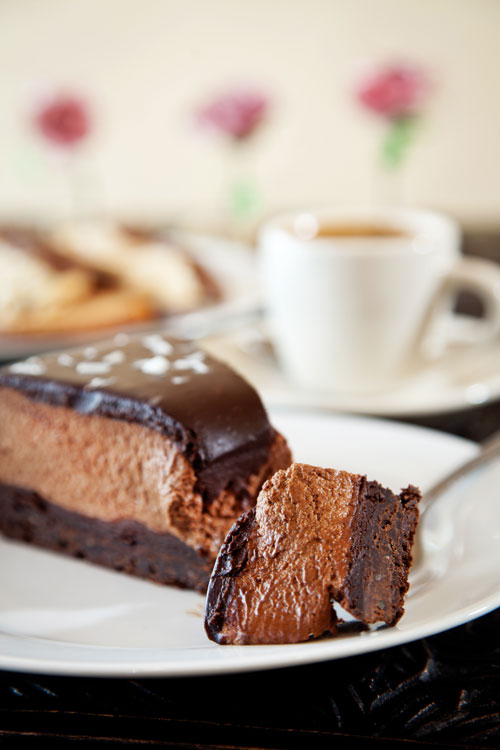 Café Chocolade [7061 Steubenville Pike, cafechocolade.net] is located in a small building in Oakdale. What sets this establishment apart from many bakeries is its large gluten-free selection; there’s everything from macarons to Guinness Extra Stout chocolate cupcakes. There are cakes, freshly baked bread and biscotti for gluten lovers, too, and everyone can enjoy the small selection of artfully presented chocolates. Daily lunch specials, which run the gamut from pillow shrimp ravioli with brandied chili cream sauce to croissant sandwiches with tender greens and cheese, can be enjoyed in one of the café’s two cozy dining rooms.
— Hal B. Klein 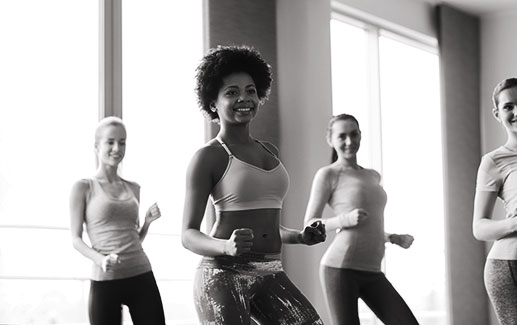 The Moon Township Parks & Recreation Department [moonparks.org/programs/adults.asp] offers a wide variety of fitness classes in its Robin Hill Center and in local schools. (Its recent karate class was held in Moon Area High School’s wrestling room.) Classes range from tennis to PiYo (a blend of Pilates and yoga) to Zumba to yoga/hiking, which matches a half-hour hike with a half-hour yoga session. Even better — classes are affordable. Moon residents typically are charged around $45 for a six-week session, and non-residents pay $50. — Jennie Dorris