The Famous People Who Visited WQED in its First 65 Years

The parade of prominent people started early and continues today. 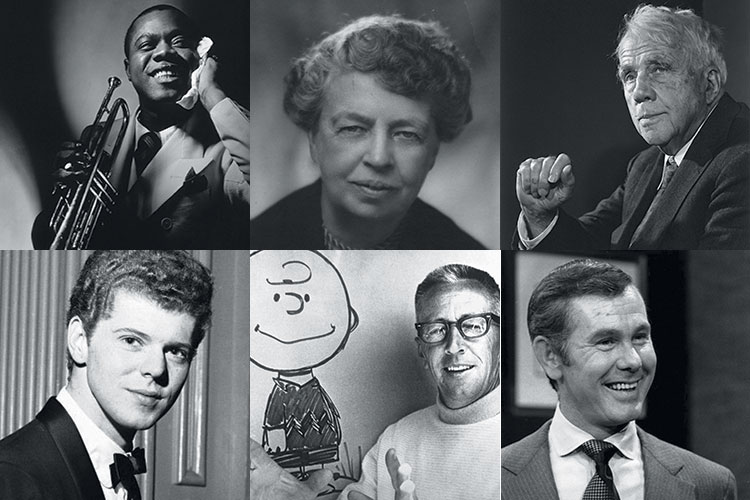 Every month, I tell tales of famous people who’ve come to our city. I’ve occasionally written about well-known visitors to WQED; the station celebrates its 65th anniversary this year, but there is no official list of famous folk who’ve walked our halls.

Of course, Fred Rogers made his many programs in the station’s two buildings — the original, on the corner of Fifth and Bellefield, and the current building, further up Fifth Avenue — and Michael Keaton worked on the floor crew. But WQED old-timers and coworkers say there were many renowned guests.

The parade of prominent people started early. In the mid-1950s, for a series called “Heritage,” visitors included jazz superstar Louis Armstrong, former First Lady Eleanor Roosevelt, poet Robert Frost and baseball icon Branch Rickey. On the beloved “Children’s Corner,” produced by Josie Carey and Fred Rogers, the guest list included: radio and TV pioneer Gertrude Berg, who starred in the early sitcom called “The Goldbergs”; pianist Van Cliburn; cartoonist Charles Schulz (who left some valuable samples of his work); and a promising young TV host named Johnny Carson, who was on tour promoting his “Who Do You Trust?” program.

Our one-time program director Sam Silberman was a studio director in those early years. He remembers a series called “Jazz Beat” that featured performances by Billy Eckstine and Mary Lou Williams. Many mighty musicians have performed in the WQED studios; composer, conductor and pianist Andre Previn hosted “Previn & The Pittsburgh” in the 1970s and ’80s, and he once brought Ella Fitzgerald to Oakland. Johnny Mathis worked on an early fundraising auction. Carol Channing stopped by to do pledge breaks around a special she made with Pearl Bailey. 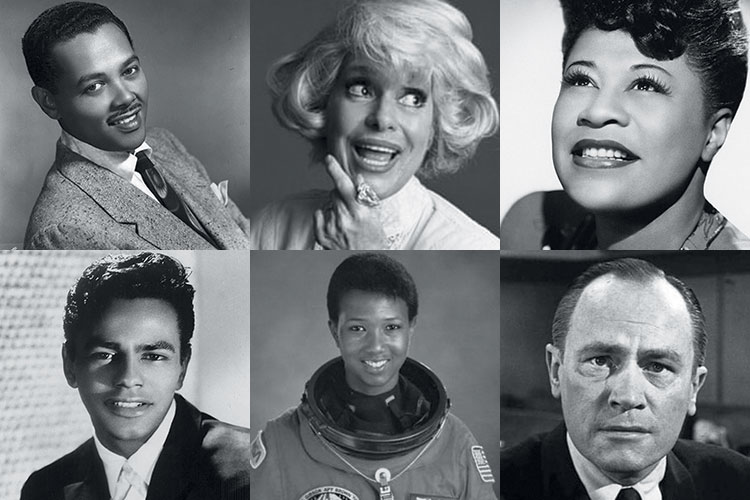 In the 1980s, Mary Rawson produced an arts program called “Lyceum.” She fondly remembers conducting a lengthy interview with Ruby Dee and Ossie Davis. She was also involved with a program about Vladimir Nabokov that brought Christopher Plummer to town to play the author.

Our studios have been rented by filmmakers on occasion. In 1991, Tim Robbins shot several key scenes for the excellent movie “Bob Roberts” in our building. In 1993, Marisa Tomei and Robert Downey Jr. walked these halls, filming scenes for “Only You.”

Director of Engineering Paul Byers remembers that character actor E.G. Marshall, at the studio to film intros for WQED-produced National Geographic Specials, especially liked the canned chili from the vending machines on our ground floor. Unexpected memories like that may be best. WQED editor and producer Frank Caloiero surprised me when he said he loved meeting the Godfather of Fitness, Jack LaLanne, who once appeared on “AgeWise” with local legend Eleanor Schano.

Most recently, of course, Tom Hanks was in the building, portraying Fred Rogers for the upcoming movie “A Beautiful Day In The Neighborhood.” When interesting folks stop by, 65 years can fly.

This article appears in the May 2019 issue of Pittsburgh Magazine.
Categories: Rick Sebak