With plenty of things to do (and even more interesting things to look at), Pittsburgh’s eastern neighborhoods serve as a reminder of the region’s character and history. 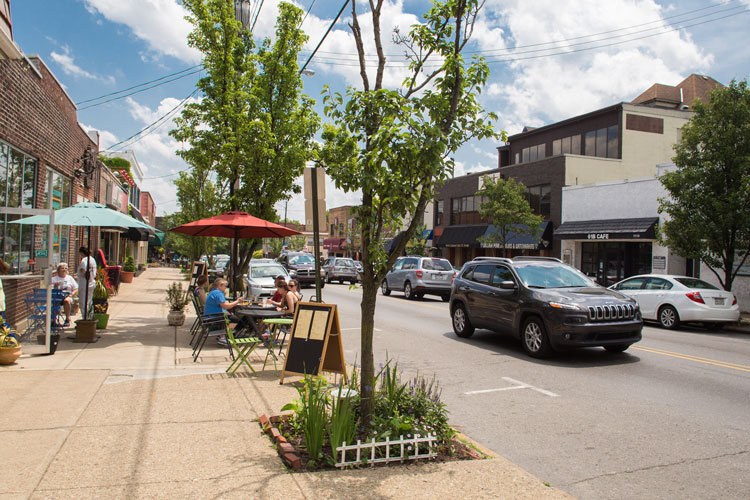 Swisshelm Park: Although it also borders Swissvale and the Monongahela River, Swisshelm Park largely is surrounded by Frick Park. The neighborhood is part of the city, but it has a suburban feel.

Regent Square: Located adjacent to Frick Park, this happening community is anything but “square.” Besides plenty to do in the 644-acre park, Regent Square boasts a bevy of locally owned businesses, including pet mecca Animal Nature [7610 Forbes Ave., animalnature.net] and Istanbul Sofra, a Middle Eastern-style bistro [7600 Forbes Ave., istanbulsofra.com].

Wilkinsburg: Once known as “the holy city” due to its high concentration of churches, history-rich Wilkinsburg — which has faced economic struggles — now is establishing itself as an eco-friendly community. After 145 dry years, Wilkinsburg residents voted to allow alcohol sales in May 2015.

Edgewood: The borough’s tree-lined streets, which include the Edgewood Town Centre shopping plaza, are home to several landmarks — including the Edgewood Club [1 Pennwood Ave., edgewoodclub.com], a community centerpiece established in 1904 that includes a pool, tennis courts and the C.C. Mellor Memorial Library.

Swissvale: Named for early homesteaders the Swisshelm family, which included abolitionist and feminist Jane Grey Swisshelm, this working-class neighborhood is located minutes from downtown Pittsburgh (without traffic) and has easy access to public transportation, grocery stores, restaurants and more. Comedian Billy Gardell is a proud native of Swissvale.

Rankin: The small borough of less than 1 square mile, which specialized in manufacturing steel and wire goods in the early-20th century, contains a very important thoroughfare. The Rankin Bridge leads to Kennywood.

Forest Hills: Thanks to this borough’s commitment to green spaces — including several parks — The National Arbor Day Foundation has designated Forest Hills as a “Tree City, USA” community for more than 20 years.

Churchill: You can’t hop on Interstate 376, which runs through Churchill, without noticing the headstones surrounding Beulah Presbyterian Church’s centuries-old brick chapel [2500 McCrady Road, beulahpresby.org]. The cemetery in the mostly residential community contains graves of soldiers who fought in the Revolutionary War, Civil War, World War I and World War II.

Chalfant: Just one-sixth of a square mile in size, Chalfant features public stone steps which wind up a steep hill between Parkway Avenue and North Avenue. They were built through President Franklin D. Roosevelt’s Works Progress Administration in 1936.

Turtle Creek: Named for the small stream that empties into the Monongahela River, Turtle Creek is the hometown of 1960s harmony-pop sensations The Vogues. 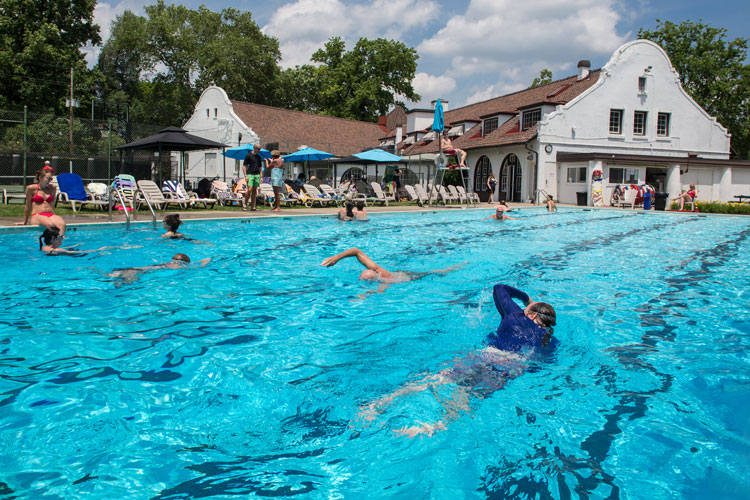 10 Things We Love in the Eastern Border

1 The charming Vanilla Pastry Studio [1130 S. Braddock Ave., vanillapastry.com] in Regent Square offers a variety of sweet treats, but the cupcakes are among the bestsellers. We suggest the Red Velvet or Mango-Passion Fruit flavors.

2 The pool at the Edgewood Club [1 Pennwood Ave., edgewoodclub.com] is the place to be when warm weather hits the ’Burgh. The 25-meter heated pool has a diving board, wading pool and play area, plus a snack bar, locker rooms and tennis courts. Head to the website and request membership information if you’d like to get in the water.

4 After you’re through with your sound healing, grab a Szegedi Kávé from nearby Biddle’s Escape [401 Biddle Ave., biddlesescape.com] in Wilkinsburg. One of the coffeehouse’s signature drinks, the Hungarian-style espresso is made from steamed half-and-half, vanilla sugar, cinnamon and whipped cream.

5 There’s no confusion as to when you’ve entered Forest Hills. The gates that arch over main drag Ardmore Boulevard announce to motorists that they’re now in a Tree City, USA.

6 In addition to your normal spookhouse trips this Halloween, give yourself the creeps by visiting Trundle Manor [7724 Juniata St., trundlemanor.com], Swissvale’s own house of oddities. Run by Mr. Arm and Velda von Minx (not their real names), the manor is filled with unusual taxidermy, medical equipment and other curiosities.

7 Try the grown-up version of a hot dog. Located on the border of Swissvale and Regent Square, D’s Six Pax & Dogz [1118 S. Braddock Ave., ds6pax.com], which also has a stellar “beer cave,” grills up a mean frank. If you like your dogs salty as well as sweet, order the Angry Tiki. It’s topped with pineapple, bacon and hoisin sauce.

8 Dance your heart out during Zumba class at the Blackridge Civic Association clubhouse [1200 Beulah Road, blackridge-bca.org]. The club also holds an open playgroup for kids.

10 Spanning more than 600 acres, Frick Park is wooded and wonderful. But its Blue Slide Park [Beechwood Boulevard and Nicholson Street] playground is something to make music about — literally. Pittsburgh native Mac Miller named his debut rap album after the playground, which features a blue slide going down a steep hill. 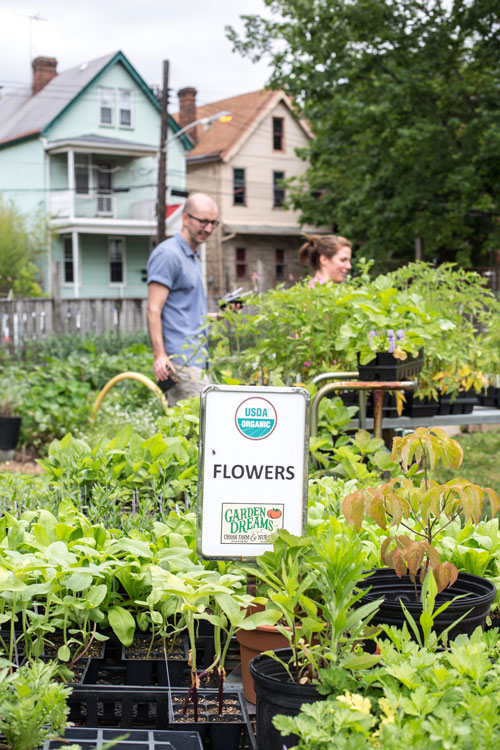 Garden Dreams Urban Farm and Nursery [806 Holland Ave., mygardendreams.com] is an oasis of green in the middle of Wilkinsburg. Mindy Schwartz and her two staffers raise a dazzling variety of seedlings on two reclaimed city lots. You can find their products at the farm and at the East End Food Co-op and the East End Whole Foods Market. Garden Dreams also makes seedlings available for fundraisers. Tucked into a residential corner of Regent Square, Biddle’s Escape [401 Biddle Ave., biddlesescape.com] provides a tranquil getaway for neighborhood residents. The large, tree-shaded patio is a perfect place to enjoy a book and an iced tea; a robust literary series pairs well with coffee any time of the year. — Hal B. Klein 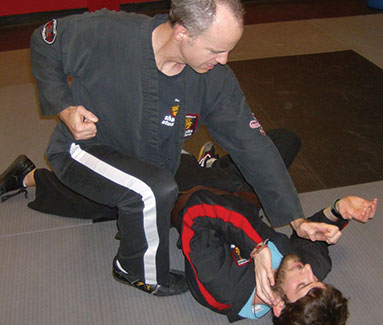 Learn karate, Jiu Jitsu and kung fu at Shaolin Studios [1115 S. Braddock Ave., sdsspgh.com] in Regent Square. Shaolin Martial Arts was born in China, and it balances a peaceful discipline with a strong knowledge of defense. Steve DeMasco is the ambassador to the United States for China’s Shaolin Temple and also holds a 10th-degree black belt in Shaolin kung fu; the local instructors are Steve and Lisa Nakamura, who both studied with DeMasco. While there is a diverse offering of classes for kids, there also are evening martial-arts classes for adults, as well as Zumba classes five times a week. — Jennie Dorris