The Eaglets Have Landed

The bald eagles nesting in Hays once again have given birth to a new generation. We take you into the nest to see how quickly the two chicks are growing. 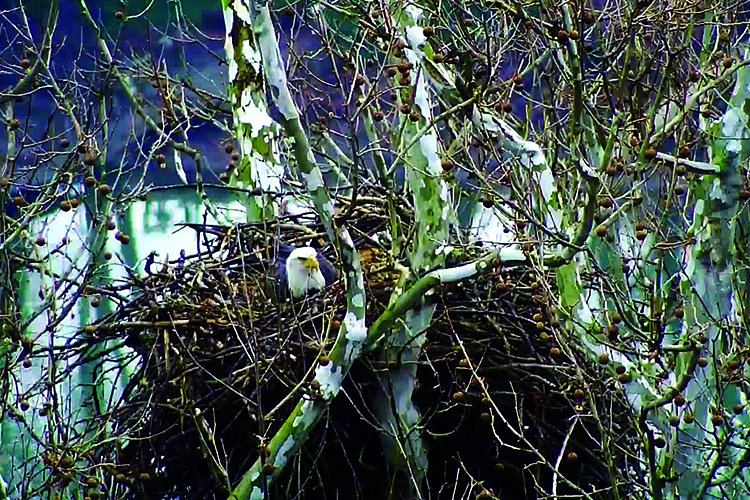 The bald eagles in Hays have expanded their family once again.

The mother and father eagle, which began nesting in Hays in 2013, laid three eggs this year. One egg never hatched and was deemed to be not viable, but two others were successful. As of press time, the eaglets were thriving.

“They’re growing very quickly,” says Jim Bonner, executive director of the Audubon Society of Western Pennsylvania. “There are risks everywhere along their development — everything from [problems with] food to unusual weather to predators to accidents can all happen. But at this point they are looking really good and really strong.” 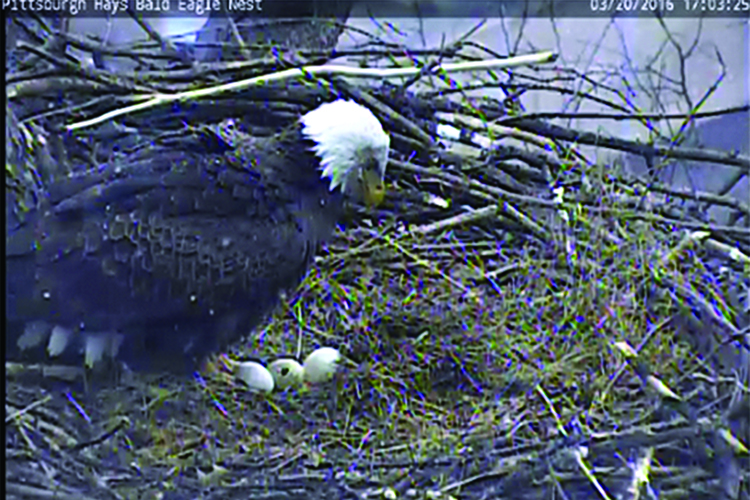 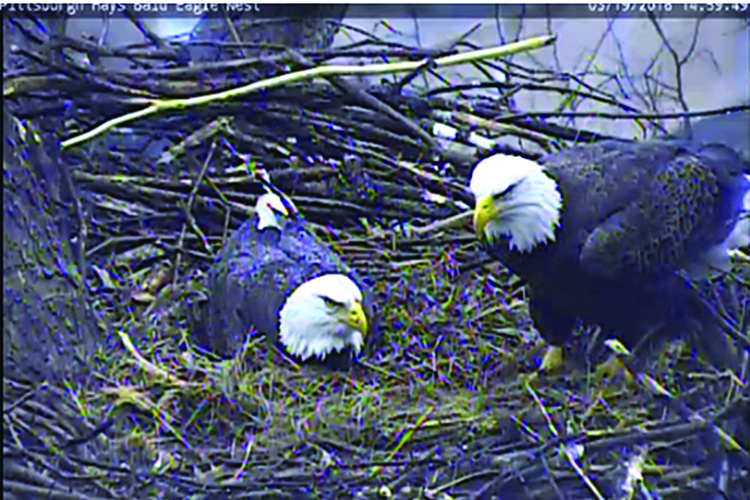 Bonner says he had hoped the babies would hatch on March 24, the date of the Audubon Society’s 100th birthday, but they were born a bit earlier on March 21 and 22.
Another pair of bald eagles is nesting in Harmar, where the mother has laid at least one egg. (A video camera documenting the eagles is set up farther away from this nest than at the nest in Hays, so it’s tough to tell.) That baby was expected to hatch in mid-April. 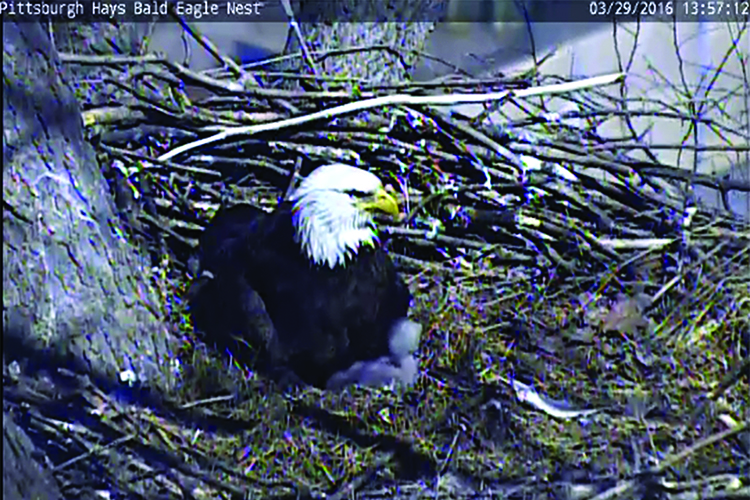 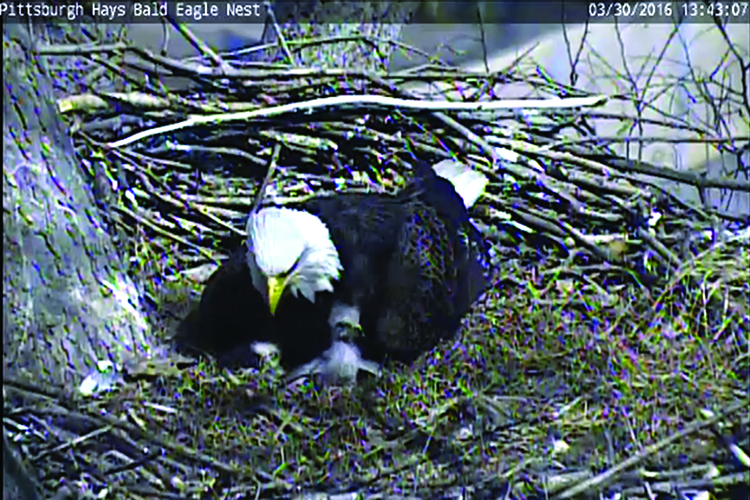 The Audubon Society and PixController of Murrysville set up one webcam at each nest. Live footage can be viewed continuously at pixcontroller.com/eagles and eagles.aswp.org.

“Certainly people are as excited as in years past,” Bonner says. The Audubon Society says more than 6 million viewers have watched the Hays nest during the last three years.

“We think as long as the tree’s there, they’re going to be there for some time,” Bonner says. 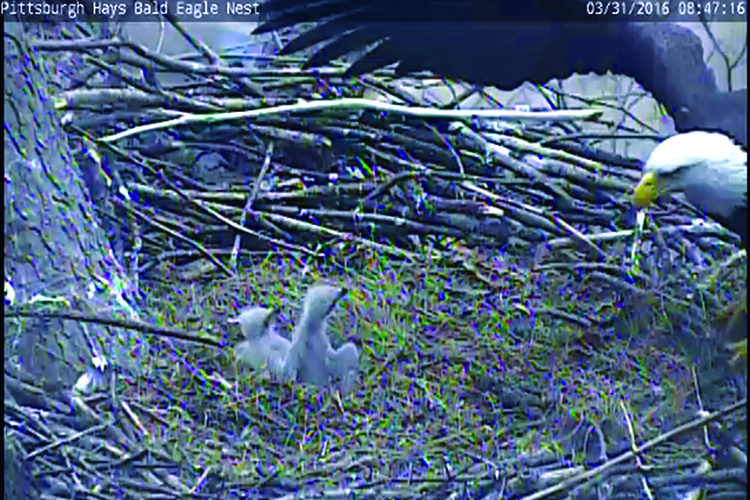 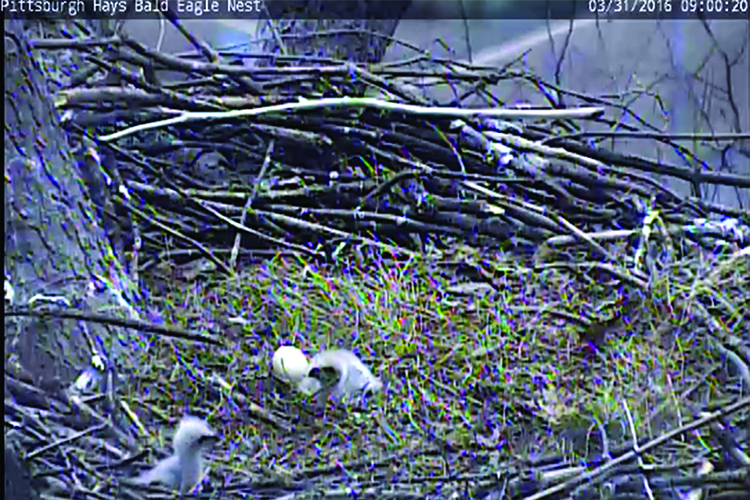 This article appears in the May 2016 issue of Pittsburgh Magazine.
Categories: Community Feature, From the Magazine, Hot Reads