The Definitive Ranking of Pirates Promotions

We rank the best (and worst) non-baseball reasons to head to PNC Park. 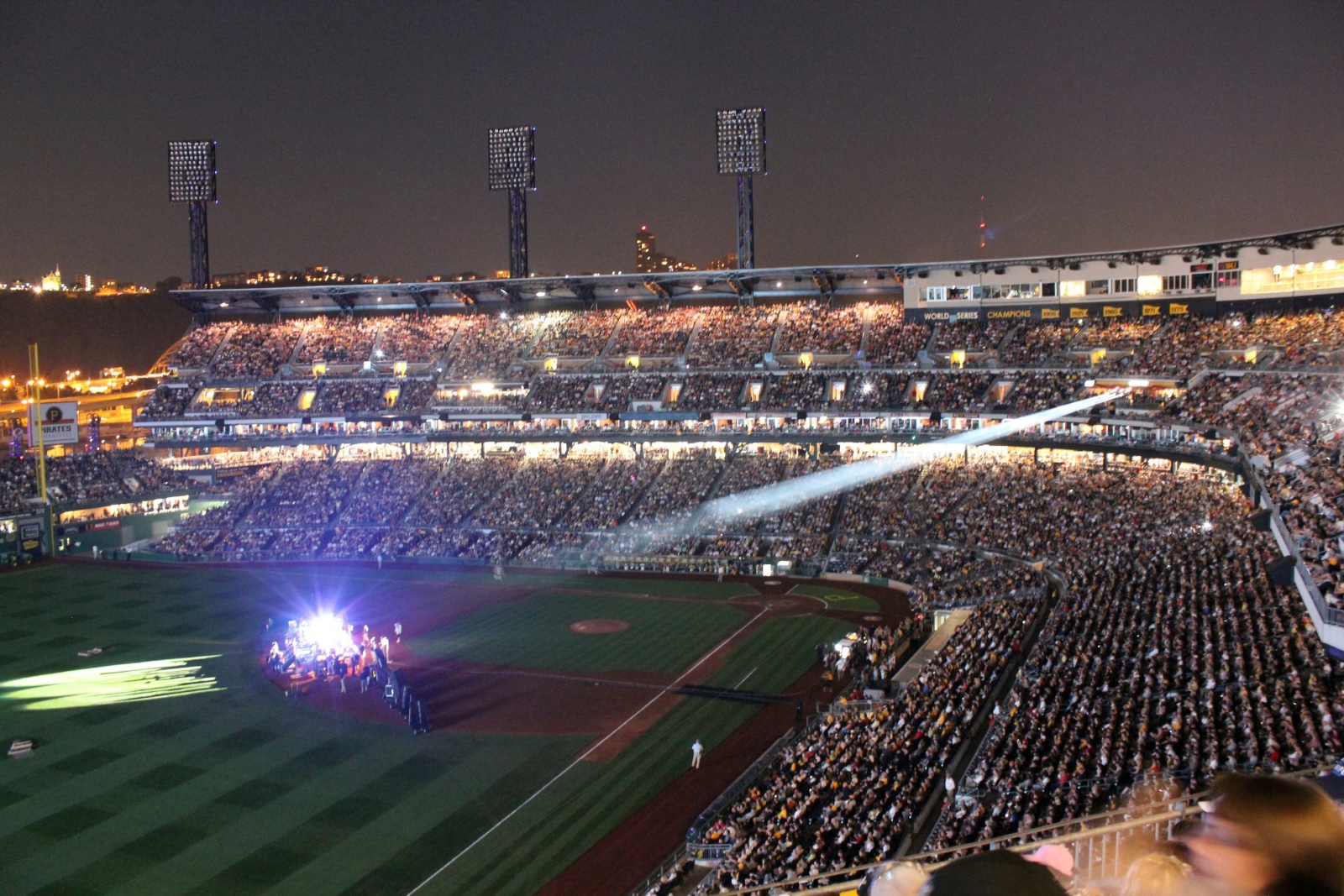 There was a time not too long ago when the Pittsburgh Pirates were consistently among the league leaders in promotional offerings.

Yes, it was the same time that the Pirates were among the league leaders in nothing else.

Yet I fear that as the baseball has improved, the extra-curricular reasons to come to the ballpark are beginning to lag behind. While the Pirates’ promotional schedule is still packed, the team seems to be resisting the new trend sweeping baseball: Slightly hilarious theme nights.

Many teams are adding these nostalgia-soaked parties to the schedule. Even the Boston Red Sox, who were one of the last clubs to offer no promotional giveaways whatsoever (because why bother when the park is sold out every day), will host Grateful Dead Night, Star Wars Night and Country Night this season. The Miami Marlins had a Pro Wrestling Night last year.

Is this entire post an elaborate attempt for me to plant the idea of Pro Wrestling Night in the mind of Pirates’ brass? Maybe. Who’s to say? Let’s move on.

The lack of semi-ironic theme nights notwithstanding, the Pirates continue to create plenty of incentives for fans to attend a game. (Besides, you know, the game.) On the eve of this Sunday’s opening day tilt with the St. Louis Cardinals, I’d like to present the definitive ranking of Pirates promotions.

From worst to first:

#8 — Non-Bobblehead, Non-Shirt Giveaway Items
Admittedly, there are those who would make good use of, say, a Pirates Jersey Tote Bag (June 25) or a Bucco Travel Tumbler (Sept. 3). And a magnetic schedule (Sunday) is always appreciated. But for the most part, these are the items most likely to get covered in spilled Mountain Dew and/or crushed peanut shells before lying forgotten in your trunk until you sell your car. When the friendly usher offers you a random item such as a Pirates Fedora (June 4) on your way through the gate, consider using the phrase, “Nah, I’m good.”

#7 — Post-Game Concerts
Having watched après-ball performances from the likes of Foreigner and Smash Mouth, I can confidently say that by the time a baseball game ends, I’m ready to go home. There was something more to these events during the Skyblast era, when a performance would take place concurrently with a fireworks display — picture Styx playing “Come Sail Away” while the Downtown skyline is covered in Zambelli majesty — but the folks at PNC Park have put those eggs in separate baskets, so post-game concerts are now just concerts that take place when the crowd is tired and probably sunburnt. There’s only one on the schedule so far for 2016, a gig by country songwriter Hunter Hayes on Sept. 24.

#6 — Free Shirt Friday
I know that the weekend tradition of leaving PNC Park with a new tee has become popular, but I’d like to ask a question: Do you actually need more T-shirts? I have like 100 t-shirts. Many of them already have a Pirates logo on them, and none of them bear the logo of the evening’s corporate sponsor on the back. If you really dig Free Shirt Friday — which occurs at every Friday home game — hey, good for you. I’m just not sure we’re exactly advancing fashion, here.

#5 — Kids Giveaway Items
On the one hand, anything that gets the youth of Pittsburgh into the ballpark is fine with me. If an otherwise-indifferent tyke is brought to the North Shore by the promise of a Josh Harrison Gnome (April 17), a kid-sized replica alternate McCutchen jersey (June 26) or a flat-bill cap (Sept. 4), that’s great. And if a young person puts their free player decals (Francisco Cervelli on June 10, Josh Harrison on July 24 and Starling Marte on August 7) on a bedroom wall and dreams of big-league glory, I’m thrilled. On the other hand, there are at least two items being given away that children can pummel one another with (a plastic McCutchen bat on May 1 and a W.B. Mason collectible truck on Aug. 21). And parents should prepare the repeated use of the following dialogue: “Where is your portable speaker (May 22)? Did you lose your portable speaker? No, you have to carry it if you want to keep it.” So I’m calling these a mixed bag.

#4 — Scratch’n Win Saturday
This barely counts as a promotion — I don’t think anyone’s coming to the park just because it’s Eat’n Park Scratch’n Win Saturday — but there’s little to complain about. The scratch-off ticket you’ll receive at the gate before every Saturday home game will probably score you some free food from Eat’n Park (stop on the way home and get take-out!), and you might win a fancy autographed whatsit. It combines the thrill of gambling with the reward of free food. I’m on board.

#3 — Zambelli Fireworks Nights
Despite my earlier comments about being ready to go home at the end of a baseball game, I’m a Pittsburgher. Thus, I am legally required to consider fireworks displays awesome. And it’s a promotion that the whole town can (or rather, is forced to) experience! In short, baseball + fireworks = summer. Hang out with the Zambellis on April 16, April 30, May 19, June 11, July 21, Aug. 20 and Sept. 8.

#2 — Bobblehead Nights
Bobblehead dolls have become the singular toy that’s appropriate in formal settings. If you walked into your senator’s office and she had a Gerrit Cole bobblehead (June 23) on a bookshelf, would you be disappointed? No. If you showed up for a court date and the judge had a Jung Ho Kang bobblehead (Aug. 11) with him on the bench, would you object? No. Wherever you work, you can have a Francisco Liriano bobblehead (Sept. 10) on your desk. And that’s awesome. (Note: Bobblehead Nights lost the No. 1 spot due to the presence of a confusing Pirate-Parrot-Raising-the-Jolly-Roger bobblehead on the schedule for May 21; that spot needed to be a Cervelli bobblehead that sang “That’s Amore” when it bobbled.)