The Millvale brewery uses old-world techniques (and attitudes) to create a product you won't find anywhere else. 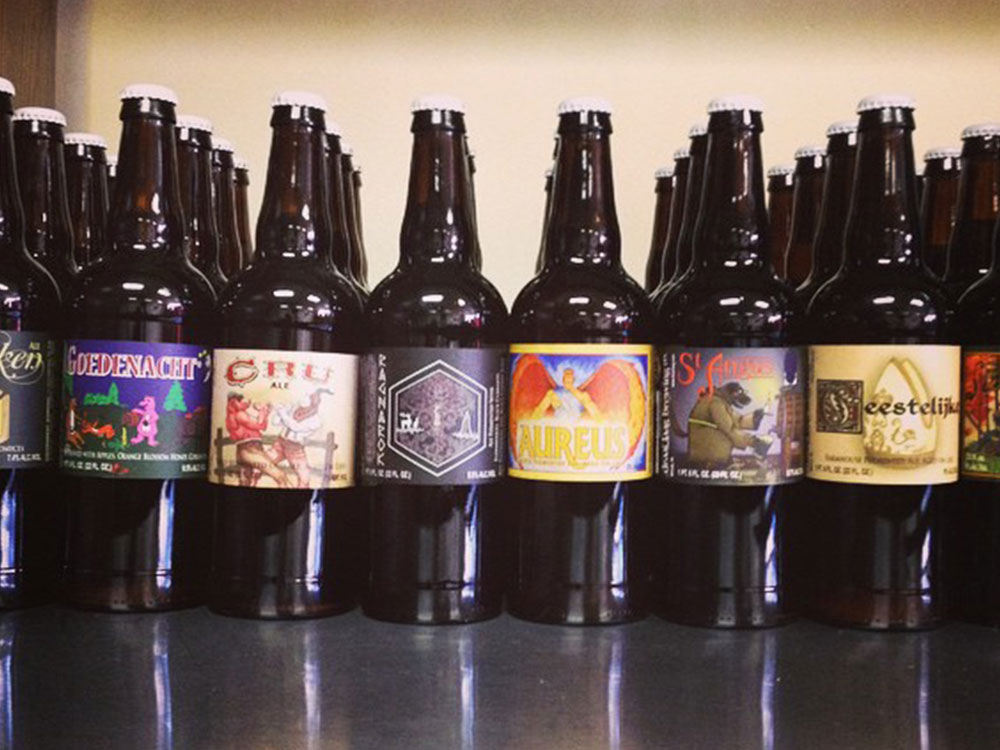 I am by no means an expert, or even a vaguely educated novice, in the world of brewing. I’ve tried to learn how things make the magical transformation from not-beer to beer in the past, but it won’t quite stick in my mind; I think my brain categorizes it “technical stuff” and immediately shuts down when the process is explained to me.

Nevertheless, I’ve visited enough breweries and chatted with enough beer enthusiasts to have a basic understanding of the process as well as a healthy brew-snob vocabulary. So when I walk into a brewery and immediately find myself discussing a concept I’ve never heard of before, I’m impressed.

Like Tuesday. Because Tuesday I went to Draai Laag Brewing Company in Millvale. And within about four minutes of sitting down with company Founder Dennis Hock — before I could even sip my sample of the excellent, tart brew Geestelijke — I was chatting about spontaneous fermentation.

And then I realized I had no idea what spontaneous fermentation was. So I had to ask Hock to back up a bit.

I won’t go into too much detail here, in large part because I’m still not sure I understand it. But in incredibly rudimentary terms, beer is fermented when yeast is introduced to the proceedings. In traditionally brewed Belgian beers, though, fermentation is achieved by exposure to environments containing naturally occurring yeasts and bacteria that get around to fermenting when they damn well feel like it.

Obviously, this is considerably harder than adding one thing to another thing and waiting for beer to happen. But the result is a completely distinct range of beers, dry and slightly sour and loaded with rich flavors not found at every microbrewery under the sun.

You could line up a variety of entirely worthy beers from local breweries, and I probably couldn’t identify the source by a blind taste-test. But if you handed me a Draai Laag beer, I could place it instantly. These are memorable, complex creations — and they are very, very different from what you’re drinking on a daily basis. (It should be noted that they are also quite high in alcohol, ranging from 7.4-13.2 percent when I visited, but don’t taste of the extra booze.) It’ll take some time to get used to them if you’re not already well-versed in the ways of Belgian beers, but the investment is worth it.

I’m told the Draai Laag name translates, roughly, to “turncoat.” That’s half a nod to Millvale patriot Simon Girty (an ancestor to Millvale native Hock, by the way), who has a beer named after him, but also a reference to Draai Laag’s against-the-grain mentality. This extends beyond the unconventional methodology in a number of key ways; most stunningly, in that Draai Laag may be the only local brew house not to sell growlers, citing the drop in quality engendered by taking a draft product and waiting a long time to drink it.

They also are in relatively few local bars. Which means that the best way to get Draai Laag’s lineup is in person at their Saints & Turncoats Public House, which shares a building with the brewery itself. The hours at the brewery are relatively limited (5-10:30 p.m. Thursdays and Fridays, and 3-10:30 p.m. Saturdays), but they’re worth marking on your calendar; it’s a pleasant, relaxing hole-in-the-wall pub, reminiscent of European gathering places. And while Draai Laag doesn’t sell food at the bar, there are a number of great takeout joints within walking distance; you are encouraged to come in with dinner in hand, as Belgian beers are also known for bringing out flavors in food. (Occasional special events will have a food element, as well.)

We’ve seen plenty of testaments to the Pittsburgh brewing scene’s size, as we've repeatedly noted in the past. But Draai Laag represents the best evidence of the diversity of the scene here; Hock notes that only about a half-dozen American breweries make beer they way they do. If a brewery like this can succeed — and make an excellent product — in Pittsburgh, than there is no limits to the variety and quality of beer that we’ll see here in the future.