'The Coolest Museum in the World'

Eric Shiner, The Andy Warhol Museum’s new director, talks about the future of the cultural institution. 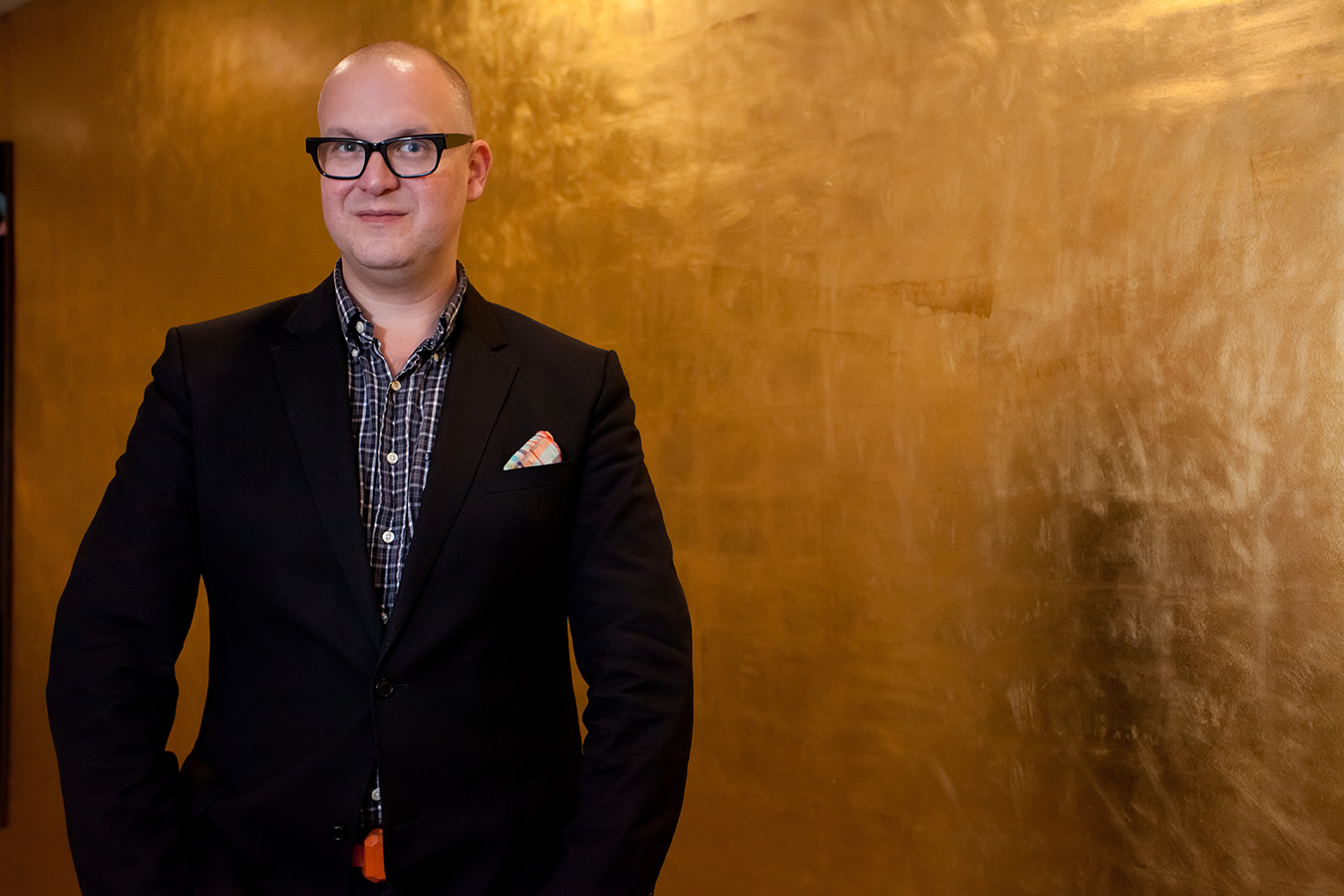 The torch has been passed to a new director and a new generation at The Andy Warhol Museum, the ultimate shrine to the pop-art legend and native son. Gen Xer Eric Shiner is the first director of The Warhol who, like Andy, hails from western Pennsylvania. Shiner grew up in nearby New Castle, notable as the Fireworks Capital of the World, site of Warner Bros.’ first movie theater and location of a torch-bearing public sculptural icon: the Statue of Liberty. (There’s another one just like it in New York, a supersized version that inspired one of Warhol’s silkscreens.)

Shiner, 40 (as of New Year’s Eve), grew up next to his family’s chocolate factory (where he worked in various capacities), and ever since he was a boy, has collected antiques and unusual objects, a passion shared with Warhol. He immersed himself in books and magazines, and was often “thinking of far-off places” — including Japan. That country was the theme during Shiner’s stint in the Pennsylvania Governor’s School for International Studies, to which he was selected in high school. In 1994, Shiner, a member of our 2011 40 Under 40 class, earned degrees in the history of art and architecture, and Japanese language and literature from the University of Pittsburgh’s Honors College.

Warhol also traveled to Japan. “During his trip to Japan, [Andy] was inspired by the temples, the geishas and the gold leaf,” says Shiner — noting that Warhol would incorporate that last element into his art.

In 2008, he was hired as The Warhol’s curator, and three years later, he was named director. Shiner is the first person to have started as an intern and then risen to the top, where he’s now ensconced in a commodious office (a mini-museum that displays treasures like a red fan created by Yasumasa Morimura, a Japanese appropriation artist who employs pop imagery).

As director, Shiner has responsibilities that not only include overseeing the museum’s day-to-day operations or completing a strategic plan (which consumed the better part of a year), but also serving as the public face of The Warhol. That requires acting as host to distinguished visitors, including first lady Michelle Obama, and globe-trotting as the ambassador for The Warhol and its wonders.

Recently, Shiner was named curator of “Armory Focus: USA,” a centennial celebration of New York’s 1913 Armory Show, which helped introduce America to modernism. That show can be acknowledged as among the influences shaping a future Andy Warhol.

You’re sporting dark colors — except for that cool orange belt. What’s the story?
It’s from Nooka, a design business in New York whose founder is a friend of mine. The “ka” in the word means “hybridization” in Japanese.

What’s it like being famous now?
I don’t view myself as a celebrity. I’m a museum director. I love what I do. But I’m a little bit shy. I pinch myself because of the people I interact with; that attention creates a lot of press.

Where were you, and what did you feel like when you learned you had been named the new director of The Andy Warhol Museum?
I was in the offices of the Carnegie. I was elated and pleasantly surprised. Later, I popped a bottle of champagne.

You’ve been doing a lot of interviews since being named the new director. What is a question no one has asked you yet, but you’d like to answer?
“Who was your favorite celebrity as a child?” Big Bird. And yes, I strongly encourage everyone to support PBS.

When did Andy Warhol pop onto your radar?
I first saw him on MTV in 1985 on a show called “Andy Warhol’s 15 Minutes.” I absolutely loved it. I also started reading Interview magazine. I thought Warhol was cool, revolutionary, unique.

How did you get into the arts and curating?
I was interested in objects — anthropological objects, toys, sharks’ teeth. I collected books and was constantly reading. My mom took me to antiques shops, garage sales, estate sales. I was always looking for cool stuff.

What were your first acquisitions during these childhood adventures?
A Japanese scroll. A glazed, blue terra-cotta vase. A Tiffany & Co. serving dish that I bought for $2.

What do you collect now?
Mid-century modern. Antiques. Strange objects.

What sparked your interest in all things Japanese?
In my junior and senior years in high school, I was selected for the Pennsylvania Governor’s School. The theme happened to be Japan. I really liked what I saw. That got the ball rolling.

Any memorable experiences from your internship at The Warhol?
It was a full-time job for a year. I did tons of research. I honed in on Andy Warhol, absorbing and learning all about Warhol.

What are some of your goals?
Run the museum as a successful business. Have employees love their job; keep the museum as a place people want to visit; make sure people are visiting The Warhol from around the world; fundraise so it’s here forever.

What should The Warhol be doing?
Be the definitive source on all things Warhol. Be accessible to all — that people know we’re in Pittsburgh and come to see us. Try to be the coolest museum in the world. Museums should be fun places, not mausoleums. [And to make sure] that Pittsburghers know we’re here and visit our changing exhibits. One of the biggest challenges is welcoming football and baseball fans into the museum.

What’s your favorite thing here?
The Screen Tests. I especially like the one with Lou Reed in sunglasses drinking a Coke.

What can we expect in the near future?
A facelift for 2014 and a retrospective on [’70s fashion designer] Halston. There will be a documentary film about Warhol made for the museum’s theater.

What kind of changes can we expect from the facelift?
A chronological flow of Warhol’s work, starting on the top floor and working down through the decades. Changing exhibitions will be on the second floor. The café will be moved upstairs to the main floor. The entrance will be akin to the Factory. It will be more welcoming, engaging and fun.

As generations pass and the memory of Warhol fades, will he remain “alive” and relevant?
He’s still a big figure for teenagers and college kids. The museum has 450,000 Twitter followers and 30,000 fans on Facebook [as of late October]. He’s so embedded in the culture now; such a cultural entity.

This article appears in the January 2013 issue of Pittsburgh Magazine.
Categories: Arts & Entertainment