The Comic and the Car Crash 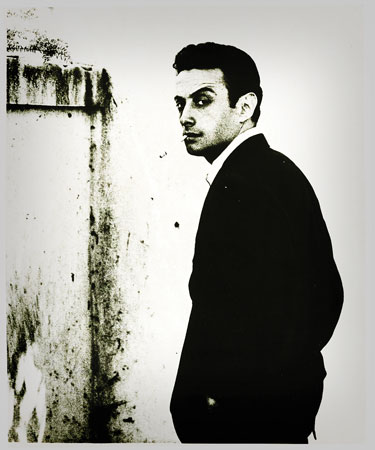 In his autobiography, “How To Talk Dirty And Influence People,” legendary comedian Lenny Bruce remembered driving to Pittsburgh in 1951 at age 25: “It looked so dramatic, the city in the dawn, that I felt a twinge in the pit of my stomach. I don’t know what it is, but any city at that time of day gives me the feeling I used to get when I swallowed the contents of a Benzedrine inhaler and chased it with Coke.”

At the time, Lenny Bruce wasn’t yet famous for his wild and profane brand of free-form comedy. Born on Long Island, N.Y., on Oct. 13, 1925, as Leonard Alfred Schneider, he’d been doing stand-up since the end of World War II. In 1951, he was performing and emceeing in small nightclubs; on a night in Baltimore, he met a stripper named Honey Harlowe. He married her in June. At his urging, she started a new career as a singer, using the name Honey Michelle. The newlyweds got their first big booking at a small Pittsburgh club called the Monte Carlo, located at Sixth and Penn, Downtown. The fee: $600 a week.

They opened on Thursday, Oct. 4. Things went well for all of four days; the following Monday, their black Chevy convertible was towed from an illegal parking spot. The couple went to retrieve it at the city pound in the Strip; they paid an $8 fine at 6 p.m. Heading back Downtown, they pulled into the intersection of Smallman and 29th streets; Bruce saw an approaching truck but figured he had plenty of time to get out. He had no way of knowing a Packard touring car was passing the truck. The two cars collided disastrously.

In those pre-seatbelt days, both Lenny and Honey were thrown from their car. His skull was fractured, but he was able to see the accident unfold: “To my horror I saw the Packard ramming my car down the street. The seats were empty and both doors flapped like mechanical wings of death. I saw the back wheels go over Honey’s soft young body. I heard her hips crack like the sound of a Chinese fortune cookie. The next moment the truck, coming behind her, also ran over her.”

The couple ended up at the former St. Francis Hospital, where Honey would stay for the next seven weeks. Lenny tried to perform that night, but his head was bleeding badly; he was taken back to the hospital. Their stay in Pittsburgh was extended.

The couple drove to California in 1952, and Lenny’s career really started to take off. He was outrageous and obscene — and frequently arrested for his unusual style of comedy that some called “stream of consciousness,” with no holds barred.

By October 1960, Lenny was divorced from Honey. He was much more famous, daring and controversial when he returned to Pittsburgh for a gig at the club called The Fallen Angel on Washington Boulevard in East Liberty. Never having been to a big-league baseball game, he decided to celebrate his birthday at Forbes Field by attending the seventh game of the World Series. On that day, the Pittsburgh Pirates triumphed over the New York Yankees to win the Series; many consider it to be the greatest baseball game of all time. The Pittsburgh Post-Gazette reported, “Bruce has since vowed never to see another game. He’s going to quit while he is ahead.”

Thanks to Norlex Belma and the Pennsylvania Department at the Carnegie Library of Pittsburgh for their assistance.

This article appears in the August 2016 issue of Pittsburgh Magazine.
Categories: Rick Sebak