The Clarks Cover Elvis Costello for Tree of Life

The band’s cover of “Peace, Love and Understanding” will benefit victims of the shooting. 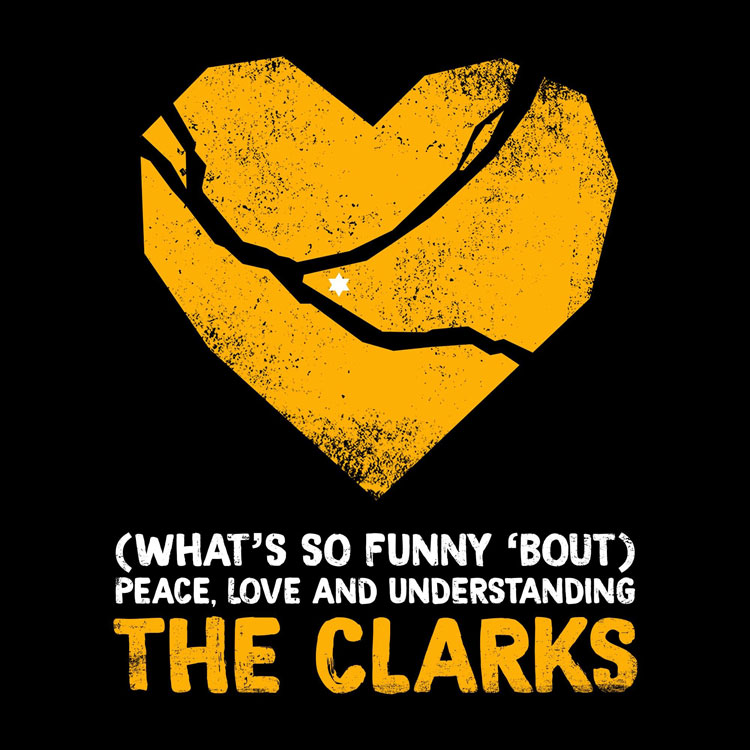 For three decades, The Clarks have been the flag-bearers for Pittsburgh’s music scene. In the wake of what Mayor Bill Peduto called the “darkest day of Pittsburgh history,” the band has covered a classic to benefit the victims of the Tree of Life shooting.

The Clarks released a cover of the Elvis Costello hit “(What’s So Funny ’Bout) Peace, Love and Understanding” yesterday via online retailers. Proceeds from sales of the song — which can be purchased now via iTunes, Amazon Music and Google Play — will be donated directly to Tree of Life Synagogue.

The band had already been covering the song, written by Nick Lowe, as part of recent live shows. The Clarks have a history of reinterpreting hits from the 1980s, including a radio-favorite version of Bruce Springsteen’s “The River” and a raucous rendition of Prince’s “Kiss.”

“We started living and playing in the East End in 1988,” the band said in a statement. “Squirrel Hill feels like home. We love the people, the community and the culture. The horrible shooting that occurred at Tree of Life Synagogue hurt us deeply.

The artwork for the track, which can also be streamed via Spotify and Apple Music, uses local filmmaker and artist Chris Preksta’s “Broken Heart” image. That image, which quickly spread through social media in the wake of the shooting, is available as a T-shirt from Steel City, with proceeds also going to victims.

Listen to The Clark’s cover of “(What’s So Funny ’Bout) Peace, Love and Understanding” here (click on the music service of your choice to be redirected).