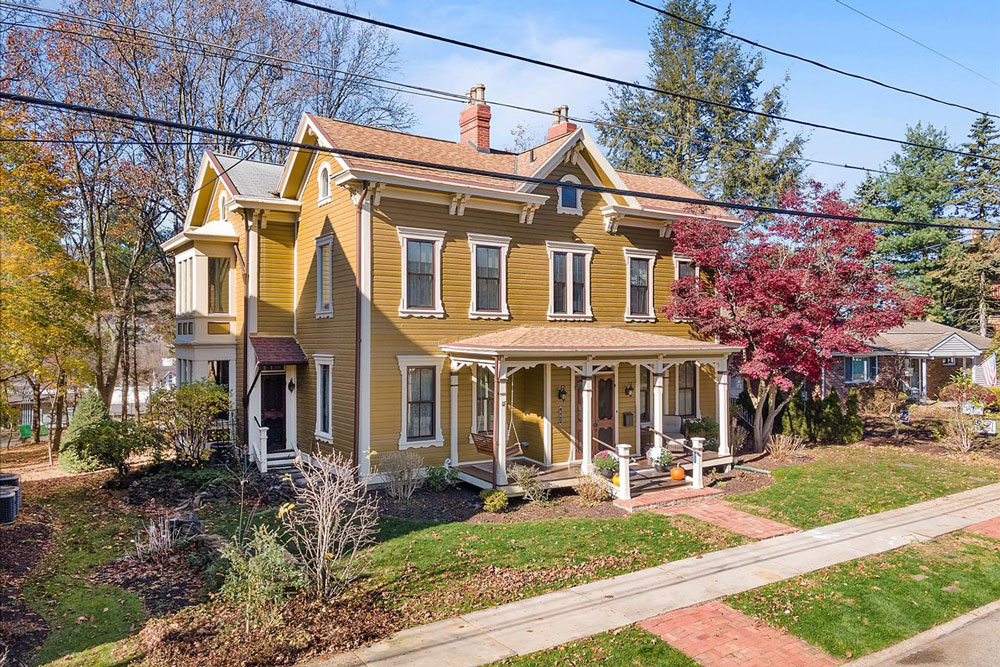 Built in 1850, the oldest house in Oakmont has been around the block a few times — literally. Amy Reiss thinks it’s one of most interesting things about her Italianate-style, 172-year-old home at 667 Fourth St.

“It was moved twice, so very long ago when there were no big trucks,” she says. “The house was originally located where Riverview High School is down by the river. Then it was moved to where Panera is now [on Allegheny River Boulevard].” 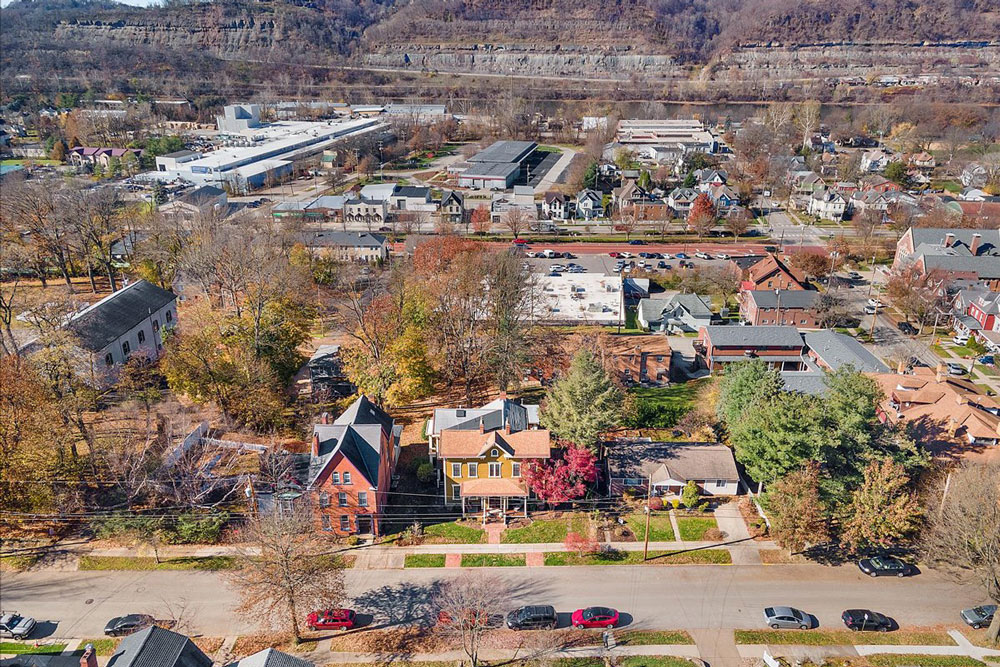 When the home was moved to its current location on Fourth Street, it was turned a full 180 degrees so that the front faced the opposite direction of the boulevard. 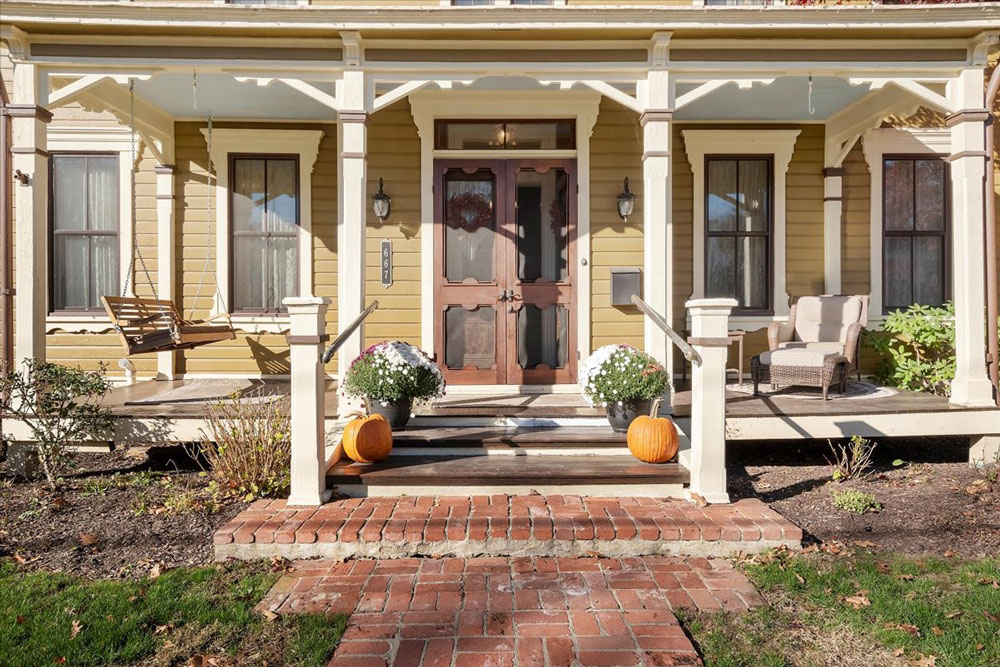 When Reiss and her partner, Michael Milligan, bought the home in 2013, they say it was in pretty good shape. Throughout the years though, they made significant investments, including repainting and restoring the home’s original exterior siding and trim, plus adding new windows and landscaping.

The house has had several notable owners, among them a former mayor as well as the Fischer sisters, who gave piano lessons there. Over time, the house gained two rooms on the left side and an access door. 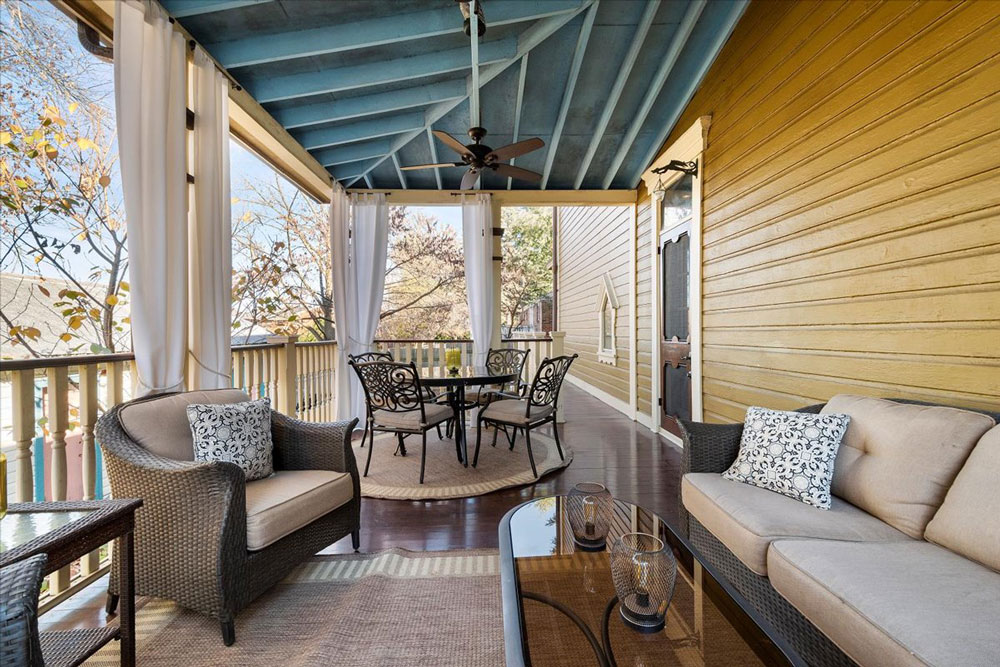 One of the home’s standouts is a lovely front porch with gingerbread trim; Another porch is on the rear. Both have soft blue ceilings, a traditional touch for homes that’s meant to keep bad spirits away. The yard, once overgrown with goldenrod, now has neat garden sections for corn, peppers and tomatoes. 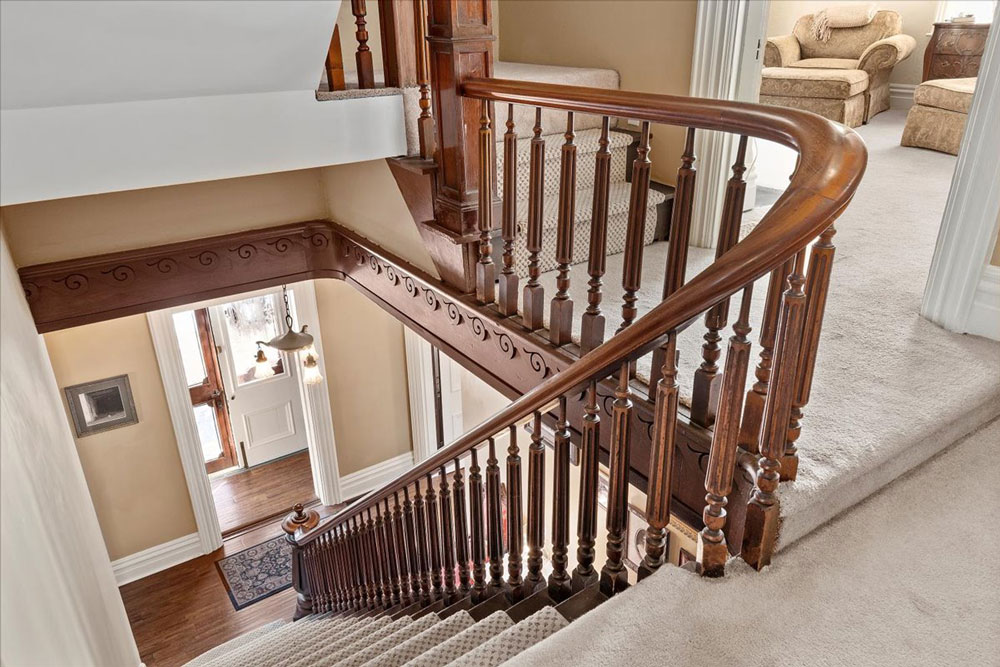 The grand center staircase has a combination of paneled tiger wood and oak, topped with a beautiful railing. Original molding and trim is found throughout the home, including marble fireplaces that are in excellent shape.

“The pocket doors between the parlor and the living room work,” Reiss says. “There’s also a pocket door after the vestibule. [If you] close the front double doors behind you to get into the house, it keeps the cold air out.” 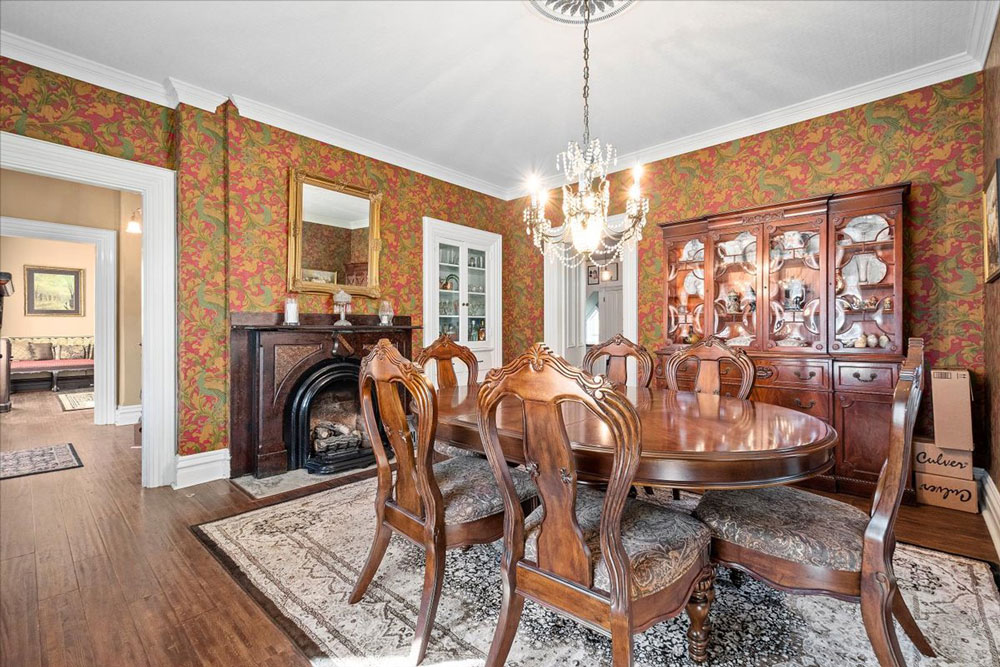 Colorful wallpaper was installed in the dining room, where there’s also a glittering crystal chandelier and a large bay window.

In the kitchen, the couple installed paintable metallic wallpaper on the ceiling that gives the impression of a tin ceiling. An adjacent pantry features antique, built-in bins. The island also received a special treatment.

“The wood surface was out of an old hat company in Oakmont,” Reiss says. “If you look at the side of the edge of the island, you can see the tick marks where the hat maker would measure fabric.” 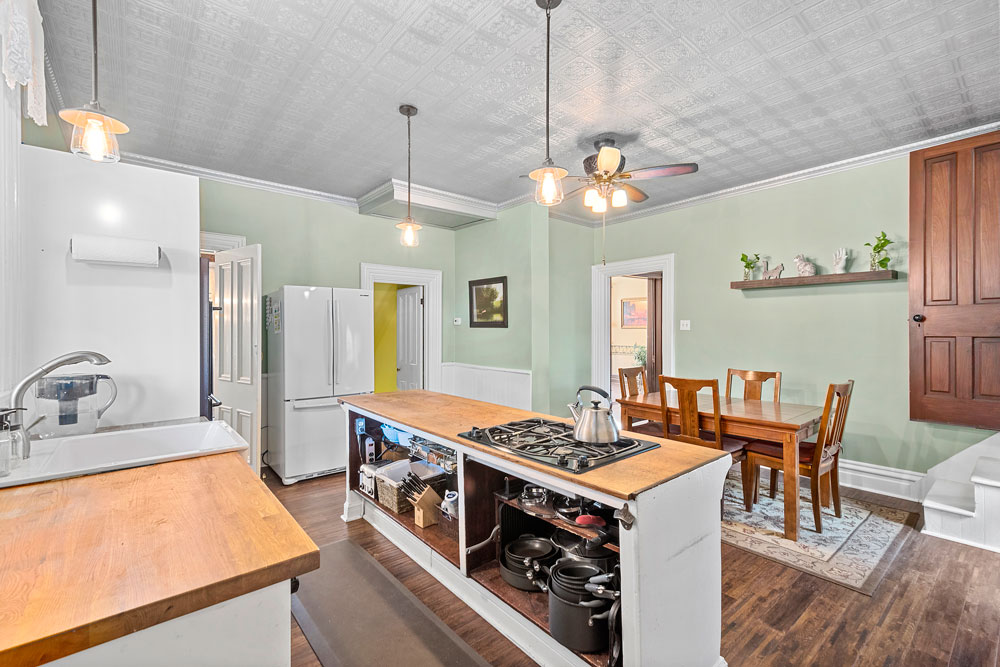 On the second floor, the curved staircase wraps around the hallway. The primary bedroom features the original wood shutters as well as an adjacent sitting room with a fireplace, one of the couple’s favorite spaces.

The second floor’s other spacious bedrooms, including one used as an office, are painted in neutral colors. On the third floor is another large bedroom outfitted with knee walls, dormers and arched windows. 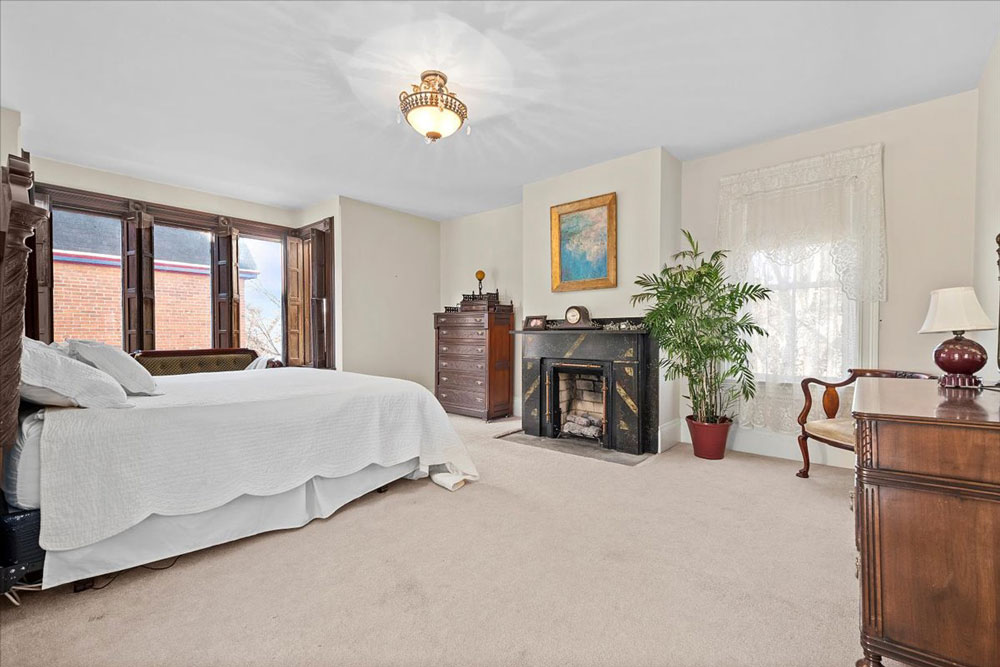 Because the couple is downsizing, they say they’ll be selling some of the home’s period-appropriate furniture, which fills the home’s nooks and crannies. Reiss adds one of her favorite things about the house is its layout.

“I do not like an open-concept; There are plenty of places you can go for quiet and to read,” she says. “It’s also a great house for events to gather. My brother calls this “The Christmas house.” It should be on a card.”