The exhibit is based on Disney Pixar’s Inside Out and features various sensory activities. 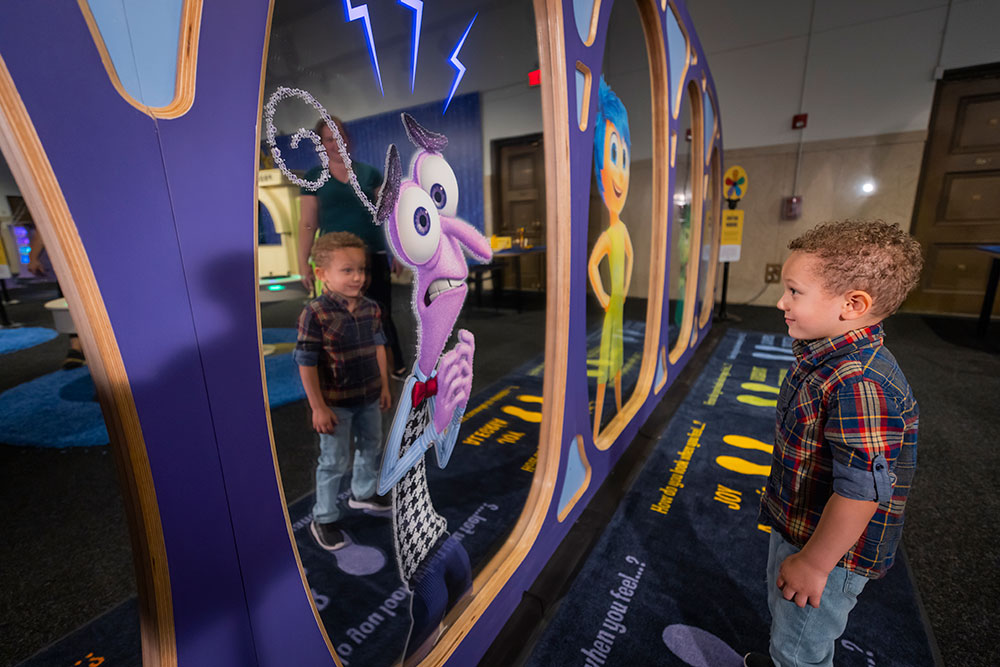 Learning how to manage the various and complex emotional feelings and responses is something many children may have a hard time grappling with — but the Children’s Museum of Pittsburgh is here to help.

The museum has partnered with Disney Pixar this summer to create  “Emotions at Play,” an interactive exhibit based on the animated hit movie “Inside Out.” Designed and developed by a team of industrial designers, fabricators, artists, and programmers, the exhibit also received help and communication from “Inside Out” directors and producers. 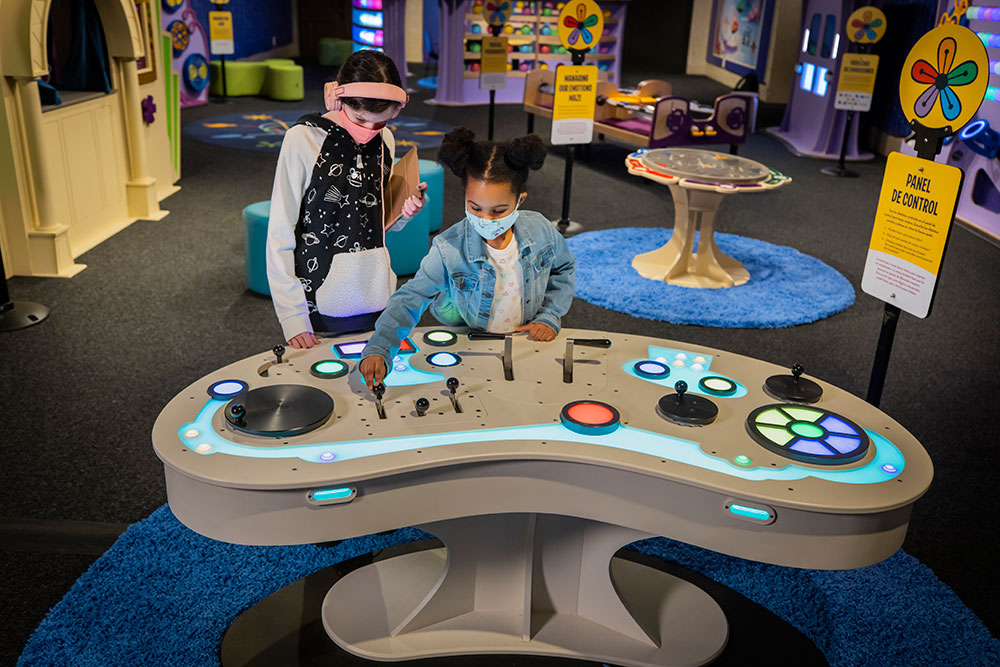 In the movie, a young girl (Riley) tries to navigate her emotions when her life turns upside down. The movie gives insight into how to cope with a life-changing event while adapting and dealing with various emotions.

Similarly, the exhibit, set in the world of Riley’s mind, focuses on the five core emotions featured in the film: Joy, Sadness, Anger, Disgust and Fear. Hands-on and digital experiences offer opportunities to explore some of the ways we express our emotions — and recognize emotions in others, too. 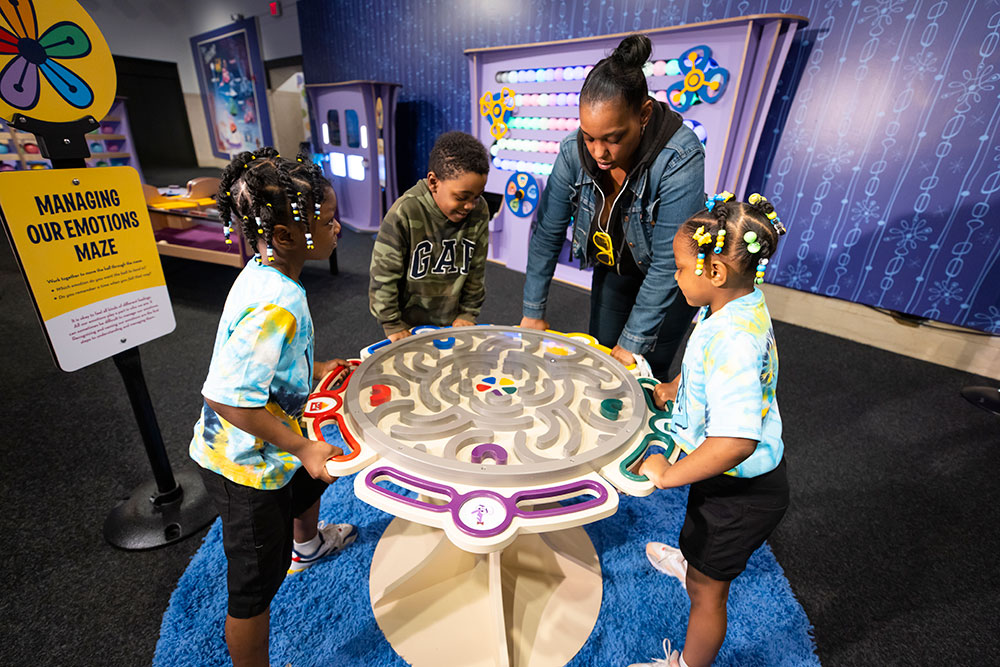 Anne Fullenkamp, the museum’s senior director of design, says the vision for the exhibit is to create opportunities for kids to start identifying and learning how to put into words what they are feeling and to know that they are in control of their emotions, while also learning how to deal with them — and knowing that it’s OK  to feel sad or angry.

“I think the most important thing to take away from this is that we all have emotions and it’s OK to talk about them, and emotions are really that common link we have with each other even though we experience them differently they’re what makes us our individual selves,” she says. “It’s especially important right now coming out of the pandemic and being social again and making these connections. Just giving families the space to talk about these things is important because they can be hard to discuss.” 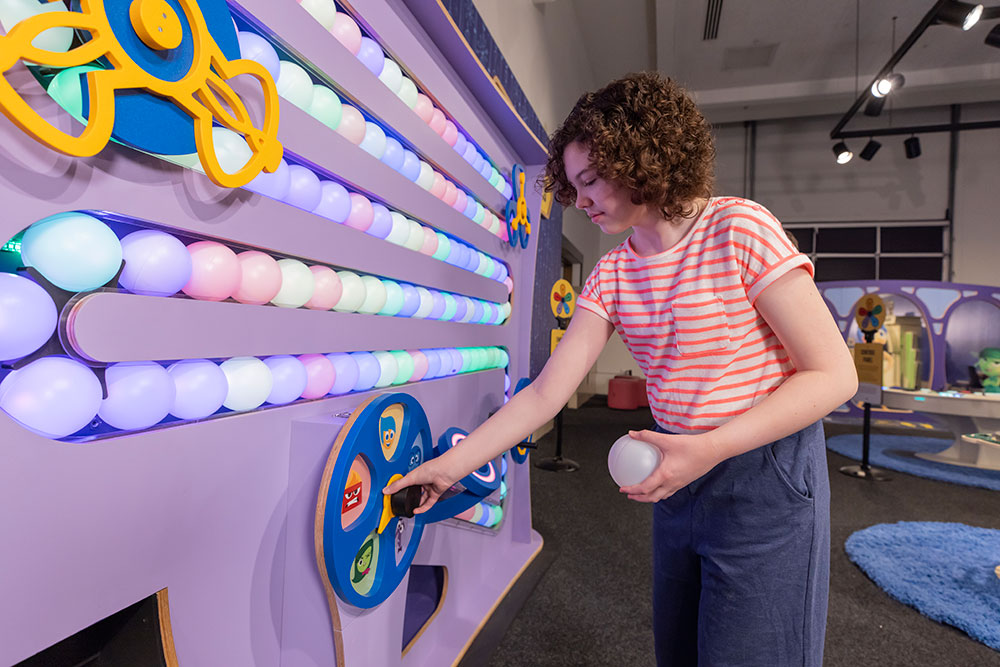 “Emotions at Play” will be in Pittsburgh through January 2022 before traveling to other museums around the country.

The exhibit’s six interactive activities include: 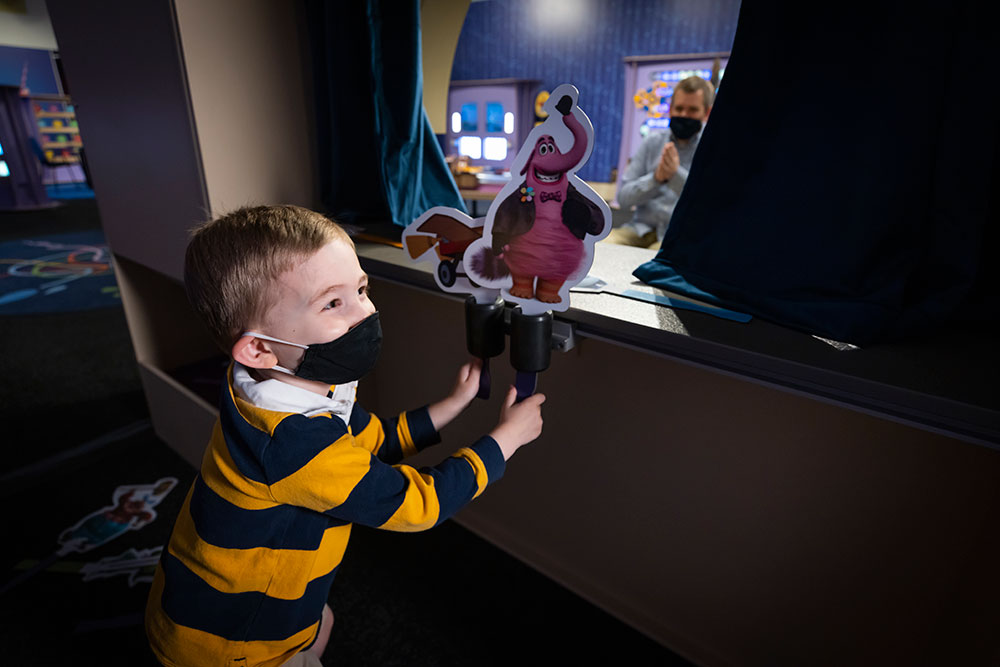 Control Panel – A big part of the film, the control panel plays different sounds and music that relates to the five emotions and colors, giving a diverse sensory experience that conveys storytelling through sound.

Memory Sphere – Children are invited to sit down and write a memory on a piece of paper and choose from which of the five emotions it made them feel. Then they can place it in front of an orb of light that changes colors based on the emotions. Yellow is for happiness, green for disgust, red for anger, blue for sadness or purple for fear.

Emotion Blocks – A good activity for younger children, participants can stack different colored blocks that represent the five emotions. The abstract blocks are based on early sketches of the five emotional characters from the film. 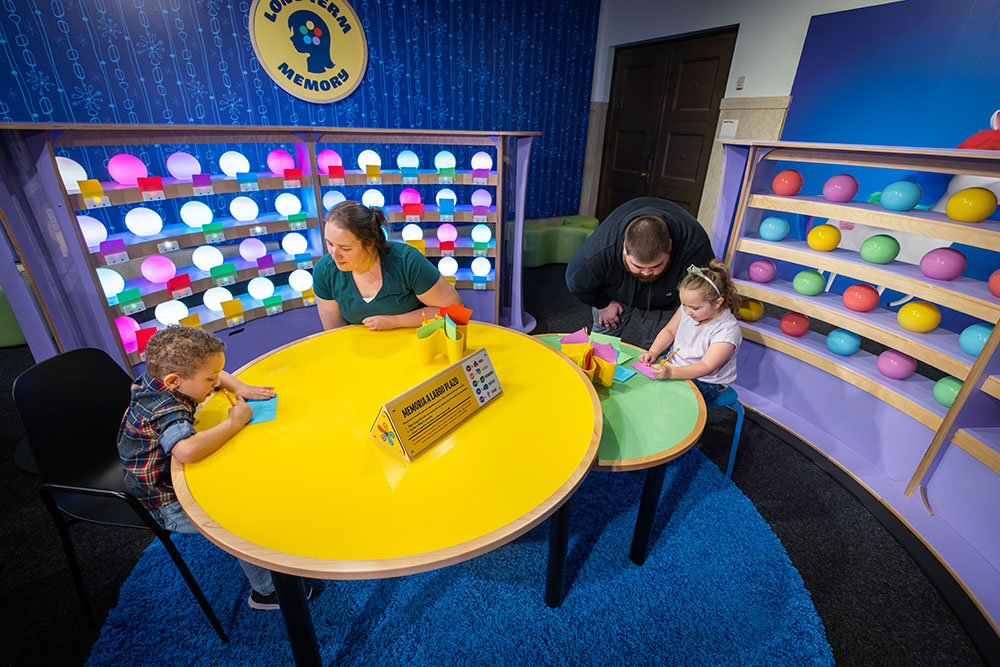 Dream Productions –  This creative activity gives kids the chance to make up a story with puppet characters from the movie. They can recreate memories they’ve had where they felt a certain way or they can make up any sort of story or scene they want.

The Children’s Museum is currently operating at a smaller capacity and requires masks and temperature checks upon entry. It is open from 10 a.m. to 5  p.m. Thursday through Sunday. The museum also recommends purchasing a timed ticket online.