The Cathedral of Learning is Getting a New Nationality Room

The Philippines Room is expected to be open for tours and classes by early fall. 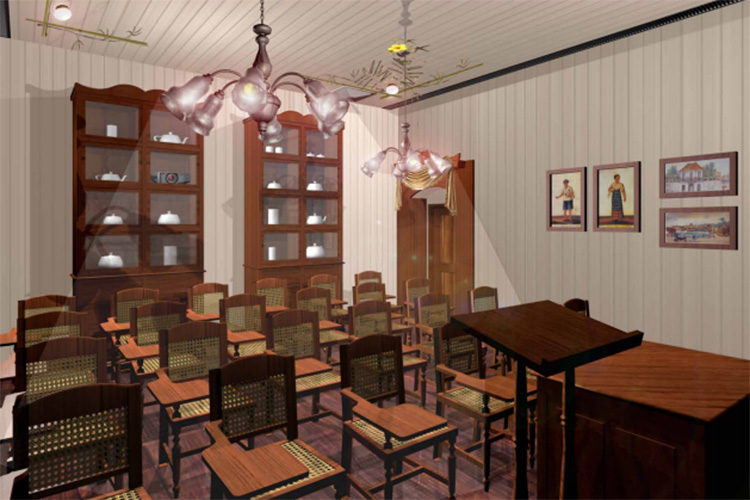 A flight from Austria to the Philippines lasts around 13 hours, but visitors will soon be able to get a glimpse of both countries in the span of a few feet on Pitt’s campus.

The University of Pittsburgh began construction on its newest addition to the Nationality Rooms program, the Philippines Room, in May. The room will be located on the third floor of the Cathedral of Learning along with the Austrian Room and the Indian Room, among others.

The Philippine Room is the fourth out of the 31 Nationality Rooms in the Cathedral to represent an Asian country. Its construction follows the completion of the Korean Heritage Room, which was finished in 2015. A Finnish Room and an Iranian Room are currently being considered.

The country the newest room will represent is currently the 12th most populous country in the world and has an economy dominated by fishing and agriculture. An estimated 463 Filipino individuals reside in Pittsburgh, according to a 2016 U.S. Census Bureau.

The project cost more than half a million dollars, according to the Pittsburgh Post-Gazette. The room is expected to be completed over the summer before students return to Pitt in the fall.

The room was designed by Manila-based architectural firm Popi Laudico. The design has both Filipino and Spanish influences set in the Bahay na bato architecture style, which originated during the Philippines' Spanish Colonial Period, which lasted from 1568 to 1898. Inspiration for it came from the Quema House from the UNESCO World Heritage city of Vigan in the Philippines.

Capiz shell windows, solihiya (cane) chairs and an outsized multi-faceted mirror will be included in the decor. Paintings representing local populations, costumes and lifestyles of the time will be on the walls and artifacts from various regions of the country will also be on display.

The room’s design also took into consideration Pitt’s Nationality Room guidelines, which establish that the room must be decorated from an era predating Pitt’s founding in 1787 and must also be able to fully function as a classroom.

A free public dedication ceremony for the room is being planned for July 2019, according to the Pittsburgh Post-Gazette.

Tours of Pitt’s Nationality Rooms can be scheduled at nationalityrooms.pitt.edu.

House of the Week: Newly Renovated Home on Mount Washington