After her cookie table bridges proved to be a hit at her own wedding, a Pittsburgh bride has taken her idea to the next level. 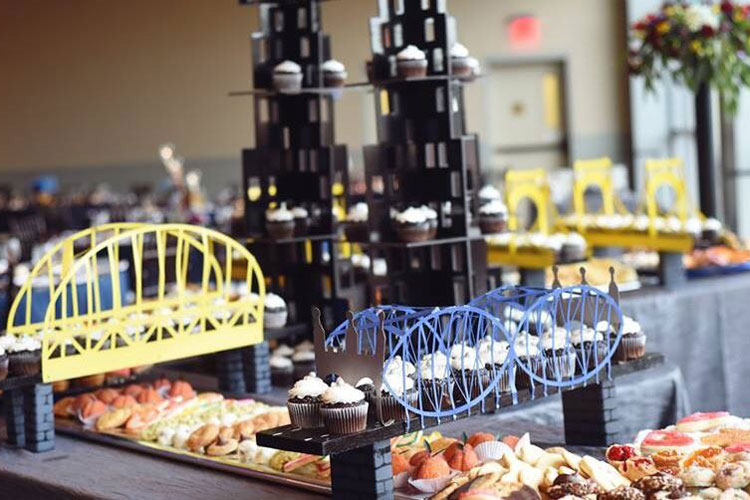 The traditional cookie table is a staple at any Pittsburgher’s wedding, but one bride wanted to take her cookie table to the next Pittsburgh-themed level.

At her 2016 wedding at the Heinz History Center, Harley Perri had the idea to include the bridges of Pittsburgh on her cookie table. With the help of her mother, Lisa Perri-Lang, she made wooden bridges to create the cityscape as seen from the Duquesne Incline.

“I was so obsessed with it, of having the cookie table literally be the center of attention,” Perri says. “It was kind of like my favorite part of the wedding. I wanted it to be special.”

After her wedding, her mother put pictures of the table on Facebook and the post went “mini-viral,” Perri says. Nearly three years after they created her bridges, Perri and her mother have started a business to make more cookie table bridges called Building Bridges Crafts.

At first, Perri was skeptical about starting an online crafting business because each hand-painted bridge takes about two hours to create. However, after she saw a similar Golden Gate Bridge design made from candle holders by another bride, she decided she was up for the challenge.

“I said, ‘Wow if someone liked it that much to make it themselves, then we should try to make this a thing,’” she says. “I put it out there that we were going to do that, and I got almost a hundred messages within a couple of days.” 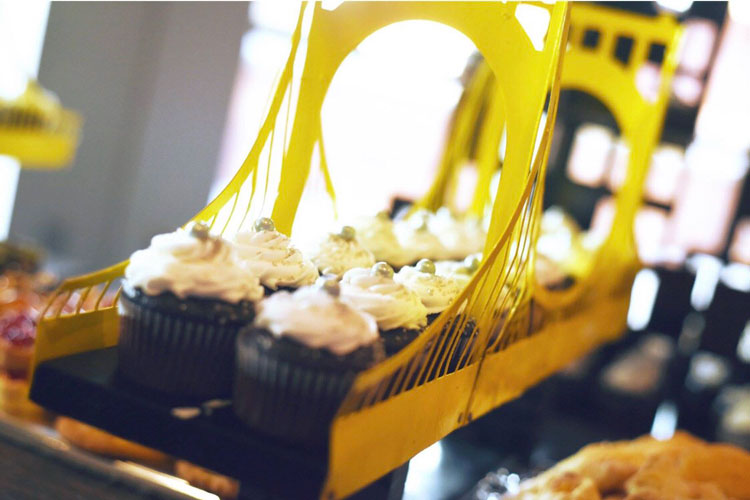 Building Bridges Crafts opened in May, and the mother-daughter duo already have orders dating well into 2020. They have upgraded their method from using a Cricut machine to a new commercialized machine that cuts wood and painted material to make the process easier.

“I really like the Smithfield Street. It’s the hardest to make, but I think it’s the prettiest,” Perri says.

Perri is a teacher of the deaf and hard of hearing in Northern Virginia but has plans to move back to Pittsburgh within the next year. Currently she’s only able to provide to brides between Kennedy Township and Leechburg, but she plans to open an Etsy shop or website after the new machine arrives, which will make shipping possible.

While many of the orders so far have been for weddings, Perri says she also has taken orders for a Bar Mitzvah, a fundraiser and a family reunion.