The Boss Coming Back to the 'Burgh

Bruce Springsteen and the E Street Band will perform at Consol Energy Center in September.

Back in January, Bruce Springsteen and the E Street Band kicked off the group's latest tour, in which they performed the classic 1980 album “The River” in its entirety, right here in Pittsburgh. Springsteen announced Monday on his website that the “The River Tour” will wend its way back to the 'Burgh on Sept. 11.

The January show was memorable not only for the band's three-plus hours on stage but also for Springsteen's tribute to the late David Bowie. During the encore, the band covered Bowie's “Rebel Rebel.” (video above)

Tickets for the Sept. 11 concert at Consol Energy Center will go on sale through Ticketmaster at 10 a.m. on May 20.

Pittsburgh is one of seven cities recently added to the The River Tour. 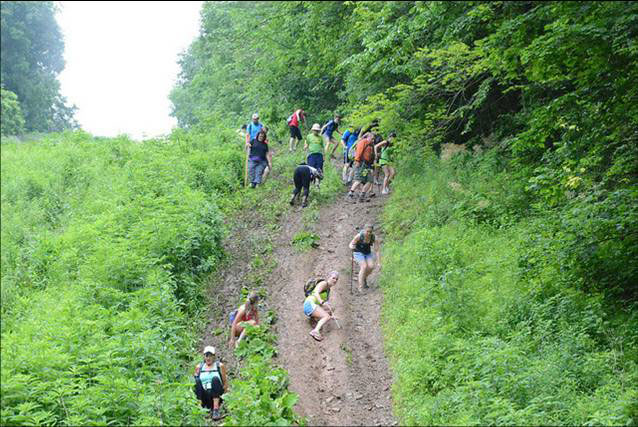 To truly celebrate the anniversary of the Rachel Carson Trails Conservancy, you have to be shape. To mark the group's 20th anniversary, 600 people will hike 34 miles of the trail in just one day. Fortunately, that day is June 18, one of the longest of the year. The hike begins at sunrise in Harrison Hills Park and ends at sunset in North Park. Hikers will have a little more than 15 hours to complete the course.

The challenge, however, is not a race. “The whole idea is to challenge yourself and complete it,” says Rachel Carson Trails Conservancy volunteer Kathleen Ganster. “That is one of the beauties of the challenge — anyone can take it on, as long as you can train for it.”

There is also a half-challenge, known as the Homestead Challenge, where another 300 people hike 18 miles from the Rachel Carson Homestead, and an eight-mile Friends & Family segment with roughly 100 hikers that begins at Hartwood Acres. The challenge and the half-challenge hikes filled to capacity weeks ago but there are still spots open for the Friends & Family segment.

There are also tickets still available for the more sedentary 20th anniversary celebration to be held from 5-9 p.m. on June 11 at White Oak Farm in Hampton Township, directly on the Rachel Carson Trail off of Wagner Road. The event will include food from Casa Rayna, custom beer, soft drinks, live music and an awards and recognition ceremony for volunteers and past participants. Click here for tickets and more information.

The nonprofit, volunteer-based organization, originally established in 1992 as the Harmony Trails Council, is dedicated to developing, protecting and promoting various trails throughout western Pennsylvania. 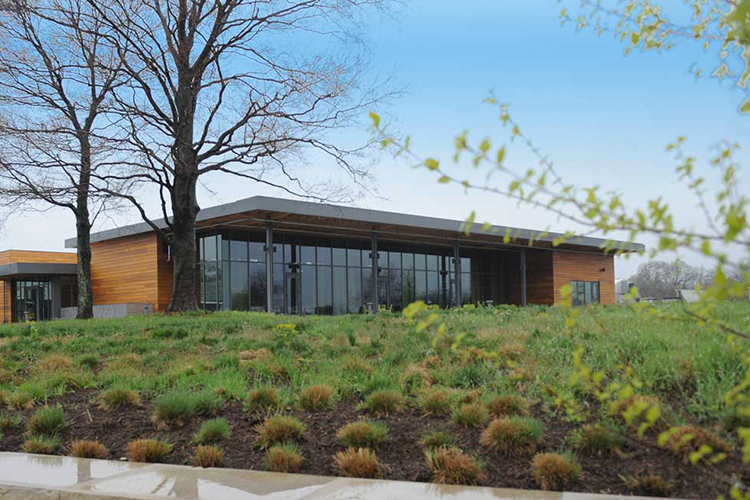 An official dedication ceremony was recently held for the new Commons Center at the Chatham University Eden Hall campus in Richland Township. The two-floor building in the heart of the rural complex is billed by the university at the “first in the world” sustainable campus.

The building exceeds LEED Platinum standards, using solar panels, geothermal wells and wind turbines to make it as energy-efficient as possible. The geothermal system, for example, can store excess summertime heat that will then be used to warm the building in the winter. 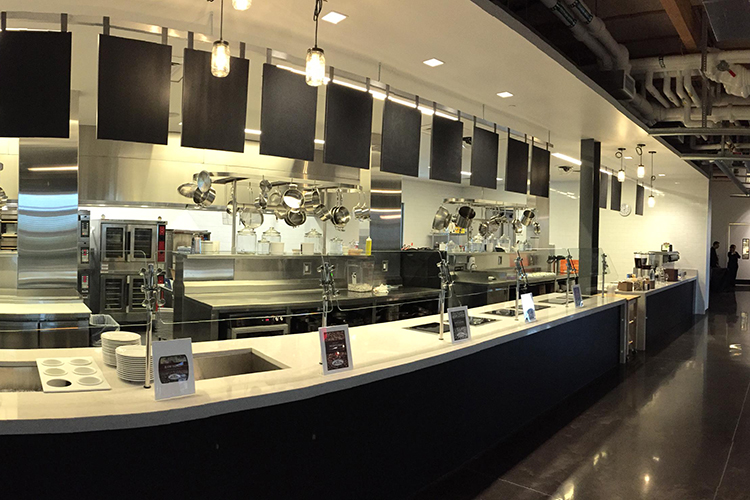 The Commons also houses a commercial teaching kitchen. Chefs from Parkhurst Dining Service prepared a three-course meal for the dedication ceremony; most ingredients were locally sourced, and some were grown on the campus farm. Author, chef and sustainable-seafood expert Barton Seaver gave the keynote address at the dedication.

“Chatham would not have been able to realize our vision for this one-of-a-kind living laboratory and model for sustainable practices without the vision, innovative talent and relentless effort of many,” said university President Esther Barazzone in a press release prior to the event.

The building will bear Barazzone’s name to honor her legacy; she has announced her plan to retire in June after serving for 24 years as university president.