The Beat: This Month's Best Concerts 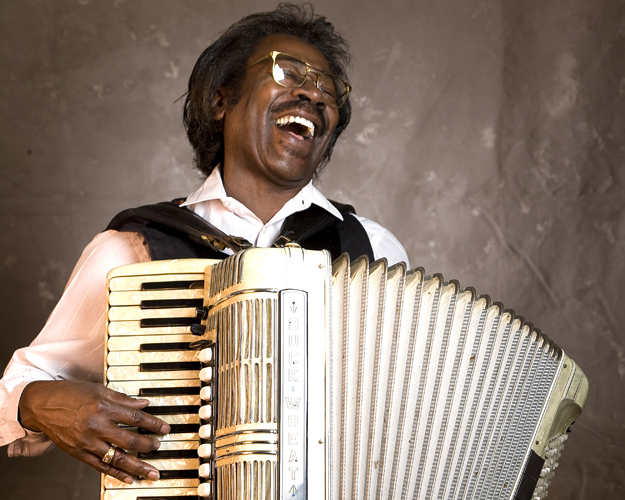 Buckwheat Zydeco
Mar 6
Buckwheat Zydeco has covered everything from Dylan’s “On a Night Like This” to Billy Roberts’ “Hey Joe.”  I’m sure that, if politely asked, he could even churn out a stellar version of “Twinkle, Twinkle Little Star” without thinking twice. But it really doesn’t matter what tunes he plays. People just want to see the dude shred on accordion. Well, lucky you, because Buckwheat (aka Mr. Stanley Dural, Jr.), the consummate professional, will be lighting up Club Cafe with his own particular blend of zydeco. And if his stage presence is any indication, audience members are gonna have a difficult time driving home after having their minds blown by the man’s fearsome accordion chops.

Dr. Dog
Mar 1
What better way to start off the month of March than with folk roots-rockers Dr. Dog? The Philly group has worked up a devoted following for the past decade, getting its break after opening for My Morning Jacket and making rounds on the late-night talk-show circuit these last few years. Join the guys in Millvale, where they’ll be kicking out the jams in support of their latest release, Be the Void.

John Prine with special guest Leo Kottke
Mar 2
Just seeing one of these fleet-fingered guitarists rocking out on stage would be an evening in itself — but both of them … touring together?  Nah, it couldn’t be.  Yet here they are.  Both Prine and Kottke have chiseled out critically acclaimed careers within the folk scene (while also making their presence felt in everything from jazz to blues to country), so I can imagine this event being nominated in my personal year-end Best Of category for live shows.  If you enjoy impeccable musicianship and absolute clarity in songwriting — and if you desire to see two people who are deeply engaged and passionate about something they were put on this planet to do — then the experience has already been decided for you.  All you need is to show up.

Lee Ritenour
Mar 16
Speaking of fleet-fingered guitarists, old “Captain Fingers” himself, Lee Ritenour, will make an appearance on the North Side this month.  After making his first studio recordings at the ripe old age of 16 for the Mamas & the Papas, Ritenour went on to win several Guitar Player magazine Best Studio Guitarist awards.  From there, he continued on the solo path in the jazz/fusion vein, while still working sporadically in the studio, most notably on Pink Floyd’s The Wall. His evening appearance includes two shows and, hey, it’s on the North Side. What more could you want? 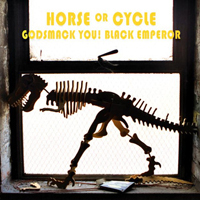 Horse or Cycle
Godsmack You! Black Emperor
It would appear that the fellas in Horse or Cycle have pulled up stakes and headed north, beyond that imaginary line among genres, that fluidic break from the mezzanine that treads like a battle between frayed electrical cords and the skeletons of broken barstools.  Yes, folks, they have largely abandoned the alt-country-folk meets indie-rock sound they were once known for — and it’s a good look for them.  Not that Flood Season didn’t have its moments — it’s just that Godsmack You! Black Emperor is so much more of a reach, so much more of a sonic leap that I can’t help but think that close friends and family members will wonder just how deep certain emotional depths were plumbed to reap such handsome rewards. Imagine psychotherapy meeting Rodan (Godzilla’s rival or the Louisville, Ky., band — either one works) and you have the finishing track “Serbian Mines,” which is the most punishingly awesome song I’ve heard in a while. 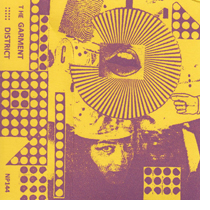 The Garment District
Melody Elder
Somewhere beyond the landscape of shared experience and the quiet war waged between our ears lies a soundtrack — something nebulous yet with legs, weight and matter that doesn’t quite conform when confronted with the rigid laws of the Traditional Pop Song. The debut of The Garment District (aka Jennifer Baron, of Ladybug Transistor fame) is such a record. Actually, as a complete package, I’m not sure I’d describe Melody Elder as a record so much as a series of implied messages mapped out with distorted guitars, keyboards and drum machines for the listener to process and then do what they will with the information.  Baron’s several collaborators offer an added dimension, but you can tell the vision of the project is her own. The Garment District is most effective when paired with Baron’s visual work; the images associated leave the viewer to wonder just what she has hidden up her sleeve for the future.