Muse, Supersuckers, Rusted Root and Stephen Stills are headed to town this month. 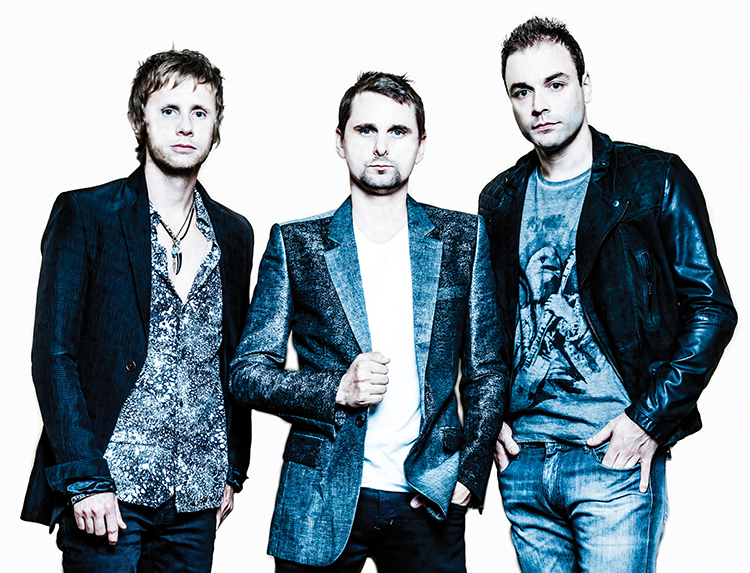 Muse
Sept. 8
Muse is a “rock” band, but its songs are more like arias of grief and longing. Lead vocalist Matthew Bellamy’s compositions have the soaring power of operatic solos, partly because of his haunting voice. The UK-based act arrives in Pittsburgh to play the Consol Energy Center with Cage the Elephant. — Robert Isenberg

Supersuckers
Sept. 18
Feel the need to lighten up a bit? Head to the Strip District and take in a Supersuckers show to let the self-proclaimed “Greatest Rock ’n’ Roll Band in the World” help you forget your troubles temporarily. Eddie Spaghetti and company have made a career out of throwing listeners for a curve with numerous forays in the rock and country genres.

Stephen Stills
Sept. 10
Stephen Stills has made a career out of collaborations. Under the guise of blues-rock band The Rides, the Crosby Stills Nash & Young member joined forces with Barry Goldberg and Kenny Wayne Shepherd to release Can’t Get Enough, which, for what it’s worth, serves as an homage of sorts to the classic 1968 album Super Session.

Angel Olsen
Sept. 24
Angel Olsen has spent the last three years or so in solo territory. The Chicago-based singer/songwriter, who recently debuted her CD Half Way Home, will stop in Pittsburgh for her first local show as part of The Andy Warhol Museum’s Sounds Series.

Ahmad Jamal
Sept. 27
Pittsburgh-born pianist Ahmad Jamal and his quartet will be the featured guests at MCG Jazz for what promises to be one of the most anticipated shows of 2013 — the Jazz Legends Party. Don’t wait to buy your tickets.


Neighbours
Prime Numbers
Tearing through songs as if in an altered state, local mod-rockers Neighbours offer 12 boisterous tunes in Prime Numbers, running the gamut from elegant to downright combative. That said, this musical bipolarity offers a more cohesive effort than the group’s five-track, self-titled 2011 e.p.; the quartet clearly plays to its strengths via tightly wound songs such as “Real Talk,” but it also lets the good times roll with exemplary musicianship and production that aims for Phil Spector-like grandiosity. The group even mines Stax territory with the horn-driven “No Matter the Season.” A record full of choice cuts, Prime Numbers documents the boys’ continued ascent within the Pittsburgh music scene.

Matthu Stull
Tip of the Iceberg
Let’s get one thing straight: Matthu Stull is probably bonkers. While that can be a recipe for disaster when musical miscreants get their grubby little mitts on home-recording equipment, it can sometimes make for interesting noise. Stull manages to navigate several genres — psychedelic, post-rock, country — with a keen sense of humor to make sense of what would initially seem like incongruous conversations while feasting at the world’s most entertaining dinner party. Or maybe each song is a painterly masterstroke — a bold prediction of multiple subcultures manifesting beneath the umbrella of the most fevered imaginations. If Stull is correct in his proclamation that 80 percent of what he says is a fib, I’m fine with not knowing the truth.

This article appears in the September 2013 issue of Pittsburgh Magazine.
Categories: Things To Do