The Pink Floyd legend will perform hits from 'The Wall' at July 3 concert. 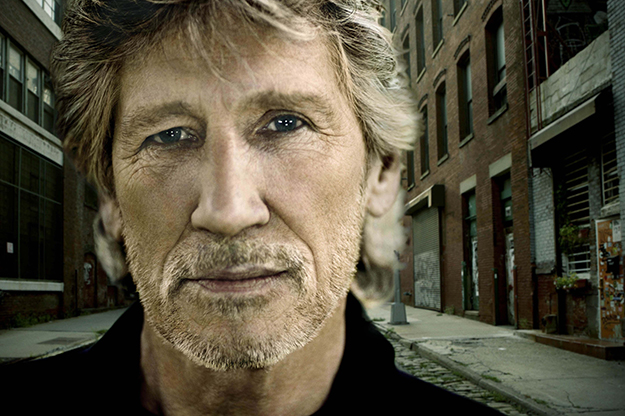 Roger Waters
July 3
Waters will perform hits from The Wall, Pink Floyd’s classic and his creative benchmark), at CONSOL Energy Center. While it’s doubtful that Bob Geldof (or his eyebrows) will be in attendance, all the teachers out there should keep a low profile.

River City Brass
July 6
Spend an evening under the stars and join James Gourlay as he directs River City Brass, America’s only full-time brass band, which will perform virtuosic renditions of marches, jazz, classical and pop transcriptions on the Clayton Great Lawn of the Frick Art & Historical Center. The show is the second installment in the 2012 outdoor summer concert series “First Fridays at the Frick, Brought to You by First Niagara.”

“Music of Styx”
July 7
Come sail away with Dennis DeYoung’s “Music of Styx” at the Meadows Racetrack & Casino. Since his abrupt departure from the award-winning band in 1999, DeYoung has been touring on his own, performing in productions ranging from 40-piece orchestras to singing lead in a Styx tribute band (for his motion-picture debut, The Perfect Man). This particular appearance will include a new rock band that highlights Styx’s lengthy discography.

“The Legend of Zelda: Symphony of the Goddesses”
July 27-28
At first, the pairing seemed odd — but after some thought, I’m actually surprised that it’s taken this long. “The Legend of Zelda: Symphony of the Goddesses” with the Pittsburgh Symphony Orchestra features “dynamic and compelling video accompanied by a live symphony orchestra” and brings “the most popular videogame series to life!” So get your symphony on while collecting the eight fragments of the Triforce of Wisdom or whatever it is that’ll get Link in Princess Zelda’s good graces.

The Slow Reel
The Slow Reel Tape
Imagine Eric Gaffney fronting Summerteeth-era Wilco, and you’ll have a basic understanding of the Slow Reel’s opening track “Kids in the Van” from The Slow Reel Tape.  Actually, imagine snippets of those two influences within every song, and you’ll get a better understanding of what this group has to offer.  Off-kilter vocals, Southern-fried guitars and strategically placed keyboards permeate the record throughout the release, and to say there’s a definite Music from Big Pink vibe going on would be an understatement.  But to merely throw out a couple of famous (or, in Gaffney’s case, infamous) influences would be a disservice to the band.  So I’ll just end by stating that this is a fitting finale for a band clearly trying to do its own thing — and, for a large part, succeeding.

Yarn Wallows
Yarn Wallows EP
Fleeting influences and grizzled notions aside, Yarn Wallows yields a pleasant portrait of folked-out chamber pop meditations that swirl and meander through the back roads like sepia-toned characters in an old photograph.  But don’t go expecting some sort of old-timey Moonshine-soaked hootenanny from this crew, as YW dots the countryside with enough brittle beeps and orchestral percussive work (in addition to the quality production) to keep the listener firmly entrenched in the here and now.  Opening track “Face the East,” a nine-minute opus that sets the stage with a litany of intricate vocal and instrumental interplay, sings more like a meal, which, metaphorically speaking, makes it easier for me to tie up this review with the thoughtfully frank “Thanksgiving (Things),” a poignant and positive resolution to this release.