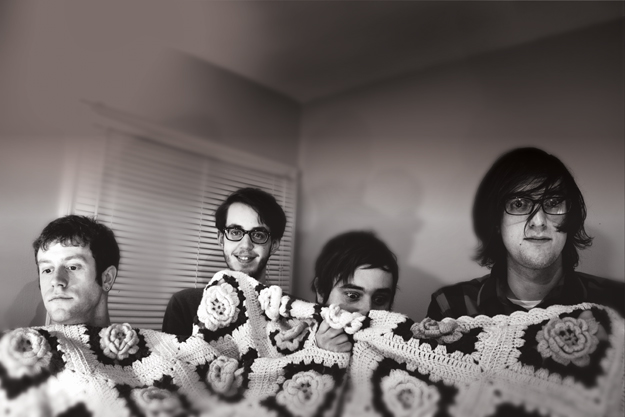 Cloud Nothings
April 3
Looking for entertainment in Bloomfield?  Well, Cloud Nothings will take the stage with their lo-fi poppery at Brillobox, along with A Classic Education and Pet Clinic.  The Nothings’ latest release, Attack on Memory, was dubbed “Best New Music” status on Pitchfork, which should surely mean something if you’re a fan of the band. Be sure to wear your skinny jeans.

Chick Corea
April 6
After developing his chops with Miles Davis (he performed on two Davis classics, including “In a Silent Way”), Chick Corea joined with avant-garde jazzists Circle before venturing out on his own. He later formed Return to Forever with Philly bassist Stanley Clarke — which, during its existence, included pretty much every ’70s jazz/pop musician, from Steve Gadd to Al Di Meola. Do yourself a favor and check out this esteemed jazz royalty when he visits the MCG Jazz Concert Hall.

Squeeze
April 26
Oh, boy — this should be great. Classic pop new-wavers Squeeze will make their way to Pittsburgh this month at the Carnegie Library Music Hall.  While known mostly throughout the Top 40 landscape for their hit single “Tempted,” the boys were also responsible for such spirited hand-clappers as “Cool for Cats,” “Black Coffee in Bed” and “Up the Junction,” a song that, in my humble opinion, is up there with “Waterloo Sunset” as a near-perfect pop tune. To top it off, UK ska legends the English Beat will be opening the festivities, leaving ample opportunity for local revelers to indulge in their inner Anglo. 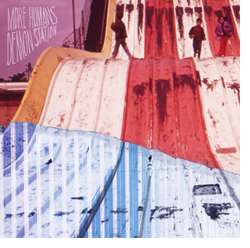 More Humans
Demon Station
More interesting noise from Pittsburgh ex-pats More Humans — this time in the form of a 10-inch release called Demon Station, which will surely convert those who mistakenly believe angular rhythms and petulant guitar work served up in fits and starts no longer carries the weight that our fickle public demands.  No, dear reader, this band plays for keeps, and if you’re ever lucky enough the see them live, you’ll know that these tunes will translate perfectly to the caustic arena of Pabst-pounding sweat and bloated bar tabs.  “Welcome to the Childhood Home of Andy Warhol and Dan Marino” says it best, with its honest and unsparing depiction of our fair city layered over acoustic guitar and drums that hum like an agitated beehive.  Here’s hoping that closing track “Icicles” serves as merely a raucous (then mellow) ellipsis that is the daring prose which surrounds this band and the inspiration that enables it to make such profoundly good music. 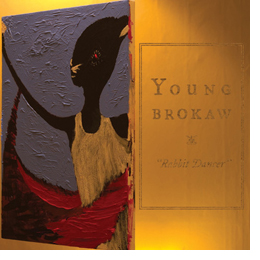 Young Brokaw
Rabbit Dancer
Young Brokaw’s Rabbit Dancer is a stirring collection of pop tunes recalling just enough splinters and gobs from bands of yore to make one pause and think, “Hey, hold on a sec.”  While this is usually enough to quench the thirst of most bands, the boys, like seasoned pranksters, suddenly appear from just around the corner, water balloons in tow, dousing the listener in liberal doses of cleverly designed ideas of their own.  No better example of this than the opening track “Catalpa,” where the crew begins with an upbeat anthem to get the people on their feet, skew it just a little bit to keep our interest level beyond the first chorus, then take it from there with varying tempos and relatable subject matter.  At no time does this record lag, even in the slower bits like “Cellar Shoes,” where bassist Chris Herd and drummer Dave Halloran provide colorful, competent rhythms over Matt Dull’s doubled-up vocals that give one the impression that he’s almost having a conversation with himself.  So it should be no surprise that this release works so well — that is, until you’ve waded through the countless groups who spend their whole lives trying to capture the pleasant vibes that emanate from this record.