An interview with Boca Chica, whose new album 'Get Out of Sin City' tests the limits of country. 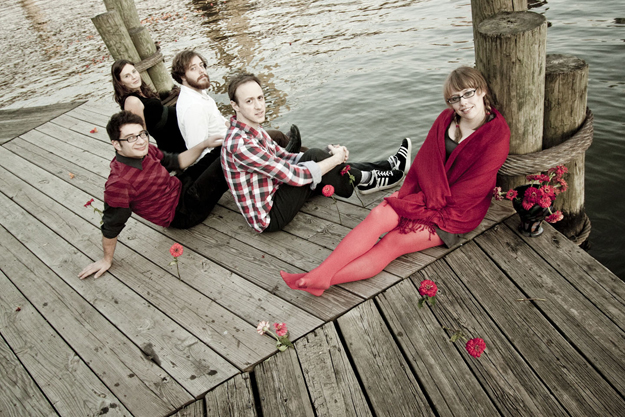 BOCA CHICA
Get Out of Sin City
Boca Chica has been a fixture in the Pittsburgh music landscape for a while now, and the band’s latest release, Get Out of Sin City, shows them making not so much a departure from their alt-country pop sound but a closer exploration of the genre of country music itself—all while still kicking out the jams bar-band style. Lead singer/songwriter Hallie Pritts was gracious enough to offer up the inner-workings of her mind.

From a sonic standpoint, Get Out of Sin City is a change of pace when compared to Lace up Your Work Boots. Was this something that you planned?
My vision for this record was to recreate a 1970s country bar-band sound and filter that through a modern indie pop lens. Clearly, the album does not sound experimental—it was important to me that it be accessible. But I wanted to create something that immediately sounded familiar, but upon second and third listen you might notice a certain strangeness to it and a certain depth of production atypical in this genre of music.

Could you clue us in to the songwriting process? How does each individual in your band influence your songwriting and arranging, if at all?
For most of my life, I’ve just sat down with a guitar and a phrase or two and tried to pluck out a feeling or an experience and turn it into a song that might communicate a little bit of how I’m feeling to another person. For better or worse, it’s mostly been an emotional thing for me and I didn’t use to give a ton of thought to craft or hooks or even to the lineup I would be playing it with. But that worked out well because it allowed the band I’m playing with to completely shape the sound of the performance and I’ve been really lucky to always have an extremely talented bunch of musicians around me.

Additionally, for each album that we’ve done, I’ve always had one band member that’s sort of played a producer role, not only in the studio but also in practices when we’re working up songs. For Sin City, this was definitely J. Vega, who not only recorded at J Bird Studio (which he owns and operates) but was the person I looked to shape the whole sound of the band.

With a record titled Get Out of Sin City, one automatically gets the impression of down-on-their-luck character studies. Were you going for a specific theme?
I think if there’s any theme at all to this album it would have to be urgency. The album is very dark. I wasn’t going so much for down-on-your-luck, as all the things that you want to say that you feel like you can’t say; they’ve got to explode out of you in some way and album form is not a terribly damaging way for that to happen. I can’t tell you how satisfying it is to say the things you want to say to someone in a song. It’s a bit cowardly maybe, but it feels great.

Boca Chica will be playing at the Thunderbird Cafe in Lawrenceville on Saturday, Feb. 4. For more info, go to thunderbirdcafe.net or bocachicamusic.com. 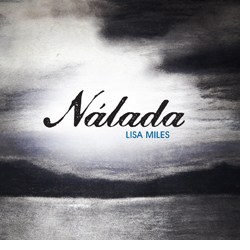 LISA MILES
Nálada
When I initially received Lisa Miles’ Nálada from the powers-that-be at Pittsburgh Magazine HQ, visions of percolating andantes and riotous allegros flooded my consciousness.  As I returned home, I figured that mentioning an obscure composer, combined with some witty wordplay sprinkled with a few choice adjectives and, quite possibly, a reference to some musty old concert hall would be enough to send our dear readers to the nearest interwebs or (gasp!) the nearest record store to peruse and hopefully purchase said offering.

So with that, I set off immediately in search of my trusty thesaurus.  But then I unwrapped the CD from its package and, lo and behold, I saw Ms. Miles proudly wearing a Clash T-shirt.  And then I actually listened to the thing.

Kids, this is not your father’s classical music release.

Fortunately, the pleasant surprises continue as Nálada, beginning with the stark yet aptly titled “Driving,” quickly opens up, allowing Miles’ collaborators to occasionally take the reins while never straying too far from the intent of the record.

As a result, the release feels more like an informal get-together with Soloist as Delegator more so than that Soloist as Dictator balderdash that too often plagues solo projects; droning mandolins, stoic stand-up bass lines and harmonizing vocals color Miles’ violin-playing and add multiple textures (and tracks) that capture the spirit of her favorite band without all that cliched gobbing and safety-pin nonsense.

Since the songs were gleaned from different performances, the listener is assured of an array of instrumentation, and while some might believe the release to be a bit ambitious, what with the multitude of sounds, Miles’ violin does a fantastic job of anchoring the musical theme within the album. Made possible in part by the Joe Strummer Foundation for New Music, Nálada is a different kind of riot, indeed.

In addition to promoting her latest CD, Miles, a self-described professional creative artist, is working on her third book, “Creative Folly: The Illusory Support of Artists by American Arts Organizations and Funders.” For more info, visit lisamilesviolin.com.