The Beat: Beach Boys Breeze Through the 'Burgh

Brian Wilson and the fellas come to town May 11 at the Benedum. 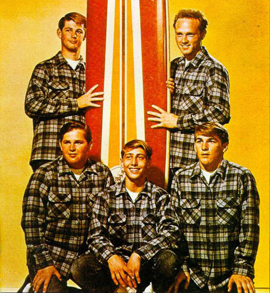 The Beach Boys
May 11
Brian Wilson and the fellas have put their long history of legal issues aside to celebrate the band’s 50th anniversary with a tour, which, luckily for us, includes a stop at the Benedum. Known for hit singles like “Surf’s Up,” “Little Deuce Coupe” and “Good Vibrations” — along with the always-heralded Pet Sounds and almost-but-not-quite-finished (until 2004) Smile sessions — the band’s prolific output, led by Wilson’s groundbreaking recording techniques, has colored pretty much every production of the last 40 years. Check them out before daddy takes the T-bird away.

Marilyn Manson
May 5
Beautiful people, beware: Shock-rocker Marilyn Manson is coming to Stage AE this month along with The Pretty Reckless. After his Portrait of an American Family debut in 1994, Manson spent a better part of the ’9[0s ticking off our nation’s humorless. Manson has continued to release records throughout the aughts — albeit at a slower pace to presumably concentrate on other endeavors, such as acting and creating his own line of absinthe (cleverly called “Mansinthe”). No word on whether or not he’ll serve it at the show.

Pittsburgh Symphony Orchestra’s Paris Festival
May 11 & 13
This weekend marks the end of the Pittsburgh Symphony Orchestra’s Paris Festival, with PSO’s own Manfred Honeck directing Igor Stravinsky’s “Petroushka” and George Gershwin’s highly acclaimed autobiographical nod to his time in the City of Light, “An American in Paris.” Swiss-born Arthur Honegger, a graduate of the Paris Conservatory, will perform a jazz-infused cello concerto during the festivities — and principal cellist Anne Martindale Williams will be present as well. The two pieces will highlight the importance of Paris’ influential jazz scene.

Glen Campbell
May 20
Country-music icon Glen Campbell has lent his voice to numerous songs, most notably “Rhinestone Cowboy” and “Wichita Lineman.”  But did you know that he was a Golden Globe nominee for his turn alongside John Wayne in True Grit (for which Campbell also sang the theme song)? Or how about his session guitar work as a member of the Wrecking Crew and a key component of Phil Spector’s “Wall of Sound”? Long story short:  The guy has covered a lot of ground in his 75 years, releasing 70 albums and playing on such records as The Champs’ classic instrumental “Tequila.”  Oh, and another thing:  He even had his own TV show. In early 2011, Campbell was diagnosed with Alzheimer’s disease, prompting the aptly named “The Goodbye Tour,” for which he is accompanied by a backing band that also includes his three children. Catch Campbell and his progeny at the Byham. 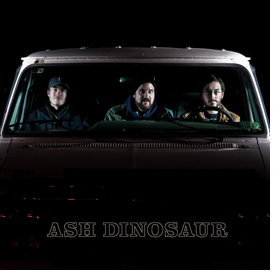 Ash Dinosaur
Ash Dinosaur
Ash Dinosaur ushers in a strong collection of indie-rock tuneage without taking things too seriously, which is exactly the type of tone one would expect with such titles as “Mulberry Hooligans” and “Fish Fry.” None of the songs clock in at more than two minutes (causing me to wonder if there’s a Minutemen influence lurking around somewhere), and considering the countless bands out there that don’t know when to wrap things up, the listener is given more than enough time to embrace the craftsmanship. The guys even have the earnest background-vocal thing going on, which calls to mind percussive Police-man Stewart Copeland’s late-’70s side project Klark Kent.  But the foundation fits comfortably within the ’90s power-trio parameters of cool indifference and well-placed non-sequitors.  In doing so, we’re left with an intuitive feeling that these guys have their hearts on the Silkworm set.  Which is cool. This is an exceptionally cohesive effort of 13 songs that combine brevity with levity. Nice work, gentlemen.

Essential Machine
Lonely Telephone
Although Essential Machine released Lonely Telephone back in February, there is little doubt that the eight songs comprising this latest effort could be enjoyed in a moon-lit backyard in the throes of a mid-summer heat wave.  And while the remains of various grilled foods atop paper plates and napkins would make way for that inevitable (and hopefully, bottomless) barrage of after-dinner mixed drinks, Lonely Telephone would provide the perfect soundtrack for those endless evenings. From opening track “Broken Record,” with its Magnetic Fields-y vibe, to the somber “Pints of Guinness Make You Strong” (which was surely a ploy to tug upon the heartstrings of every self-respecting music scribe) to the quirky and endearing “Half Nelson (Flying Mare Mix)”, the Machine knows how to play to its strengths with rich boy/girl harmonies meshed with mandolins and glockenspiels, reminding one of UK upstarts The Boy Least Likely To. Yes, this is most certainly Gin & Tonic music.