The Beat: All That Jazz 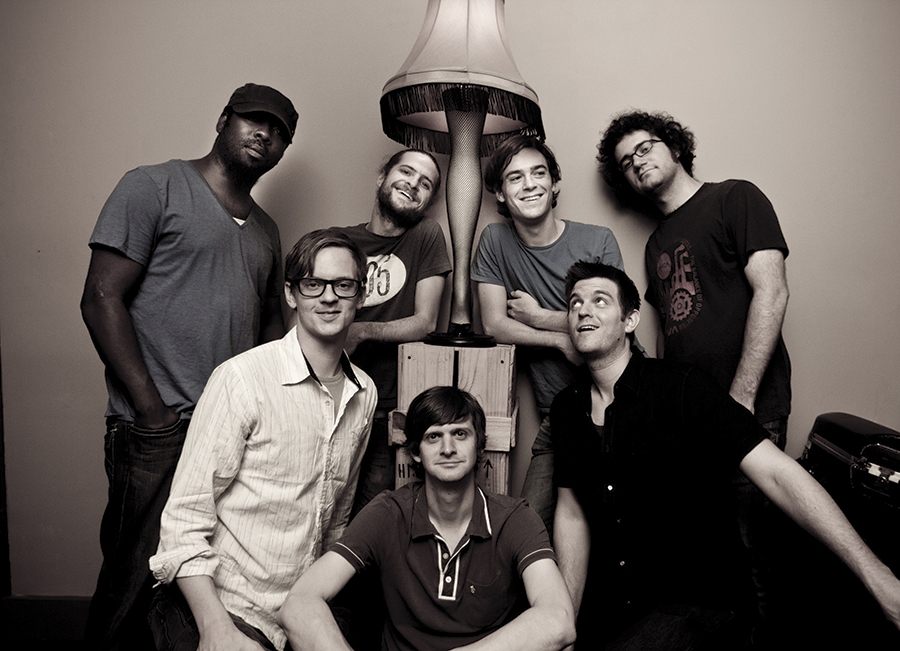 Rex Theatre
March 21
The Grammy Award-winning band Snarky Puppy, a “quasi-collective” from New York City, has developed a following while playing at some of the world’s best venues. Its intense touring schedule and dedication to tackling multiple genres ensure that no one will leave this show disappointed.

Twentieth Century Club Oakland
March 21
According to a Familylinks press release, the organization looks to provide “integrated, family-centered services focused on behavioral, social and developmental issues.” What better way to bring together family than Just Jazz II. The event, whose presenting sponsor is BNY Mellon Jazz, includes performances by headlining singer Lisa Ferraro and legendary saxophonist Houston Person. Bill Hillgrove serves as honorary chairman for the event, which kicks off with Benny Benack III and Elevations.

Altar Bar
March 20
Are your friends electric? If so, then you should bop down to the Strip to check out solo electronic pioneer Gary Numan, who visits later this month. This fall, he released “Splinter (Songs From A Broken Mind),” which is gaining a fair amount of critical acclaim. Long admired by acts such as Nine Inch Nails, Numan, who’s enjoying a renaissance of sorts, also has made several notable collaborations with Battles.

Eide’s Entertainment
March 8
Hugh Twyman has long been a part of the local music scene. Now, he presents HughShows, an installment of local bands rocking out every second Saturday of the month. This month’s lineup includes Chet Vincent & The Big Bend, Cold Weather and Meeting of Important People.

Mr. Small’s Funhouse
March 4
It seems that, of late, everyone is tapping his or her Americana side — even bass-playing rapscallion Les Claypool, who returns to Pittsburgh with buddy Bryan Kehoe. Under the name Duo de Twang, the twosome will be playing songs from their most recent album, “Four Foot Shack.”


“Innuendo: The Italian Way”
Will Simmons & The Upholsterers
Will Simmons and company make ample use of sparse arrangements and subtle lyrics couched in clever metaphor and witty wordplay; there’s a sometimes dicey exchange between artist and muse that in this particular case results in the creation of a highly personalized statement of tumultuous charm. “Innuendo: The Italian Way” resonates as an affable record that shimmers and shakes with intimacy. With a little bit of garage, some surf-rock and a tinge of twee thrown in, each song is graced with the comforting familiarity of a family heirloom. Whether it’s Simmons’ voice on “First: I Tricked the Tiger” or the trombone-laden strains that color “The Silhouette” — along with percussive maestro “Red Bob” Jungkunz tastefully clicking the sticks — the fellas have fashioned some quirky prose for Pittsburgh’s bard of lonesome bedroom pop.

“Undercover Brother”
Mike Tamburo
This six-song release reads like a series of hymnals that hang just above the ears at the intersection where emotion battles intellect for the eternal struggle that is artistic inspiration. Regardless, “Undercover Brother” pulsates with fervent tonal qualities, especially during “Her Underwater Castle,” a near-20-minute incantation of sonorous pronouncements that bounce from station to station like a series of urgent proclamations. “A Brother’s Lament” issues a stark composition in the most heartfelt of terms. These droning dirges, though not of the religious kind, contain a certain spiritual unity that pervades each song while maintaining their own identity within this epic journey.