The Battle of The Hollywood 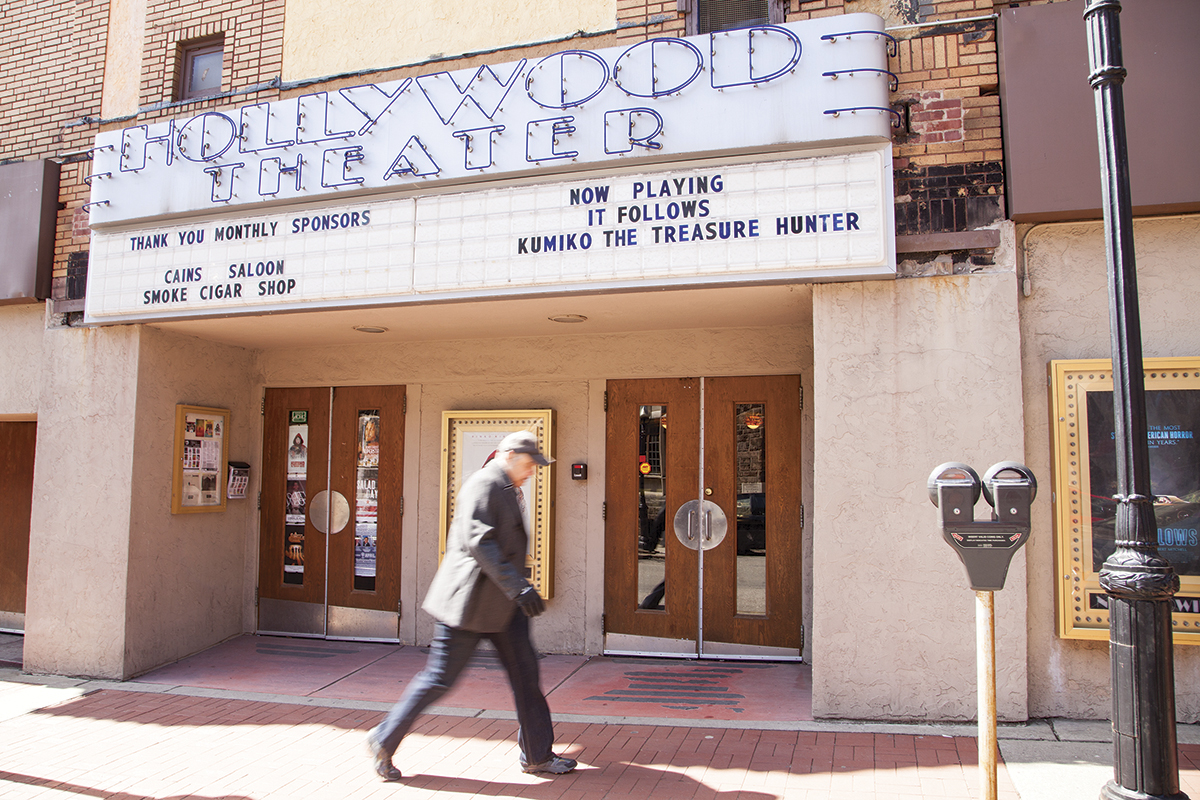 The future of Dormont’s historic Hollywood Theater became a source of bitter — and very public — dispute this week, after news of a pending sale prompted a swift outcry from the theater’s supporters and management.

On Monday, the nonprofit Theatre Historical Society of America (THS) announced it had come to an agreement to purchase the 90-year-old theater from the building’s owners, Oakland-based Kelly-Rielly-Nell-Barna Associates.

Within hours, the Friends of the Hollywood Theater (FOHT) — the nonprofit organization that runs and operates the theater — issued a statement on its Facebook page, alleging that it had been blindsided by the sale after passing on an opportunity to work with THS months earlier.

FOHT board president Susan Mazur says the group was approached by THS Executive Director Richard Fosbrink — who himself briefly sat on the FOHT board — in early 2017 with a plan for the historical society to purchase the building. The response, Mazur said, was clear: “Thanks but no thanks, we’re fine, our community likes the programming that we’re doing,” she says. “It’s programming that wouldn’t happen in Pittsburgh if it weren’t for us.”

“In that meeting, he said to everyone present that he did not want to create animosity,” says Hollywood operations manager Joseph Morrison. “He would need public support, and he would not move forward with the purchase of the building.”

That was the last contact between the groups until the night of Jan. 12, when Fosbrink emailed Mazur requesting a meeting the next day. When they met, Fosbrink revealed he had an agreement in place to purchase the theater.

Fosbrink says that he was led to believe the theater’s survival was imperiled — that a deadline by which the FOHT needed a working plan to purchase the theater had come and gone. “We were under the impression that they were not able to, or [not] going to, purchase the building,” Fosbrink says. “We reached out to [the building owner] because we were aware that they had been given a certain amount of time to buy the building.

The history of the Hollywood’s ownership and management is, to say the least, complex. The nonprofit Bradley Center, a Robinson Township-based social services organization, signed a 10-year lease on the theater in 2006, intending to run it as a sort of training ground for at-risk youth; teens and young adults would learn job skills in a real-world setting. When that program fizzled, the FOHT was formed to operate the theater; until the end of 2016, the FOHT paid rent to the Bradley Center.

When that lease expired, the financial situation became murky. 2017 passed without a lease in place; the FOHT says it made some good-faith rent payments directly to Kelly-Rielly-Nell-Barna and held additional rent money in escrow. The nonprofit reported that 2017 was its most successful year at the box office and that it is in stable financial shape.

“We’ve been discussing mounting a capital campaign” to purchase the building, Morrison says. “We were ready to put all that into place when we had an established asking price [from Kelly-Rielly-Nell-Barna], which we’ve been asking for.” Morrison says that the organization had repeatedly asked the firm for a solid asking price — but never received one.

Brian Kelly of Kelly-Rielly-Nell-Barna says his firm hoped the Hollywood could remain a theater, and THS had a solid plan in place to make that a reality. Kelly says the FOHT “had been trying to operate it and buy it for many years and they weren’t able to come up with the funds to follow through.”

Fosbrink and Kelly have repeatedly asserted that, if not for the THS sale, the future of the Hollywood as a movie theater was very much in question. “If these guys didn’t come, there were a variety of options,” Kelly says, “but this was the best option. We felt that it was a good fit. Rick came to us with a game plan and showed us how they would succeed if we sold it to them.”

Rather than being hailed as saviors by the Hollywood’s followers, however, THS has been blasted for what is seen as an unwanted takeover. Social-media accounts for the Hollywood have been soaked with support and calls to action; accounts for THS have been inundated with attacks, as well as pleas to abandon the plan. The FOHT hosted a public meeting Wednesday night, with “well over 100 people” in attendance, Morrison says. “The public support for what the theater has done over the years was tremendous.”

Much of the contention surrounds programming at the theater, which has become known for genres otherwise unserved by Pittsburgh screens; while the theater does show some Hollywood offerings (recent weeks included showings of “Darkest Hour” and “The Disaster Artist,”) it has specialized in horror, Japanese animation, documentaries and repertory screenings of cult classics — programming that supporters fear would disappear under THS.

“We want to keep all of the things going that work,” Fosbrink says. “If they’re getting an audience that is making them successful, nobody wants to abandon those things.”

During Fosbrink’s time on the board, however, Mazur says that he pushed for more focus on mainstream fare — programming which, FOHT contends, isn’t viable. “It’s not sustainable as a second-run theater,” she says. “Those don’t work in Pittsburgh.”

She casts Fosbrink’s departure from the board as a result of the FOHT’s unwillingness to fundamentally change its approach. (Fosbrink disputes this; he says he left because he “didn’t see that things were progressing.”)

THS’s intention, Fosbrink says, is to continue operating the Hollywood as a working theater that will also serve as the organization’s offices and headquarters. The group moved from Chicago to Pittsburgh — a shift that prompted a similar outcry, according to the Chicago Reader — in late 2016; its substantial archives and collection are stored at the Sen. John Heinz History Center.

A vibrantly restored Hollywood Theater would make for a beautiful home for the organization, Fosbrink says; he is adamant that his intention was to maintain the aspects of the Hollywood’s calendar that were popular and successful while supplementing them with more mainstream programming. “We need to be able to balance the programming … to pay the bills and keep the building open,” he says.

Yet the FOHT says it was able to do that with existing programming.

As of Thursday, both sides expressed a willingness to meet and discuss possible outcomes.

“I think that we are hoping to meet with THS in the future to talk about what involvement could look like,” Morrison says.

“I’m still happy to sit down and talk to them,” Fosbrink says.

“I’d say all options are on the table,” Morrison adds. But, he insists, “we stand by our statement that we are interested in seeing the programming continue exactly as it is now.”

The sale is not yet final, however, and the THS board will factor heavily in the range of possible outcomes; if the tide of public sentiment combined with the substantial costs involved (FOHT freely acknowledges that the theater is in need of extensive repair) makes it appear that buying the Hollywood is no longer a wise path, the potential sale could be nixed. (Both THS and Kelly-Rielly-Nell-Barna would have to agree to nullify a signed sales agreement in order for THS to walk away, however.)

In the meantime, scheduled programming at the Hollywood will continue as planned, exhibiting the theater’s traditionally wide range of selections — a festival of John Carpenter films, a Sunday-brunch showing of “His Girl Friday,” the traditional midnight madness of “The Rocky Horror Picture Show” and more. This weekend, the Hollywood is planning to show the off-kilter Nicolas Cage horror flick “Mom and Dad." It’s part of the theater’s commitment to independent distributors, Mazur says.

“We play things that wouldn’t come to Pittsburgh normally,” she explains. “They want to get their movies in front of people that wouldn’t see them otherwise.

“That’s part of the magic of what makes the Hollywood so special.”