The Battle for Soccer in Pittsburgh

What does a bankruptcy filing mean for the future of the Pittsburgh Riverhounds? 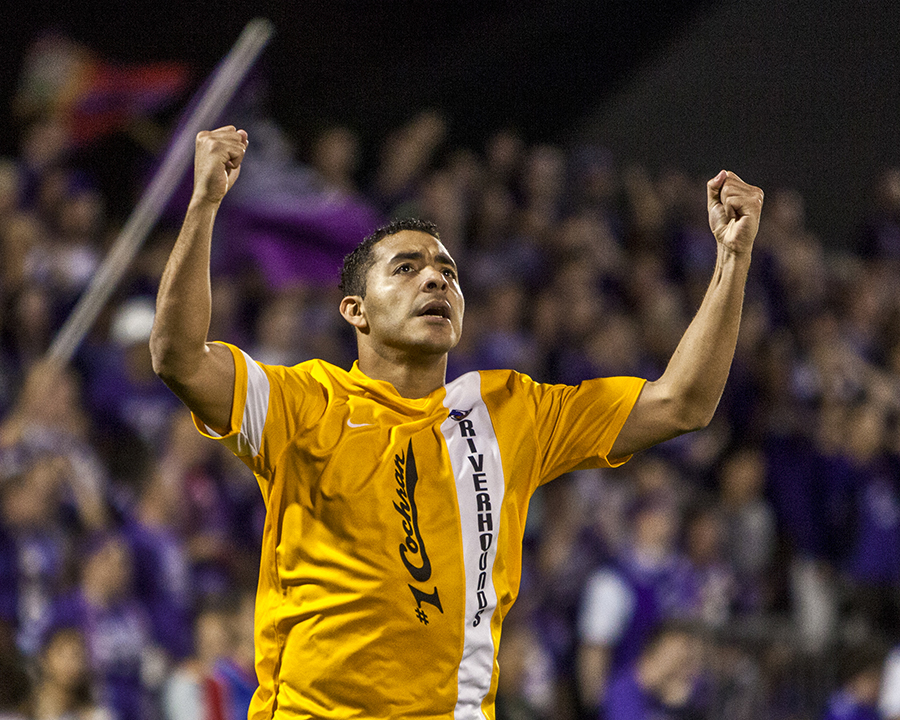 In 2013, the Pittsburgh Riverhounds thrilled fans with an unexpected playoff berth, a new home at Highmark Stadium, record-setting totals and an MVP performance.

The campaign started slowly, with the ’Hounds recording only two wins in their first 10 games. But the club was able to bounce back and earn a spot in the United Soccer Leagues Pro playoffs. Despite a first-round exit at the hands of the Orlando City Soccer Club, the Riverhounds ended the year with two players setting USL Pro single-season records: Matthew Dallman for assists (12) and José Angulo for goals (15). Angulo also was awarded the USL Pro MVP award.

As they prepared to open their 2014 season, however, the Riverhounds made headlines — and not for hard-earned rewards or new signings. Two days before its season-opening rematch against USL Pro champions Orlando City, the team filed for Chapter 11 protection in bankruptcy court; the organization says it no longer is able to cover operating costs while paying debts accrued during construction of Highmark Stadium, the team’s 3,500-seat home. Team officials say the Riverhounds intend to play an uninterrupted schedule this year and will make no changes to the successful Riverhounds Academy for local youth. The ’Hounds’ new partnership with the Houston Dynamo of Major League Soccer also is continuing as planned.

A deal with a big-league club is a sign of strength — and potential growth — that runs counter to the uncertainty prompted by a bankruptcy filing. The MLS is the first tier of professional U.S. soccer, and USL Pro is the third; the North American Soccer League sits between. These lower levels don’t function as they do in professional baseball or hockey in that NASL and USL Pro teams don’t act as farm teams for MLS clubs. At the start of the 2013 season, though, the MLS entered into an agreement with USL Pro that changed things; MLS clubs now are able to send players to an affiliate club in USL Pro. While Pittsburgh did not take part in the program last year, the team opted to partner with Houston for 2014.

“[In 2013], we decided to kind of step back and focus our efforts on doing everything for Highmark Stadium and growing the club internally the way we felt it needed to grow,” says Riverhounds player-turned-CEO Jason Kutney. “We watched the relationship between MLS and USL, and what we saw was a clear advantage for having MLS-caliber players on loan to USL clubs.”

For fans, it’s an exciting opportunity to watch future MLS stars play at Highmark Stadium. Kutney is quick to point out the business advantages that this new partnership affords the club.

“There’s certainly the addition of players on loan that you don’t have to put on your own payroll,” he says. “We may otherwise not get those types of guys. It [also] offers a great platform for these players to develop.

“What I like about it is that Major League Soccer looks at our league and says, ‘This is the best opportunity for developing young professional players in the country.’”

Three players from the Dynamo started their seasons with the Pittsburgh Riverhounds: American midfielder Bryan Salazar, 19, a product of the Dynamo’s own academy; forward Jason Johnson, 23, who has experience playing for the Jamaican national team; and American defender Anthony Arena, 23, a former Wake Forest standout.

In the Riverhounds’ opening-game draw March 29 against Orlando City, that trio suited up alongside a pair of highly touted offseason acquisitions. New Riverhounds Anthony Obodai, a Ghanaian midfielder, and Joseph Ngwenya, a striker from Zimbabwe, are coming off seasons with other USL Pro clubs. Both have experience playing in high-profile matches — Obodai received playing time with Dutch club Ajax and Ngwenya had a stint with German club Bayern Munich. Both have played for their respective national teams.

“Joseph Ngwenya is a top player, [and] last year we thought very highly of Anthony [Obodai] when he was playing for Phoenix,” says Kutney. “These are guys [who] bring a world-class mentality . . . that’s something that these guys contribute well beyond what their skill set will allow us to see on the field.”

“We were able to secure some higher-profile players for this year’s team,” says Head Coach Justin Evans. “What we looked to do in the offseason was keep the core together — a good core of guys that we had that helped us succeed last year and make the playoffs. Then [we wanted to] add a couple pieces that we think will help us along the way . . . I think we’ve done that.” 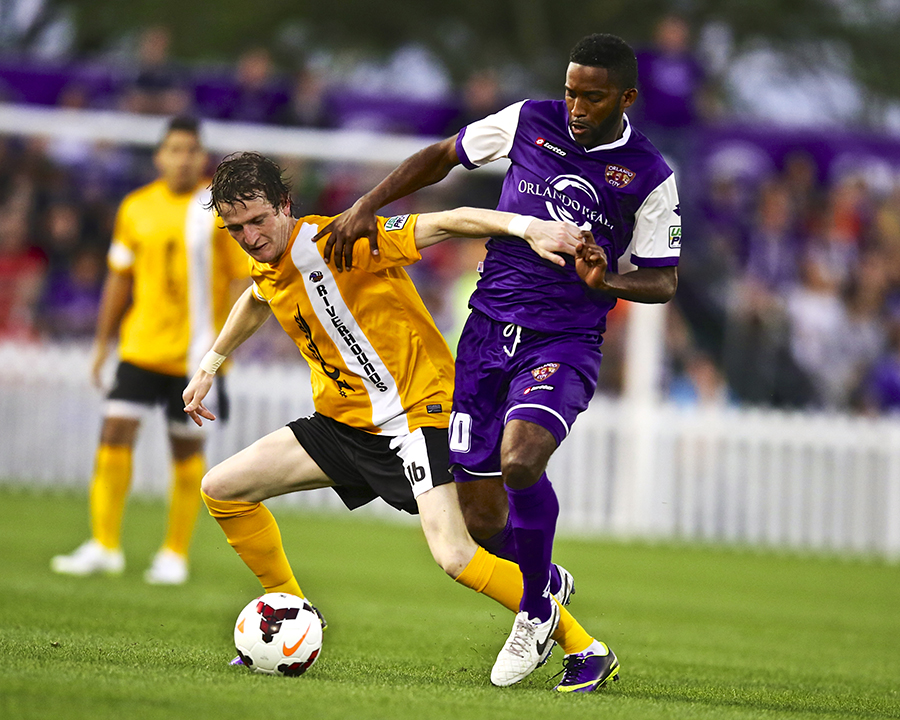 So the 2014 Riverhounds will field players with world-class soccer experience. Though the completion of the club’s new home has put the Riverhounds in debt, the long-term vision is clear.

“We want, within 10 years, to be on the radar of Major League Soccer,” says Kutney. “[They’ve] done a very good job of expanding their league in an intelligent way, so what our [goal is] really is to expand the seating capacity of Highmark Stadium to the fullest extent possible. Our goal is, coming out of 2014, to be warranted to expand [the stadium] in 2015 based on ticket sales.”

In the evolving world of American soccer, ticket sales are a quick way of measuring the market size for a growing club; last September’s USL Pro Championship match drew a league-record crowd of 20,886 to Orlando City’s home stadium, the Florida Citrus Bowl — and in November, the MLS announced Orlando City as an expansion franchise for 2015.

Healthy sales this season could give the Riverhounds the green light to add seating, if financial stability returns. Highmark Stadium’s standing-room section can bring the facility’s peak attendance to 4,000, and a handful of Riverhounds matches hit that number in 2013. If the club wants to continue its long-term plan, it’s not just angling for a USL Pro championship — it must sell tickets.

Although four teams joined the USL Pro for 2014, three teams left during the offseason. The league’s partnership with the MLS is a step in the direction of growth. Now the Pittsburgh Riverhounds have to follow that example. It is possible to flourish in the third tier of American soccer, as Orlando City demonstrated; the Riverhounds may have filed for bankruptcy, but they’ve also made plans to grow as a competitive team. The game itself will provide excitement in 2014. It’ll be determined off the field if local soccer fans can continue to bond with the team after that.

This article appears in the May 2014 issue of Pittsburgh Magazine.
Categories: Sports