The Annual Pittsburgh Pierogi Festival Returns to Kennywood This Fall

More than two dozen vendors will offer a wide range of pierogi-inspired dishes and merch. 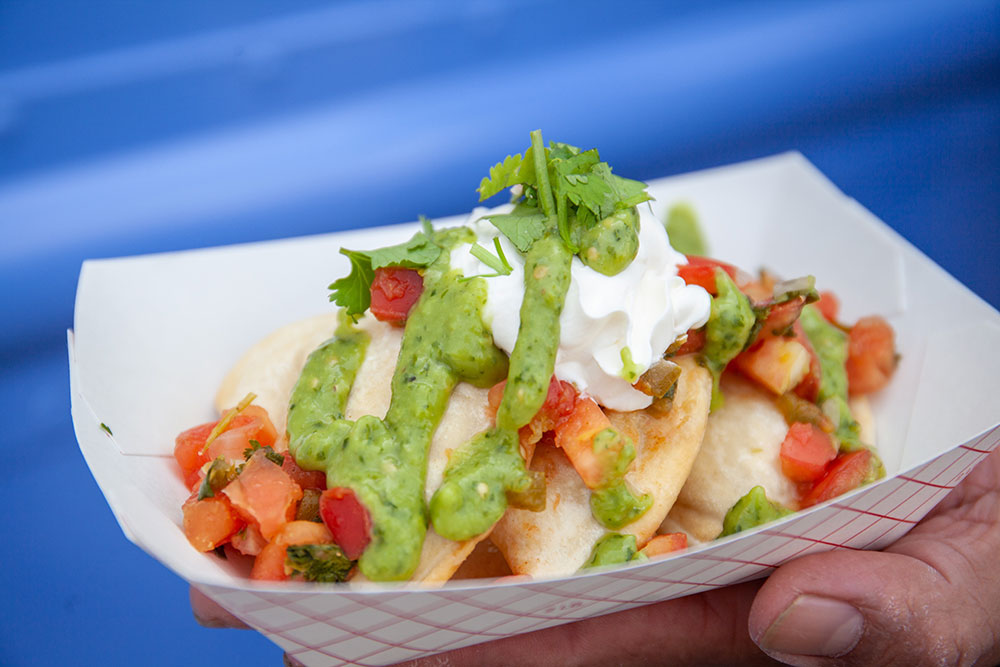 The Pittsburgh Pierogi Festival will be held from 4:30 to 9 p.m. on Sept. 9, featuring more than two dozen restaurants, chefs and pierogi purveyors from across the region and beyond. From classic potato dumplings to dessert pierogies and more, it offers a wide range of tasty tidbits inspired by the beloved Polish dish.

This year marks the first time the event has been held on a Friday; in years past, it has been held on Sundays. This year’s festival is a bit earlier in September than it has been in previous years, too, to accommodate some of the other events happening at Kennywood this fall. (Specifically, the Pierogi Festival will take place earlier in September so as to not interfere with the park’s Phantom Fall Fest, which also begins earlier this season on Sept. 23.)

The official vendor list is still being finalized, but guests can expect to see Pittsburgh Smokehouse in attendance, which will return with its Smokey ‘Rogi. Gosia’s Pierogies, which won last year’s People’s Choice Award for its classic fare, will be represented at this year’s fest, too.

Las Chicas, The Pierogi Lady and the Detroit-based Pietryzak Pierogi will also be part of the festivities, and Michele’s Mobile Meals has plans to unveil a “Pittsburgh cup” dish featuring a handmade potato-cheddar pierogi topped with kielbasa, sauteed cabbage and cheese. Love Rocks Cafe and Scratch & Co. will be there, too.

Some classic Kennywood rides will be open for guests, too, along with a special pop-up “Pierogi Marketplace” where attendees can shop pierogi T-shirts and clothing, jewelry, pottery, festival keepsakes and Pittsburgh memorabilia.

The festival was first held in 2013 at the South Shore Riverfront Park, and this year will mark its fifth at Kennywood. Its popularity has ballooned in the near-decade since its inception, and its size has, too; the 2019 festival — the last event before the pandemic — saw more than 5,000 guests.

Organizers expect the crowd could be even larger this year, as long as the COVID case counts stay low.

All tickets include access to the festival; free parking; access to classic Kennywood rides like the Merry-Go-Round, Thunderbolt, Jack Rabbit, Racer, Turtle, Noah’s Ark and the returning Kangaroo; entry into various giveaways and access to live entertainment and family-friendly activities. Food, beverages and games are not included in the ticket price.

Senior, veteran and group discounts are available, and anyone interested is encouraged to email pghpierogifest@gmail.com for more information.