The Andy Warhol Bridge Has Been Yarn Bombed

Hundreds of artists and volunteers turned out to knit the Seventh Street Bridge a beautiful sweater. 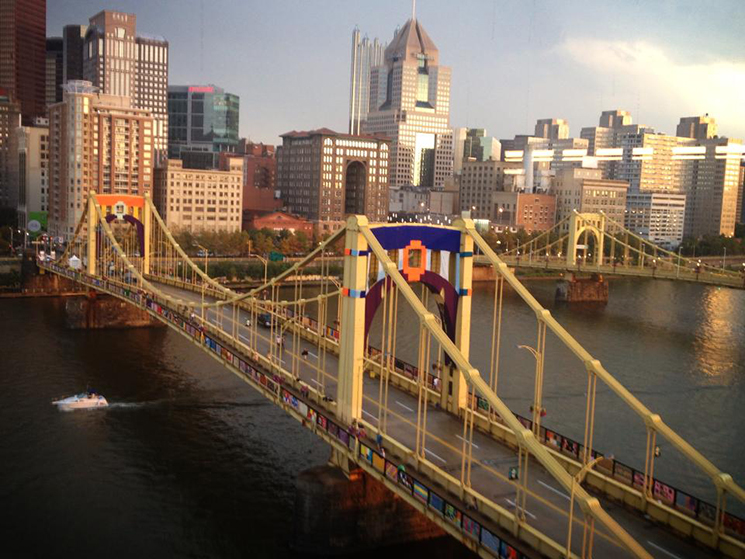 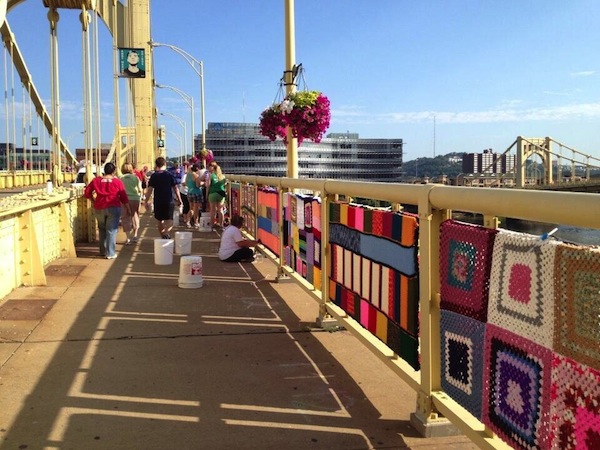 The collaborative art project, dubbed “yarn bombing,” was organized by the grassroots organization Knit the Bridge. Though hundreds of Pittsburgh artists, stitchers, crocheters, riggers and cheerleaders showed up this weekend to put in the elbow grease, the project was an international labor of love, with knitted panels arriving from as far away as Europe and South America. 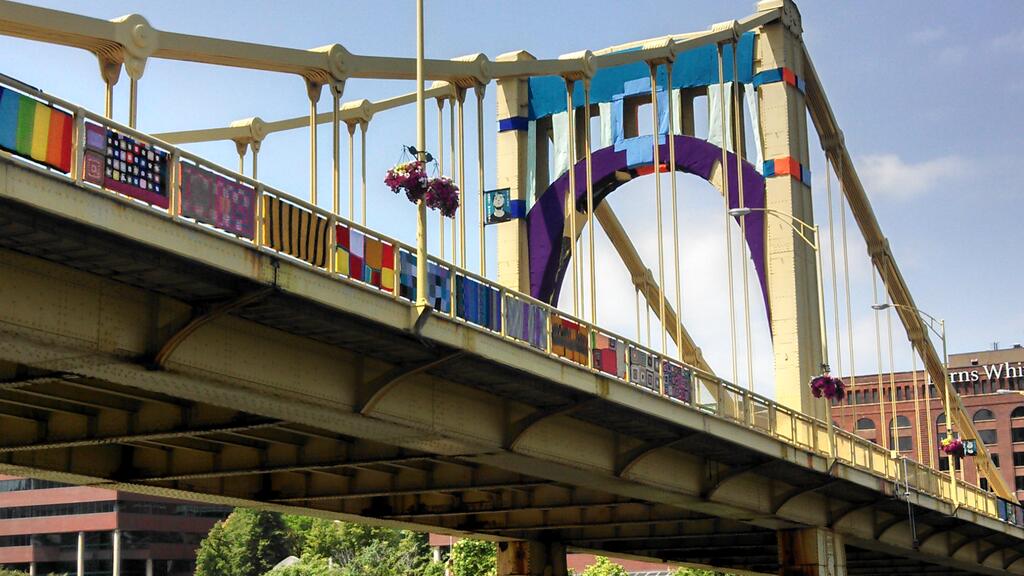 After 600-plus blankets were hoisted, the last railing was completed on Sunday at 9 p.m., just in time for the bridge to be reopened for gobsmacked commuters today. (Remember: Do not Instagram while you drive!) 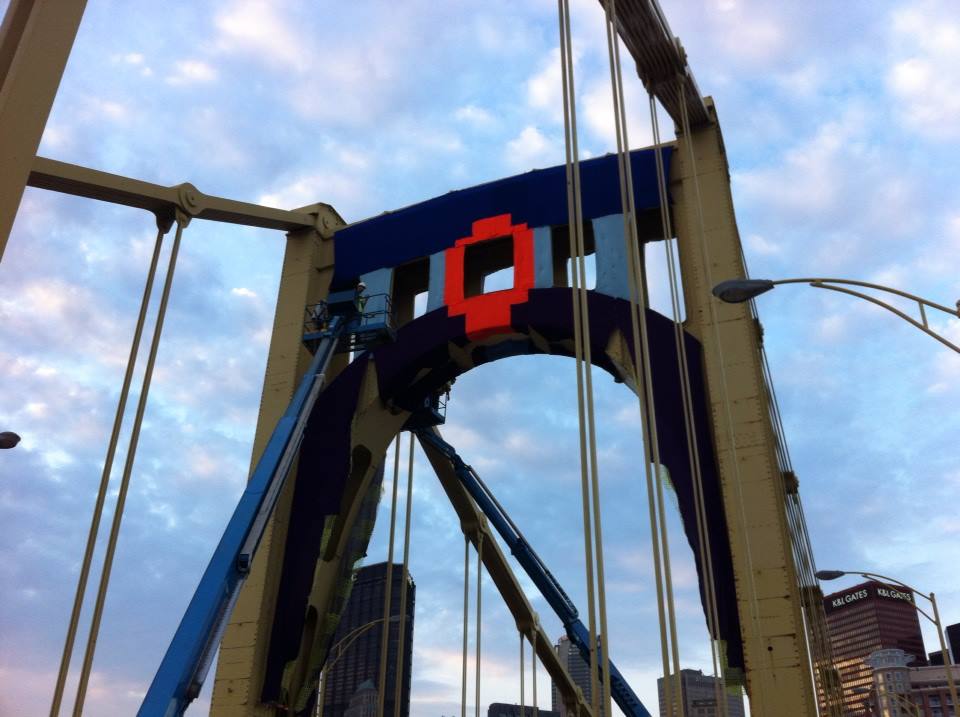 When the “sweater” is removed Sept. 6, the knitted blankets will be cleaned and donated to area homeless shelters, nursing homes and animal shelters. Warhol, a noted animal lover, would’ve appreciated the last part. 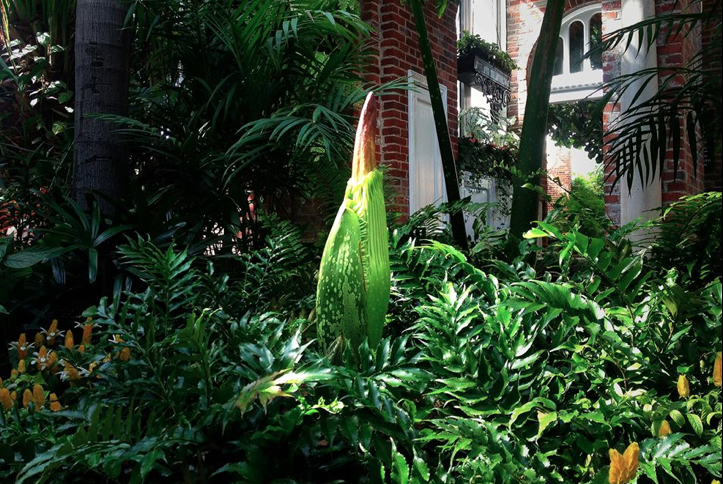 Usually, late-August humidity makes Pittsburgh feel like death. Now, thanks to a rare flower at Phipps Conservatory and Botanical Gardens, it will smell like it, too. In 2010, Phipps bought one of the largest and most unusual flowers in the world — the Titan Arum, nicknamed the “corpse flower.”

What’s with the name? Funny story: When the flower blooms, as it’s set to do at Phipps later this month, it smells like rotting flesh.

Phipps even named its Titan Arum after a local horror legend. “Romero” will bloom for only 24 to 48 hours before collapsing in on itself and rotting Dawn of the Dead-style, so be sure to follow Phipps on Twitter for the latest updates.