Athletes from local universities partnered with the cruise line American Queen Voyages to raise awareness of maritime jobs — and a notable new itinerary. 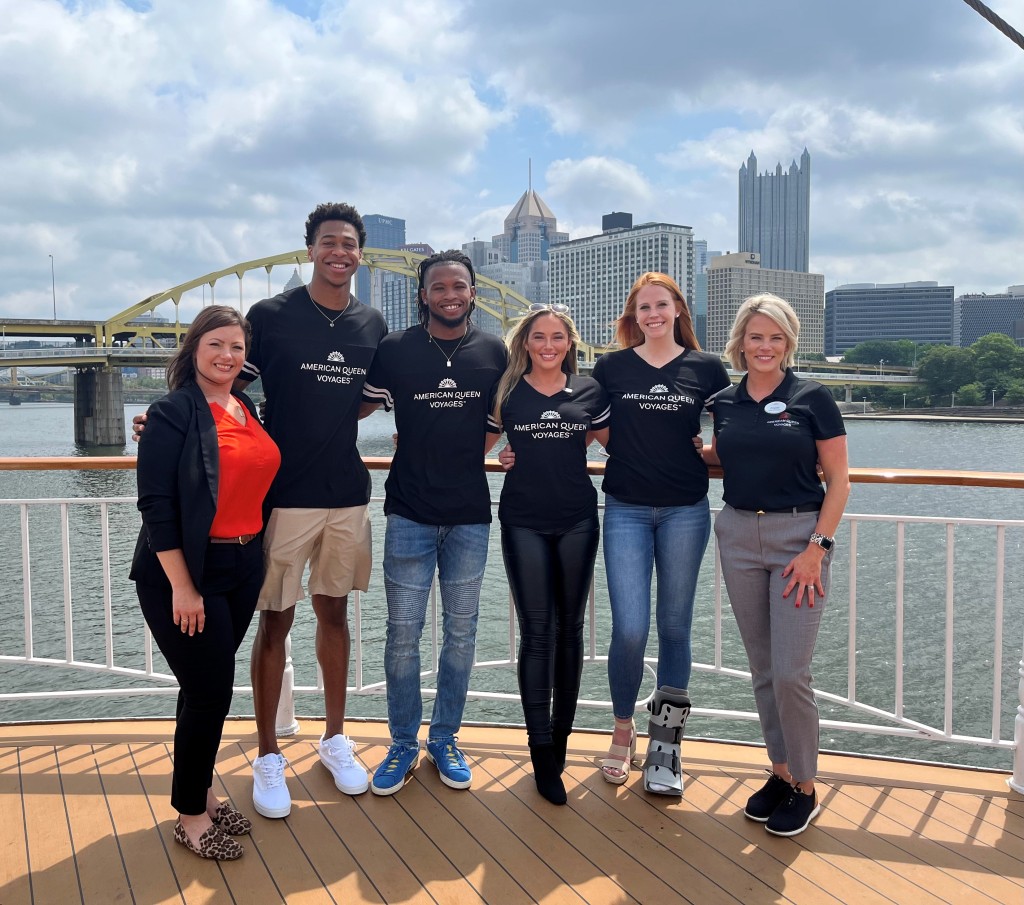 This boat is a good bit larger than even the biggest ship in Pittsburgh’s Gateway Clipper fleet.

The American Queen is the largest steamboat ever built at 418 feet, and it made a stop in Pittsburgh earlier this week. While docked along the North Shore, American Queen Voyages announced a new itinerary for 2023 — one that includes a 23-day journey from Pittsburgh to Minneapolis. (Or from Minneapolis to Pittsburgh. Both are available options.)

The 1,772-mile route allows passengers to explore the Ohio and Mississippi rivers and the history of the cities and towns they pass through.

“Follow Mark Twains’ adventure to Hannibal, then venture to Louisville, the very birthplace of bourbon. Find adventure in the sights of the river and the smells of Cajun cooking as Henderson approaches. Walk the iconic Field of Dreams stadium in Dubuque and travel back in time at the Trail of Tears State Park in Cape Girardeau,” reads the trip description on American Queen Voyages’ website. 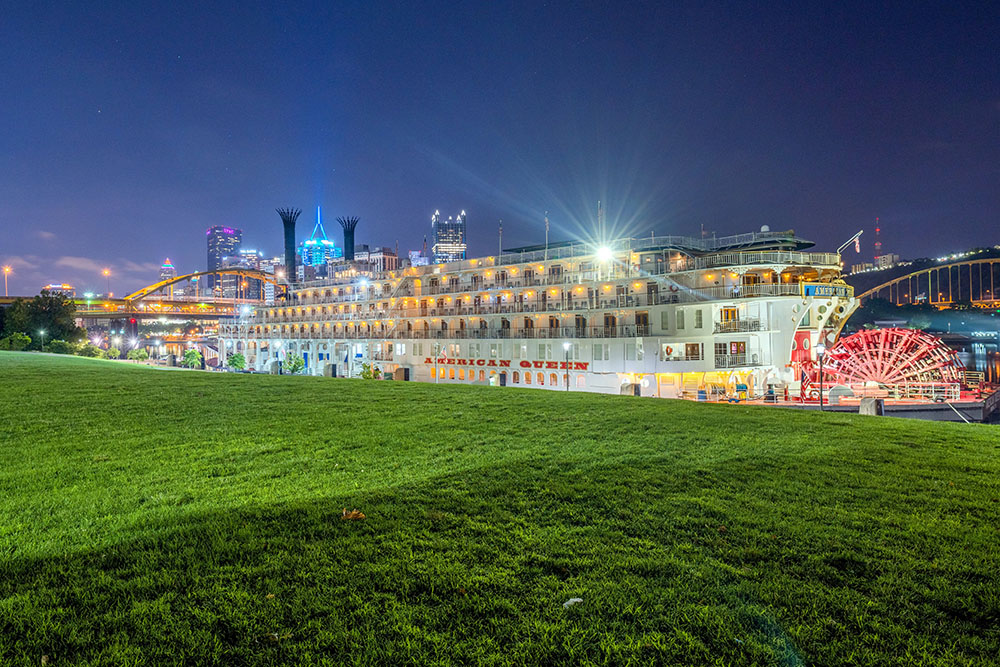 PHOTO BY DAVE DICELLO | THE AMERICAN QUEEN DOCKED IN PITTSBURGH

To celebrate the announcement of its newest tour series, the cruise line has also partnered with student athletes to welcome the boat and raise awareness about jobs on the world’s largest paddlewheeler.

“Pittsburgh has such a rich riverboat and sports history, so announcing the Grand Ohio & Upper Mississippi Rivers with the city’s talented student-athletes and American Queen in the shadow of Acrisure Stadium (formerly Heinz Field) was a perfect fit,” said Isis Ruiz, chief commercial officer of American Queen Voyages, in a press release.

The athletes headlined a Name, Image and Likeness (NIL) campaign raising awareness of the massive ship’s Pittsburgh sailings and the various hospitality and maritime jobs available on the river. They created content and met with many of the crew to learn about onboard occupations including captain, housekeeper, deckhand, entertainer and purser.

“Utilizing this NIL partnership has been a unique way to recruit ourselves, while also showcasing our incredible onboard team. I know these talented student athletes gained some new fans for the upcoming season,” said Christina Hobbs, vice president, human resources of American Queen Voyages, in a press release.

Some excursion highlights of the Grand Ohio & Upper Mississippi Rivers itinerary include the “Field of Dreams” experience in Dubuque, Iowa, during which passengers visit the baseball field featured in the 1989 film “Field of Dreams”; a trip to the National Quilt Museum in Paducah Kentucky, where guests can check out 600 pieces of art highlighting modern quilts; and a trip to Missouri where folks can venture through St. Louis for a chance to look at the Old Courthouse — one of the best examples of mid-19th century federal architecture.