The 7 Tastiest Bites of the 2015 Best Restaurants Party

From an ancient pasta to a deconstructed dessert, this year's event offered an array of enticing choices. 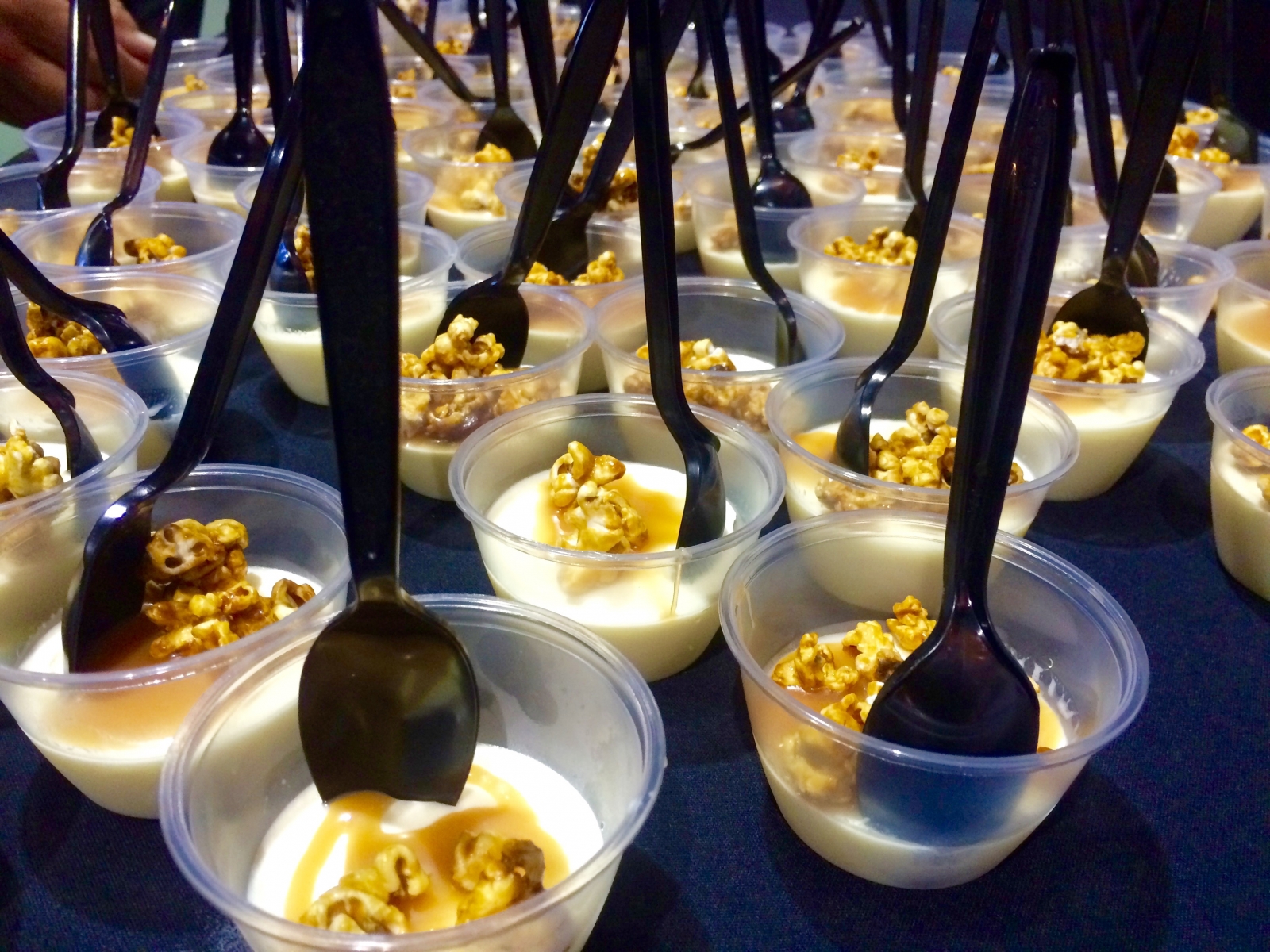 If you love food, restaurants and fun and never have been to a Pittsburgh Magazine Best Restaurants Party, check out what you have been missing here and here. Now, put a tickler in your calendar to watch out for the announcement in 2016.

There were some marked absences in this year’s #BRPARTY, restaurants that shuttered their doors such as notion. But there were a lot of new participants as well, including Curtis Gamble’s Station, which will open in Bloomfield.

Seems like at this year’s event — held on Monday on two floors of Heinz Field —desserts were everywhere! Sweets are the way to everyone’s hearts, after all. My only wish? More restaurants that take more inventive approaches to what’s in season — less meat, folks. Nature is offering us a bounty (and where we are, we only have a few months where we can enjoy so much local goodness), so let’s make the most of it!

Here are some of my favorite plates at this year’s Best Restaurants Party, which year after year proves to be the foodie event that cannot be missed.

Best of the Best: 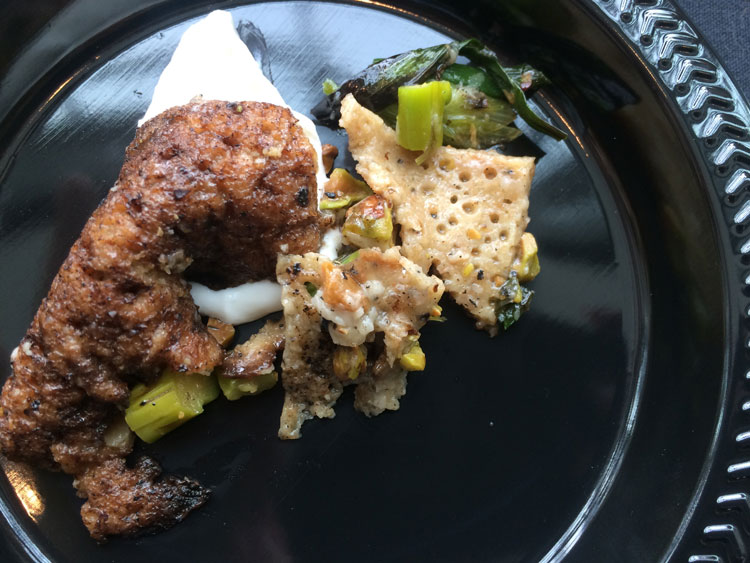 Yesterday, my pasta IQ went up 20 points. At the Stagioni table, I saw a mound of crepe-like pancakes, with a texture that is a little bit reminiscent of Ethiopian injera. It was testaroli, an ancient pasta made from an egg-free dough — just flour and water — and cooked like a crepe. Cut up, to me, it almost resembles tripe. It traditionally is served with pesto, but Stagioni made a version perfect for spring (basil is not quite lush yet, locally).

I always can depend on Executive Chef/Co-owner Stephen Felder to serve something new — “new” not in any gratuitous sense but in such an understated way that in the end you just shake your head at how something so simple could be so pleasurable.

Case in point is this recipe for charred green chickpeas I featured a few weeks ago — it was inspired by what he served at another food event last year. After one bite, I was wondering, “Where have you been all my life?”

This testaroli dish is no less so. I loved this dish — an ancient tradition new to most everyone at the event. What a lovely bite.

Most Beautiful Thing to Eat: 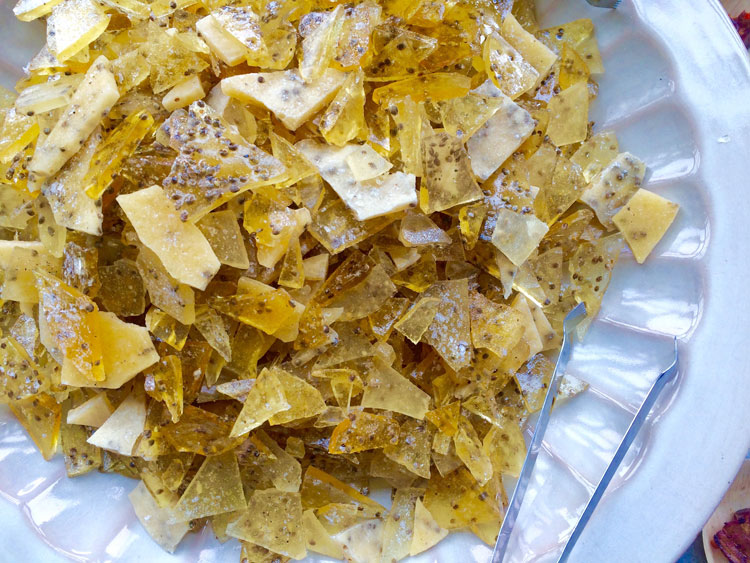 What happens when you crystallize rays of beautiful sunshine? Vivo’s Hempseed Brittle. The mound of golden hempseed brittle on Vivo’s table was a like a plate of glowing treasure. Flecked with toasted hempseeds, the golden brittle almost was too beautiful to eat. Almost. 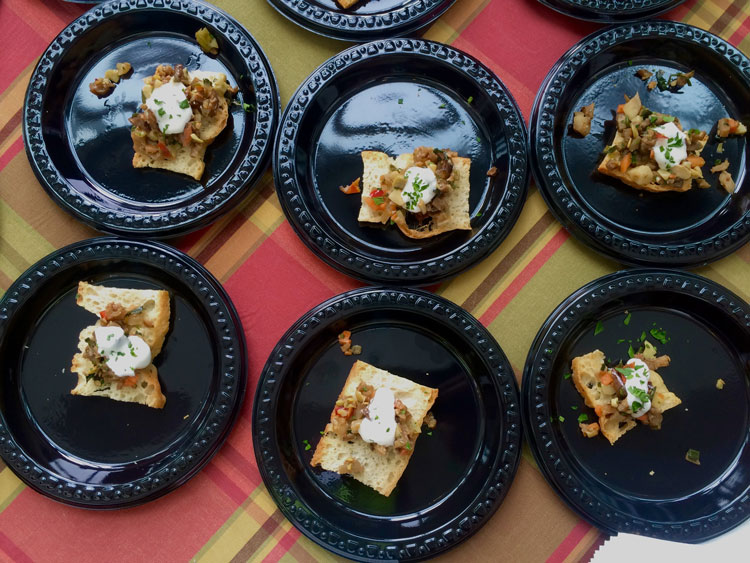 Raise your hands if you are trying to find ways to use eggplant that is not breaded and fried! Yep.

This little hors d’oeuvres winner from Mezzo greeted me as I entered the second-floor atrium, and it was fantastic. A perfect crudité with pickled eggplant, with just the perfect hint of whipped ricotta to round out the tartness. I need to learn how to make this. Eggplant season is coming soon! 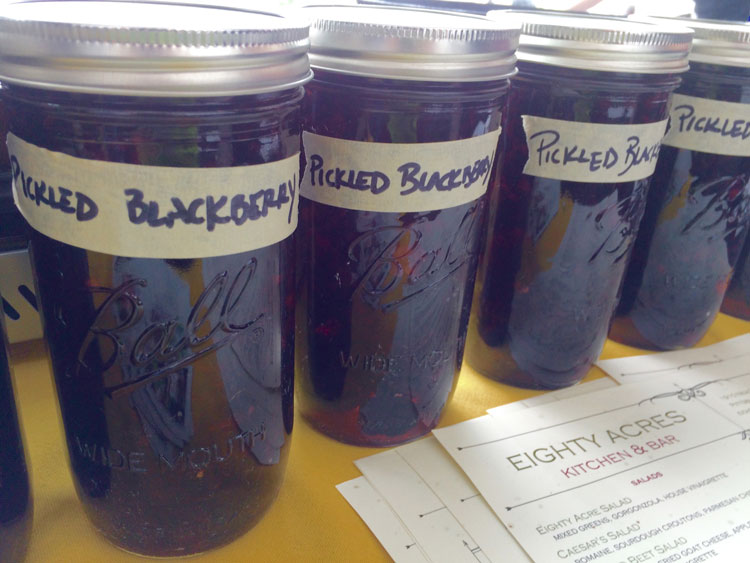 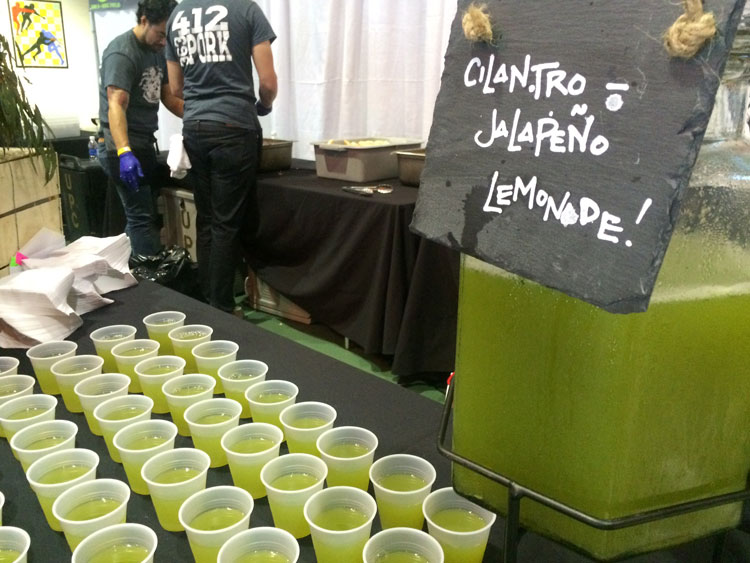 I was so full from making the rounds on the second level that I almost forgot there was a first level. So glad I made it because I would have missed this refreshing lemonade from Union Pig & Chicken.

We all love lemonade. This is lemonade for grow-ups. Not too sweet, a little herbal and ends with a nice hit of hot.

Summer drink staple. I sure am going to find out how to make it.

Did I mention that it was dessert land? There were so many great little bites of sweets, but three of them truly were outstanding! 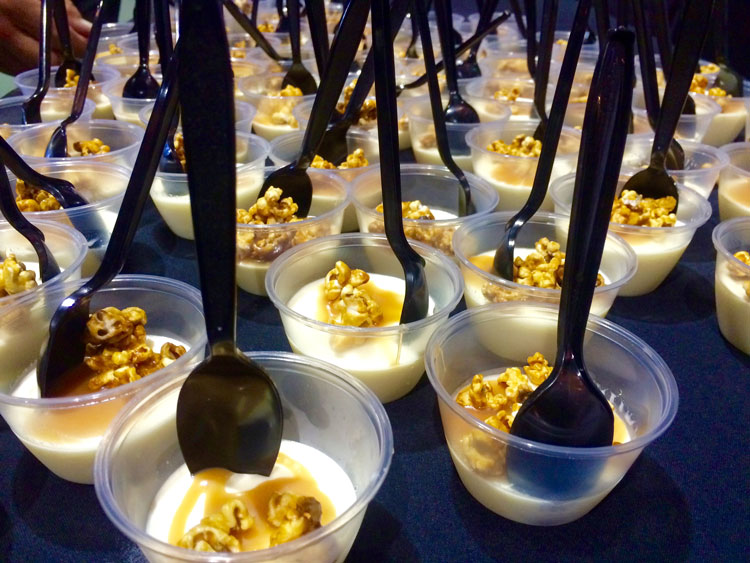 Popcorn panna cotta
The second reason why I was happy I was able to make my way down to the first level? The yet-to-open restaurant from Curtis Gamble was, er, Station-ed there. And he had the best panna cotta I have had in a very long time. First of all, the texture was perfection. Second, he flavored the base with soaked popcorn (which is much like the deliciousness that is left at the end of your cereal bowl but with popcorn). Then he topped that velvety goodness with some salted caramel and popcorn. Heaven. OMG. 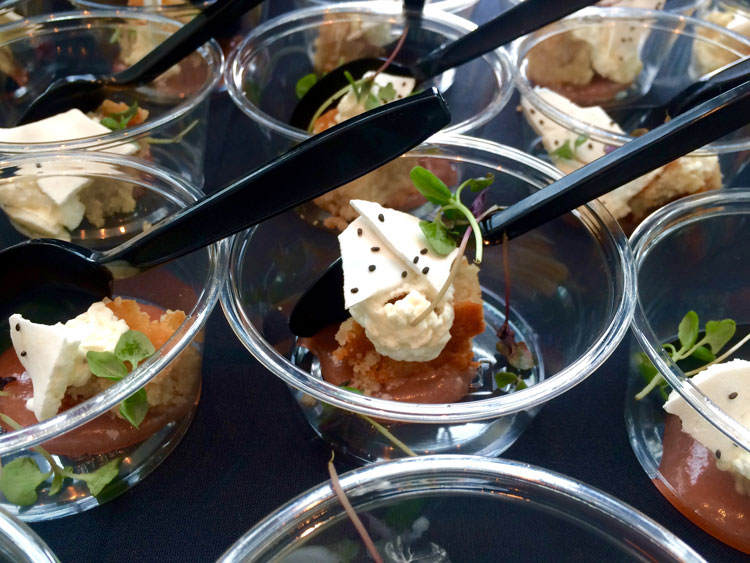 How beautiful is this bowl? And it tasted just as good as you imagine it would — the almond-flavored cake with balanced by a tangy rhubarb purée, the crunch of meringue and a touch of violet-scented Chantilly. For me, it was such a great representation of how Salt has evolved — thoughtful but not fussy with dishes that layer flavors and textures in a very accessible way. 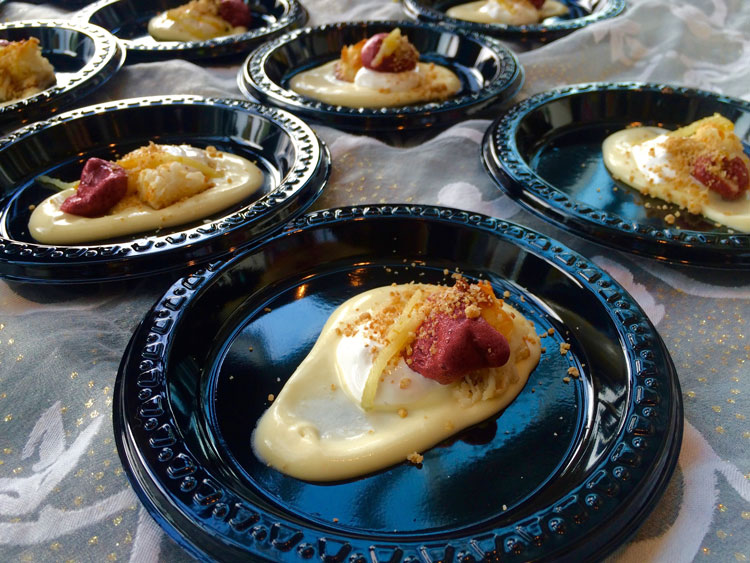 I love it when I see the word “deconstructed” on menus. It’s right up there with “rustic,” and I always joke that they are terms of last resort when you don’t want to be precious about something — like making the perfect brunoise cuts. While Nine on Nine’s dish made me smile, it made me smile even bigger after I took a bite. The macaroons, the berry purée, the key-lime cream, the candied peel — topped with a crumble, this dish proved that a whole is more than the sum of its parts. I went back more times than I would care to divulge.