The 10 Most Important Concerts in Pittsburgh History

We went one on one with legendary promoter Rich Engler to get the scoop on which shows have stood out over time. 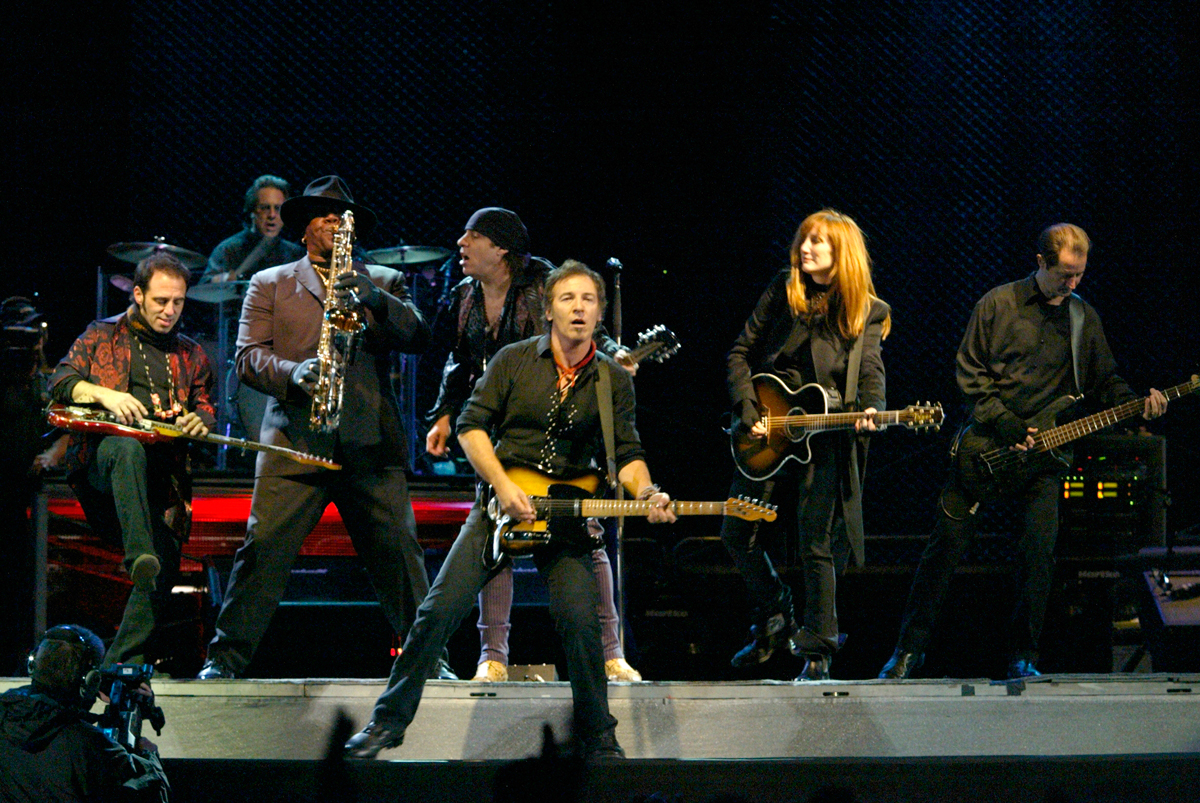 Among enviable Pittsburgh lives, few sound as fun as that of Rich Engler. The former co-owner of DiCesare-Engler Productions booked globetrotting acts for Pittsburgh gigs starting in the 1960s, welcoming a complete list of the greatest performers ever to the Steel City. His book, “Behind the Stage Door: A Promoter’s Life Behind the Scenes,” available on Amazon, shares the best behind-the-curtain stories from Engler’s career, in many cases for the first time.

Here at PM, we’re fascinated with local concerts that have passed into legend, from John Philip Sousa to Liberace. So we asked Engler to answer a big question: What are the 10 most important concerts in Pittsburgh history?

10. The Clash at the Stanley Theater, Aug. 18, 1982
While much of the early history of punk sent underground artists to small venues for Pittsburgh appearances, The Clash was more than a big enough draw to fill the Stanley Theater (now the Benedum Center) in 1982. Engler remembers military-style netting stretching across the stage, but more clearly recalls conversations with the Clash’s late frontman; “I had a chance to talk to Joe Strummer for a good while.” One tune in the setlist that night, “Clampdown,” would be performed across town more than 30 years later when Bruce Springsteen and the E Street Band covered it at Consol Energy Center.

9. The Rolling Stones at Three Rivers Stadium, Sept. 6, 1989
The Stones hadn’t toured in seven years before heading out for the massive “Steel Wheels” tour. After two nights apiece in Philadelphia and Toronto, the Stones arrived in Pittsburgh just two days removed from the release of a Time magazine cover story. “They signed the cover for me, which I have proudly displayed,” Engler says. The yearlong tour would be the last for bassist Bill Wyman, but it is more frequently remembered for over-the-top set pieces such as a set of gigantic, inflatable “Honky Tonk Women.” “These were like Macy’s Thanksgiving Day parade [floats] . . . these things had to be three stories high!”

8. Elton John and Billy Joel at Three Rivers Stadium, Aug. 2, 1994
It was “magical to see those two guys on the stage together,” Engler says of the first of eight “Face to Face” tours pairing the piano giants. Pittsburgh’s was only the 13th show of hundreds John and Joel would perform together throughout the next 15 years. “It was a great show. It was wonderful. Absolutely history-making.”

7. Celine Dion at the Civic Arena, Nov. 29, 1998
Sure, the Canadian pop songstress has sold a lot of records and a lot more tickets — but does she really belong on this list? Absolutely — because this show kept the Civic Arena in the concert business until its closing. The show was originally scheduled for Sept. 12; “They did the weight calculations, they put the show up. During the setup, before the sound check, the ceiling started to collapse,” Engler recalls. The original steel structure of the arena roof was bent, and the show was rescheduled. The arena made the necessary modifications to support the equipment, thus keeping things safe and secure for more than a decade of performances.

6. Bruce Springsteen and the E Street Band at PNC Park, Aug. 6, 2003
PNC Park opened for business in 2001, but it would be more than two years before the stadium hosted its first concert. With the Pittsburgh skyline in the background, Bruce Springsteen christened the park with hits including “Born to Run,” “Dancing in the Dark,” “Glory Days” and “Hungry Heart.” 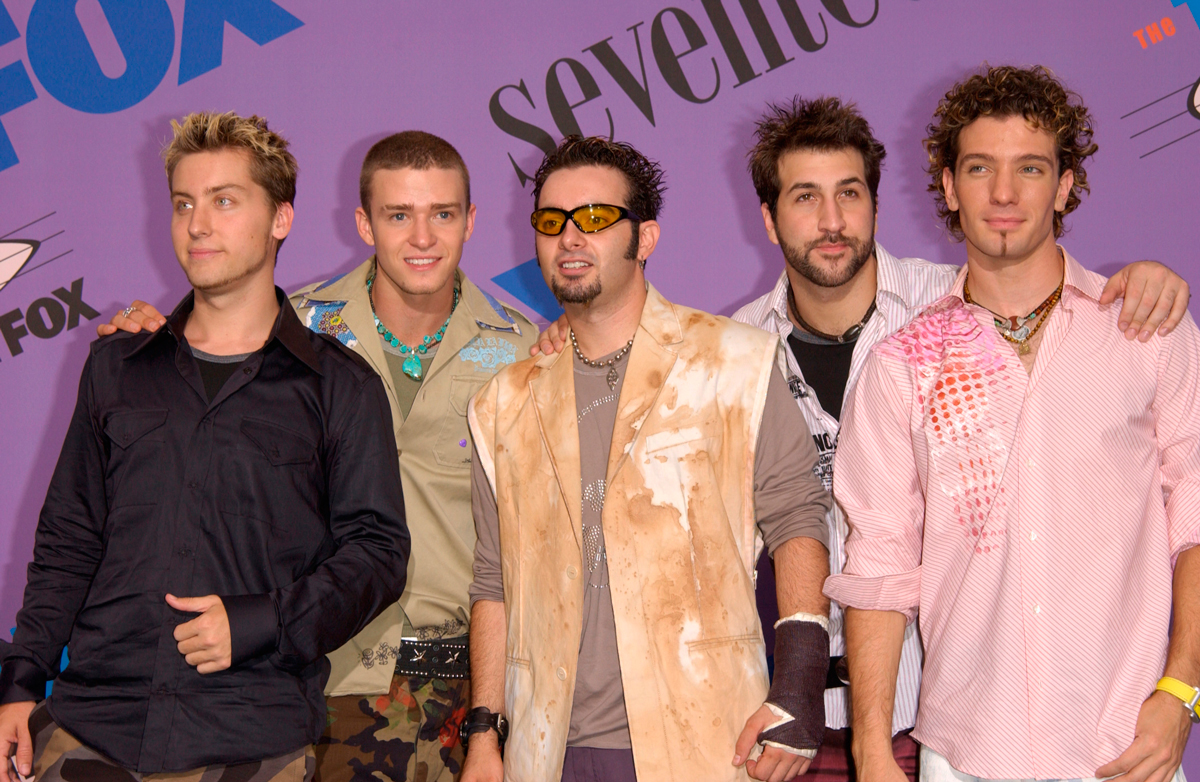 5. N’Sync at Heinz Field, Aug. 18, 2001
The Steelers’ home base, however, wasted no time in welcoming concerts; not only was N’Sync’s performance at Heinz Field the first concert at the venue, it was the first event of any kind. That’s right: Justin Timberlake appeared at Heinz Field before the Steelers did. How do you figure out the sound at a brand-new venue? In this case, you just didn’t worry too much: “It was one of those acts that the girls were screaming practically through the whole show. Since ’01, the sound has improved immensely,” Engler says.

4. Simon and Garfunkel at Three Rivers Stadium, Aug. 30, 1983
There was more than a bit of morbid curiosity in the crowd of 40,000-plus who came to see Simon and Garfunkel on the North Shore in 1983. The duo was touring for the first time since 1969 and infamously did not get along; Engler recalls that the two did not speak or even look at each other throughout the evening. “They had to have separate dressing rooms; one was in the Steelers’ locker room and one was in the [visiting locker room].” Nevertheless, he says, “They were great. ‘Bridge Over Troubled Water’ and all their hits were so well-received.”

3. Elvis Presley at the Civic Arena, Dec. 31, 1976
The King rang in his last New Year on stage at the Arena, singing “Auld Lang Syne” at the stroke of midnight. It was Presley’s third Pittsburgh concert, and was well-regarded by critics and fans alike. DiCesare-Engler was not the promoter on any of Elvis’ appearances, as the performer’s manager, “Colonel” Tom Parker, handled all the details personally. That didn’t stop Engler from trying to get the gig — but when he asked Parker about taking over local promotion duties, Parker sternly replied, “Nobody produces or gets close to Elvis except the Colonel.”

2. The Beatles at the Civic Arena, Sept. 14, 1964
“They changed modern music for several generations,” Engler says. The only local appearance by the Fab Four occurred 50 years ago next month; reports indicate that the gig nearly was inaudible over sustained, deafening screaming from the crowd. As such, a set list from the night is tough to pin down, but it almost certainly contained renditions of “Twist and Shout,” “She Loves You,” “Can’t Buy Me Love” and “I Want to Hold Your Hand.”

1. Bob Marley and the Wailers at the Stanley Theatre, Sept. 23, 1980
The final performance by the reggae legend took place in downtown Pittsburgh. Marley was diagnosed with melanoma in 1977; he passed away in Miami in May of 1981. “I gave him every opportunity not to play because he looked so bad. I felt so bad for him,” Engler remembers. Marley insisted, however, telling Engler, “My band needs the money. I got to do it.” A recording of the performance was the most-traded bootleg in the world for years; it finally received an official release in 2011.

“Behind the Stage Door: A Promoter’s Life Behind the Scenes” is available at select Giant Eagle locations, on Amazon and at richengler.com.