The 10 Most Enjoyable Parts of the Pittsburgh Marathon

Runners who have conquered the entire 26.2 miles share their favorite stretches of the city-spanning race. 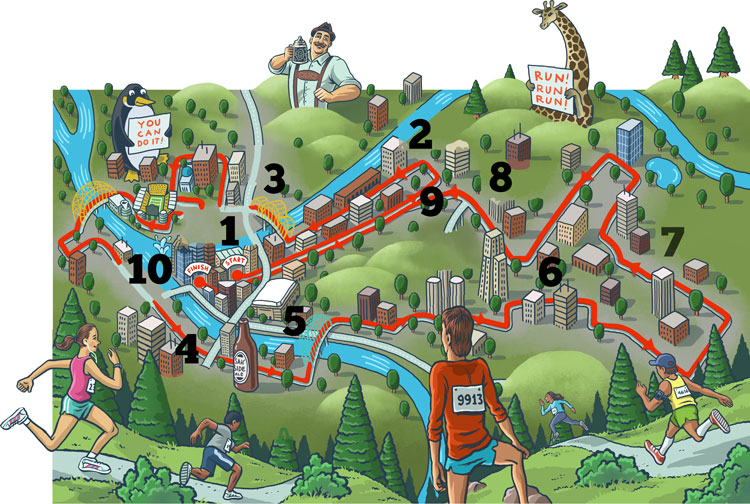 The Dick’s Sporting Goods Pittsburgh Marathon is celebrating its 10th anniversary this year. Yes, there have been more than 10 Pittsburgh Marathons, but 2018 marks the 10th consecutive running of the city’s flagship race since it was resurrected in 2009 (financial difficulties felled the race from ’04-’08).

A slew of races make up Marathon weekend — a 5K, a toddler trot, a pet race and more — but for those aiming to conquer the full course, we’ve consulted with former runners to identify the 10 most enjoyable stretches of the city-spanning race. 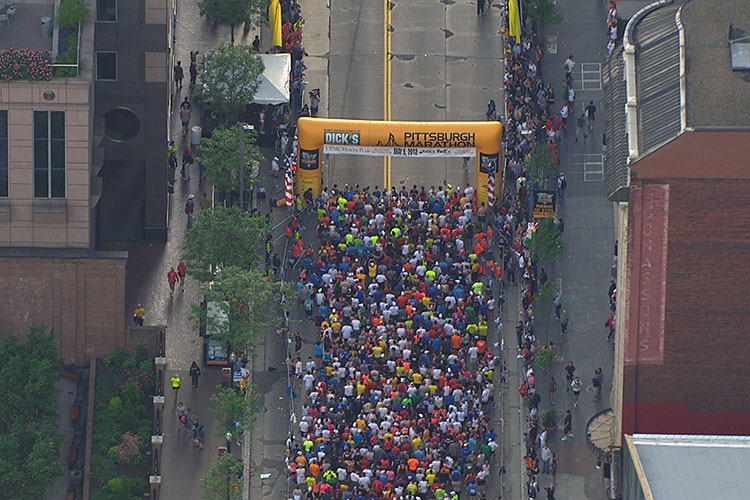 1. The Starting Line
Adrenaline and anticipation build as the corrals begin to release runners onto the road. 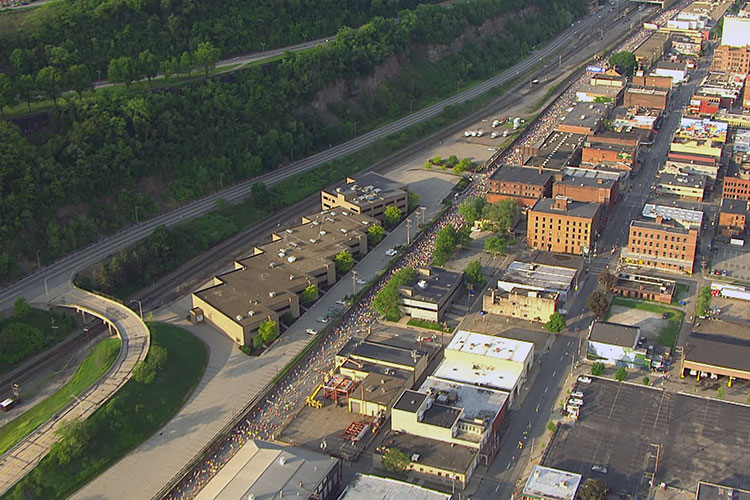 2. Penn Avenue in the Strip District
Live bands play alongside the race course, keeping the blood pumping through the Strip. 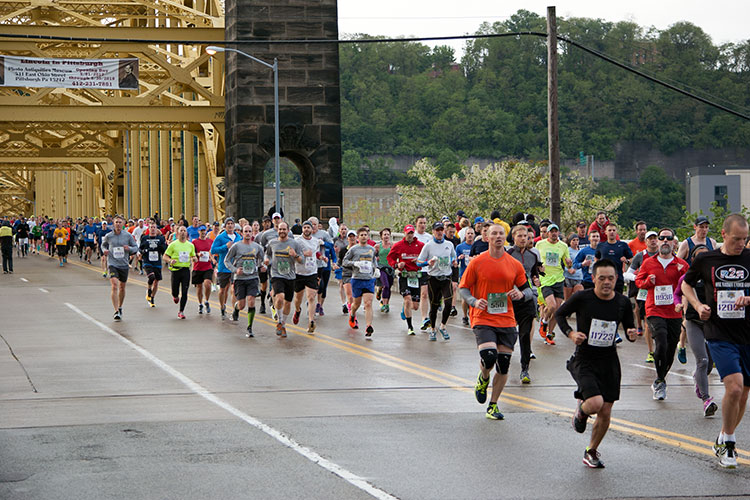 3. Sixteenth Street Bridge
The first of three bridge crossings takes you over one of the city’s most picturesque spans.

4. East Carson Street
The atmosphere through the South Side on race morning rivals that of a rowdy Saturday night. 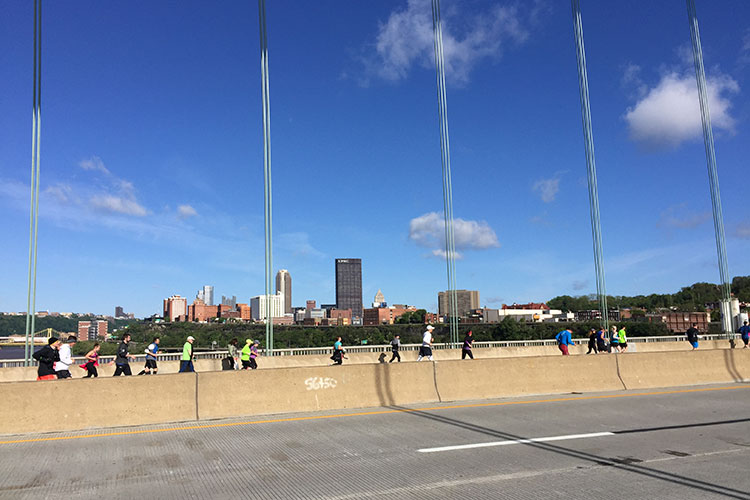 5. Birmingham Bridge
An encouraging crowd gathers (and treats are offered) to help rally for the long hill ahead.

6. Walnut Street
After the uphill grind through Oakland, recover with a pleasant (and blessedly flat) stretch of Shadyside.

7. Frankstown Avenue
Homewood has developed a reputation for turning out in full force, perhaps moreso than any other neighborhood along the course.

9. Liberty Avenue
As runners tear downhill, once again passing through the Strip District, victory is close; a “motivation station” marks one mile until the finish line. 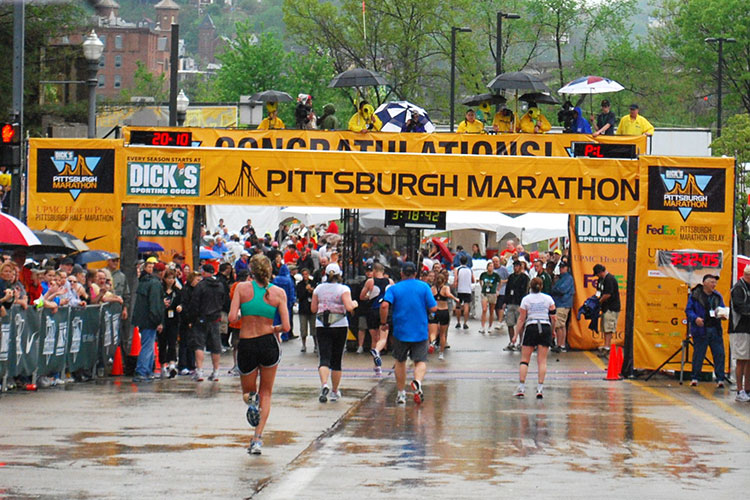 10. Finish Line
Throngs cheer as racers cross the finish line and walk joyously (if exhaustedly) into a street party.

This article appears in the May 2018 issue of Pittsburgh Magazine.
Categories: From the Magazine, Hot Reads, Sports